Last week, a friend of mine told me about this 31-year-old lady who, after just six months of marriage, walked out of it.

Hers had been a long-distance relationship as she and her boyfriend both worked in different Counties. After dating for slightly under two years, they eventually held their customary wedding ceremony six months ago. After the traditional wedding, she quit her job as an Administrative Assistant and joined her husband, a businessman, in his hometown.

So what happened in those six months, enough for her to walk out, vowing never to return?

Well, she says that immediately after the traditional wedding, she started looking for work as she didn’t want to stay idle. She also wanted to earn her own money. But her husband was hesitant about her getting a job. He, in not so many words, implored her to stay at home. He said that her money would not be necessary because he would adequately provide for her. He asked that she focus on trying to conceive as soon as possible.

Also See: He Slapped me Hard Because I asked him to Serve me Food. I was Still Weak from Childbirth

Though not fully convinced she didn’t protest much because, as a newlywed, she didn’t want to start disagreeing with her husband that early in the marriage. But soon, she began feeling trapped.

Strangely, each time she stepped out of the house – even to the local kiosk, her phone would soon start buzzing. It was her husband, asking her why she was going to the shops yet ‘everything she needed was in the house’. Her husband would always ensure that the house was well-stocked with supplies, so he needed an explanation about what it was she was going to buy.

Also, how he knew each time she stepped out of the house even when he was miles away remained a mystery to her. But he would always know. Seems like someone was watching her. And reporting her. Or maybe he had a hidden camera in the house?

She also began to realize that no matter what she did, it was never enough for her husband. The bed was never spread straight enough, his shoes were not shiny enough, his shirt collar was not well-pressed, the tea leaves were not enough, the bathroom was not clean enough, the salt in the food was too little or too much… basically, everything she did was not enough for him. Since nothing was ever good enough for him, he was always annoyed, and snapping at everything. Whenever she was around him, she felt as though she was walking on eggshells.

Every single phone call she received – she had to explain who it was and the nature of their conversation. Including her mother.

In fact, he forbade her from talking to her mother often, and told her that he would only allow her to do so ‘once a week’ and the conversation ‘should not go beyond two minutes’.

He also went though her list of friends (he had written them down in a notebook) and she watched him cross off those she shouldn’t be friends with anymore.

Waiting for a Slap, and More

Another reason she gave is that even though the man hadn’t inflicted any physical abuse on her, her instincts told her that it was just a matter of time before he did so. The hot slap across her face was coming. She could tell. And with all the cases of domestic violence and women being battered to death by their ‘dear husbands’, she wasn’t going to be one of them.

So she fled for her dear life, in her own words.

Too Soon to Leave your Marriage!

Family, relatives and friends were shocked. Most told her that she should have hang on a little bit longer. That it was too soon to leave. Had they even tried counseling? Had they tried to resolve her issues differently? Had they involved the elders? Had she tried prayer and fasting? Had she watched ‘War Room’?

Other sympathetic ones told her that because the man was already abusing her emotionally, he would eventually have turned out to be physically violent.

She’s now back home to her parents. So those are the reasons why she left her marriage after six short months. Also, she’s just found out she’s pregnant.

What are your thoughts about this woman’s situation? If you’ve ever walked out of a marriage and you would like to share your story, email me on maryanne@mummytales.com

You may also like to see the video below titled: From the Diary of a Divorced Woman – Oops Zippy! 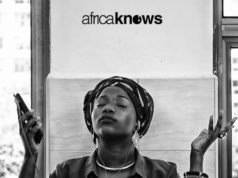 What Will your Children Remember About You? One Mom’s Sentiments 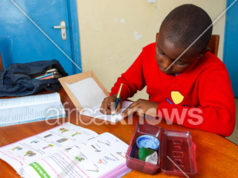 What to Do When Your Child Forgets Their Homework at School