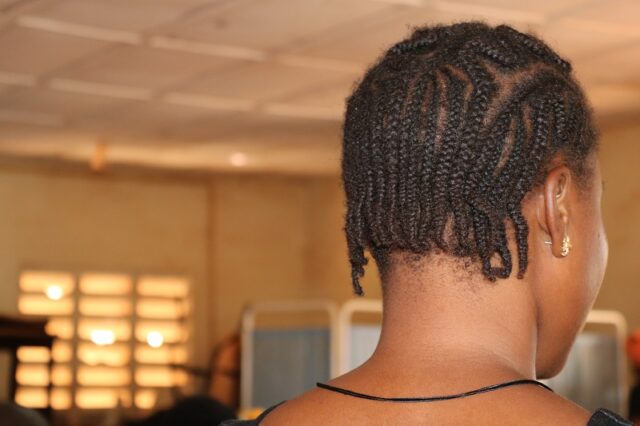 Hello friends. So today, I feature the story of a young 29-year-old mom who sent me her story about her abusive relationship, and the incident that eventually made her leave. Read her story below.

PS: If you have a story you’d like to share, you can email me on maryanne@mummytales.com and I’ll be in touch.

“I got into a relationship with a man who I believed was ‘the one’. However, his true colors would soon begin to show. He started attacking me right from the early stages of the relationship.

After coming home from work, he would go through my handbag and phone just to check who called or sent me text messages. Whenever he thought he saw something suspicious, he would demand an explanation. Sometimes he would hit me while doing so and the more I would try to reason with him, the more he would beat me up. The abuse went on as the relationship progressed.

Before long, I discovered I was pregnant. I hoped that he would change since we were now going to have a baby.

It so happened that my pregnancy was complicated and ridden with different health issues. Despite being aware of this, he didn’t make things any easier. There are days when he would attack me, make attempts to strangle me, hit me and outrightly say that the pregnancy wasn’t his.

You may also like to watch Lillian Mbuthia’s story below. After dating for 7 years and being married for 3 years, Lillian left her marriage. She tells her story.

Meanwhile, my health challenges during the pregnancy led me to lose my job as I would miss work so many times. When I became jobless, the abuse intensified. He would say that I was nothing without him. He told me not to think about leaving him, threatening that if I did, he would track me and kill both me and the baby. I lived in perpetual fear of him. I also wondered where I would go -pregnant and jobless.

Meanwhile, my midwife cautioned me that the stress from my relationship was affecting the pregnancy and giving me high blood pressure. I used to confide in my sisters and my grandma about what was going in, and they would caution me, telling me that if I didn’t leave, it was only a matter of time before he would kill me one day. But I was too scared to leave him because I was sure he’d track me and kill me and my baby -as he had said many times.

However, one day when he beat me up so bad, I attempted to leave. But he beat me some more and locked me in the house before leaving for work.

Eventually, by the grace of God, I delivered my baby. One time, I begged him to serve me food (I was weak from the birth and was still bleeding) and instead of giving me food, he slapped me across my face because I had dared ask him to serve me.

I got a job when my baby was around one year old. Then he started accusing me of sleeping around because I suddenly had money. He would gang up with his mum and they’d frustrate me. (I used to live with his mum upcountry, and she knew about the abuse).

One time, she told me “Even if he beats you up, I will still support him because he’s my son.” She would often ridicule me.

The last time he hit me was when our son was 1 year and nine months old. That was the last straw. I got up and told myself that I was not going to raise my son in that kind of environment. I vowed that was the last time that he was going to hit me.  That day, I left. Our relationship lasted three years. Three years of continued abuse.

I rented a single room and began life with my son. It’s where we still are today. I hustle together with my son. Starting out has not been easy; I don’t have much, but I know God will provide. It’s not easy, but at least me and my son have peace.

It has been six months since I left. He has never reached out to know about me or our son, and that’s okay.

Also Read: Why and Educated, Intelligent Woman Like me Stayed in an Abusive Marriage

What I would like to tell a woman is that if he hits you for the first time, he’ll surely do it again. And again and again. Don’t wait until its too late. And don’t be afraid to leave and start your life together with your child. There is no harm in being a single mother and I believe you will be helping your children more by leaving, rather than raising them in the toxic environment of domestic violence.” -END

Have you ever been in an abusive relationship, which you left? What would you like to tell other women based on your experience? Email me on maryanne@mummytales.com and I’ll be in touch.

If you are in an abusive relationship or know someone who is, you can call the National Gender Violence Helpline (toll-free) number: 1195 and you will be assisted. Calling 1195 is free and operates on a 24-hour basis so you can call at any time, from any part of Kenya.