Wangu Kanja is the first sexual assault survivor I ever interviewed. I greatly admired Wangu for her strength and bravery in relieving a very painful episode in her life. I admired her for her quest to use her experience to bring about change regarding one of the gravest ills in society. As we draw nearer to the 16 Days of Activism Against Gender-Based Violence, I today share with you Wangu’s story, with the Wangu Kanja Foundation being a helpful resource on sexual and gender-based violence. This is part of the article I published in The Standard newspaper from my interview with her in 2008.

“What if I had skipped work that morning?” “What if it had not rained and there was no traffic snarl-up in the city?” This fruitless attempt to re-arrange a traumatic past is a matter that 32-year-old Wangu Kanja is all too familiar with. For almost three years, these “What if?” questions dominated her mind. She spent these dreadful years in a depressed mood, involuntarily drowned in the sea of self-blame following a harrowing attack. These “What if?” questions, for which there were no easy answers, were slowly and insidiously crippling her psyche.

In 2002, Wangu lived through an experience that will be forever etched in her memory. A marketing consultant with a taxi firm in Nairobi, she was pursuing a potentially lucrative transport deal with an important client. She was ready to pull out all the stops — even if it meant travelling late at night. Wangu remembers that on the evening when she went to meet her business contact, it was cold and rainy, and the evening traffic in Nairobi was heavy. Driving with the client, who was accompanied by his friend, Wangu recalls that he decided to stop at his house to pick his pullover. Thereafter, the two would drive Wangu to her home.

It was however at the man’s gate in Kimathi Estate, Nairobi, that they were accosted by another vehicle. Suddenly, three men in the other vehicle stepped out and roughly forced their way into Wangu’s car. As they were driven away, a fourth gang member followed closely in the car they had come in. Perhaps to ensure that they were not followed, the men drove in circles around BuruBuru and Outering areas.

Finally, after what appeared like a lifetime, the armed men stopped both vehicles at a dark alley. Shoving and ordering them about, they mercilessly hounded Wangu’s colleagues into the trailing vehicle, before abandoning them. All four gang members then drove off with Wangu as their lone captive.

“It was about 10.30pm. As I sat in the company of the four strangers, I basically knew my life was over. I made a silent prayer, hoping against hope that some sort of miracle would happen.”

Her fears were somewhat assuaged when one of the men assured her that no harm would befall her because, he said, she was like a sister to them. “There was some sincerity in his eyes,” Wangu recalls. “His tone of voice offered me some comfort.” 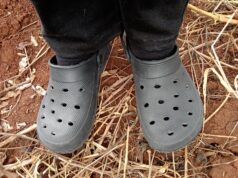 Why I put my teenage daughter on the contraceptive injection 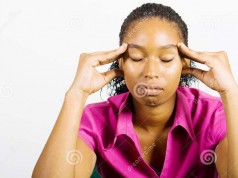