Not long after, they reached an isolated open field where the thugs split up, three of them taking off for another thieving mission. Wangu was then left under the charge of one thug. Unfortunately, this was not the ‘considerate thug’ who had reassured her of her safety. Instead, it was a heartless thug whose actions forever changed her life. In that late of night, in the pounding rain, and with a gun to her head, he raped her.

The following day, a confused and emotional Wangu reported the matter to the police and then headed to hospital for medical care. But while her immediate medical concerns were taken care of, the trauma of the ordeal was too much for her to bear. 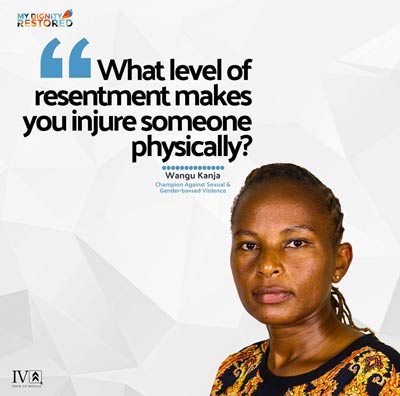 Against her conscience, Wangu recalls, she changed into a person she could hardly recognize. For two-and-a-half years, she drank heavily.

“I was what you would call the ‘walking dead. I was so angry, so hateful, so ashamed and so depressed that I didn’t know whether I would ever regain control of my emotions,” she says.

“I recalled in vivid detail everything that happened. I had recurring nightmares and flashbacks. Was there something I might have done differently to ensure that the man did not force himself on me?”

It was after hitting emotional rock bottom and finally accepting that there was nothing she could do to reverse the ordeal that she finally snapped out of her depression.

“I was tired of feeling sorry for myself. After the rape, I didn’t want to live. I was overwhelmed by feelings of shame and regret.” One day in 2005, she recalls, “I woke up and decided that I had had enough of sitting around and wallowing in self-blame. It was then that I sought professional help. That was when my healing began.” 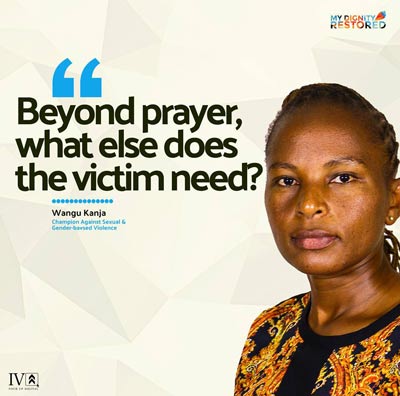 Since then, Wangu has been talking openly about her experience. Mainly, she speaks in public forums: schools, churches, places of work and conferences. Fearlessly, Wangu shares her story with the aim of creating awareness about the trauma of sexual assault. She also teaches how one can avoid risk situations, and how to survive such an experience and continue to live a normal life. This she does through the Wangu Kanja Foundation.

“Speaking out has been therapeutic for me,” she says. “Not only is it a healing process, but the feedback I get from people nourishes my spirit. When people say that I have made a difference in their lives, it feels rewarding. Many women who have been raped tell me they are too afraid to speak for themselves and are glad that I speak for them.”

In spite of her trials, Wangu has been lucky to have the support of her family. Immediately after the rape, she says, her sister accompanied her to the hospital. Besides, her parents have been supportive. Hardest hit has been her father, whom she says has had a difficult time accepting that his daughter was indeed raped.

Of her attacker, she says, “I have forgiven him. If I were to meet him today, I would tell him that I forgave him. It is pointless to hold a grudge.” 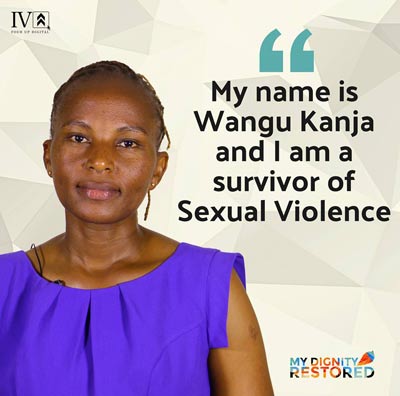 Mummy Tales is a blog dedicated to empowering its readers on different aspects of maternal and newborn health, as well as various issues surrounding motherhood and women. Keep up with the latest posts on Mummy Tales by subscribing to new posts. You can also follow Mummy Tales on: FACEBOOK  l INSTAGRAM  l TWITTER