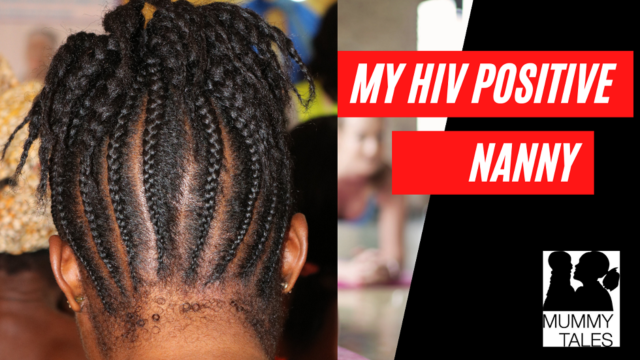 Living with a HIV positive house help or nanny. How does that work out? Well, today, I have an enlightening experience from Sarah, a Mummy Tales reader who sent me her story of what she did when she found out her nanny was HIV positive. Read on…

“I discovered my nanny was HIV positive 11 months ago when she developed herpes zoster. We had lived with her for two years by then. Interestingly, she also didn’t know she was HIV positive, and it’s only when I took her to the hospital for the herpes zoster that she was tested for HIV. Once the results were made known to her, she was counseled and immediately started on ARVs.

At that time, I had just delivered my third born, and with my nanny unwell, I employed a day scholar house girl to undertake the house chores while she recovered at our home.

Let me be honest. The first thought that came to my mind after I learnt that she was HIV positive was to fire her on the spot. However, my husband, a medic, didn’t support me on this. He first wanted to understand what my concerns were.

I explained to him that I feared for my kids, especially the newborn. I told him I was afraid of leaving her alone with the baby once my three-month maternity leave ended and I had to return to work.

But as we talked, we got to admit that our nanny had been nothing but good to our family and especially our children. She did her work well, was respectful and our kids love her to bits. I really had no issues with her. So, after a lot soul searching, I decided to keep her.

Also Read Tabitha’s Story: The Day I Found out my House Girl was HIV Positive

The one thing that I however made sure I did was have her take a TB test, because sadly this would have been our point of separation if the results would have been positive. Thank God they were negative.

The truth is, most of us employ house girls without knowing their health status and if they have any medical conditions that need special care or attention, just the way I did. When it comes to HIV, it’s not easy to tell one’s HIV status, and it’s even possible for someone not to be aware that they are infected, just like my nanny was.

Also Read: 12 Questions to ask When Interviewing a House Girl

At the hospital, we were told that she must have been HIV positive for about six years. She has a seven year-old son, whom she was advised to take for an HIV test. Thankfully his results returned negative.

She suspects she was infected by the father of her son, whom she was married to but had parted ways with him five years earlier. He is now deceased, having been beaten up by thugs long after she had left him.

I Take Care of Her Well

Today, 11 months later, my nanny is still with us. I take time to talk to her and encourage her. Whenever she goes to the clinic for medication and review, she and other patients are given HIV & AIDS education, including how to stay healthy and prevent passing on the infection to others.

We just advise her to be careful -basically the same stuff she learns at the clinic. Actually, by the time I’m telling her some things on care, she already knows them from the teachings she receives at the clinic.

I support her as best as I can. I make sure she eats well, vegetables and all. It also helps that she takes her medication and her health very seriously. She has even set an alarm on her phone to remind her when to take her medication. She never misses to take her drugs and at the recommended time. She has also invested in warm clothing to avoid catching colds and coughs and so far we’re managing well.

You too Can do It

So yes, it’s possible to keep a house girl who is HIV positive, even when you have little children in the house. This is my experience, and I hope my story will encourage a mother out there. Our house girls, regardless of whether they are HIV positive or not, need care and love. And from my experience, I have seen that they really appreciate what you do to them and for them. Thank you Maryanne Mummy Tales for sharing my story.” -END

Thank you Sarah for your honesty in sharing your experience, which is quite enlightening. So how about you fellow moms? What would you do if you found out your house girl was HIV positive? Would you keep her, or would you let her go? This is a question that I see being raised many times in the mommy groups I’m in, meaning that it’s an issue that troubles many moms.

If, just like Sarah you also have a story that you’d like to share with other moms, email me on maryanne@mummytales.com you never know the impact your experience could have on the next mom who reads it. 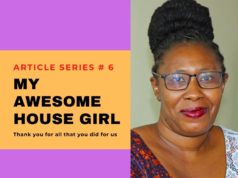 House Helps in Kenya: “Why I’ve Worked for 12 Years in this Home” -Ruth’s Story 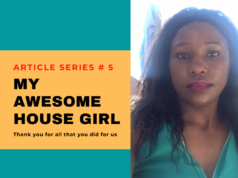 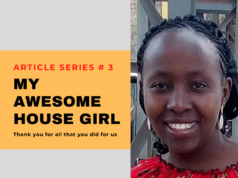 House Helps in Kenya: My Nanny Cared for my Child With Special Needs