A few weeks ago, I was in Kawangware to meet a new couple – the Mogambi’s. This couple had recently become new parents and what particularly struck me most -and what actually made me want to meet them, was how jovial the man was about being a new dad. His excitement was so infectious I just had to meet him and share his story.

Eric Mogambi, 24, could not stop talking about the birth process of his newborn son Ray Ibrahim, and the fact that he witnessed the delivery. He recalls the moment:

“I was with my wife throughout the labour — which lasted close to 10 hours. Even though it was a long and anxious wait, it was one that I gladly endured. The highlight was when I welcomed my son into the world, being the first person to hold him and even cutting the umbilical cord. It was such a joyous moment,” a proud Mogambi says. 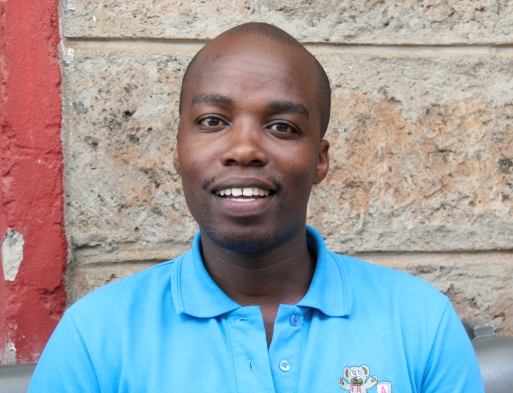 But Mogambi’s close involvement in the life of his son did not start that day.

“When my wife missed her periods and began complaining of nausea, I quickly rushed to the chemist and bought a pregnancy test kit. We were both elated as we watched the test kit yield positive results,” he remembers.

Mogambi then accompanied his wife for her first antenatal visit and continued to do so throughout her pregnancy. This they did at a local private health center called Fremo, located in their Kawangware neighbourhood in Nairobi.

Aside from accompanying his wife for prenatal checkups, Mogambi would also assist her with household chores as the pregnancy advanced.

“I would cook, clean the house and do the laundry when I returned home from work. Since she particularly craved ugali and green vegetables, I would prepare them just the way she liked them,” says the security officer.

So it was therefore only natural that when she went into labour, Mogambi was by her side as they ushered their son into the world.

Interestingly, while growing up in a rural village in Birongo, Kisii county, Mogambi always knew that matters to do with reproductive health were solely a woman’s responsibility. In a predominantly male society, Mogambi had never heard of a man who involved himself in matters of pregnancy and childbirth. So what happened with him?

“When I came to Nairobi, I got work as a security officer at a health centre. It was there that I saw men coming with their wives to the clinic. I found it very odd at first and assumed the men were weaklings. But the more I enquired, the more I discovered that what they did was actually a good thing. They truly loved their wives and were not afraid to show it. It did not make them less of men and I concluded that I would do the same when my time came,” he says.

And indeed, when his wife fell pregnant, Mogambi did exactly that, offering unwavering support to his wife. But it was not only his wife who benefited from the experience. He too was gaining from it.

“During the prenatal checkups, the nurses would give us information about the pregnancy, labour and birth. I learnt new things every time, with each session helping us both psychologically prepare for the labour and birth,” he says.

In addition, the health centre would hold open days for pregnant women each quarter, sessions that Mogambi and his wife attended without fail. It is there at the couple would gain more information about breastfeeding, immunization and family planning options after the birth of the baby. Information that came in handy after their son’s birth.

“My wife initially struggled to breastfeed as she could not get the latching technique correct. But I would patiently sit with her and help her correctly position both she and the baby for a comfortable nursing experience,” Mogambi says.

Since his son’s birth in May, Mogambi has been encouraging other men to be more involved in the pregnancy and birth experience of their children.

“Supporting my wife in this way makes me feel proud. It is very fulfilling and I believe it is the most responsible thing that a man can do for his family” he says.

His wife Emma expresses her joy at her husband’s hands-on approach to parenting.

“Because of his continued support, I have always felt relaxed and confident. During my pregnancy, I never worried about anything because he was always there with me. Even during labour when the pains were excruciating, it comforted me so much when he would hold my hand, rub my back and encourage me to be strong. I am lucky to have a man like him,” she chuckles.