This morning, a good buddy of mine asked me and a few other friends a question that is always on many a woman’s mind.

So I’ve asked around our mutual friends and the responses are quite interesting. We do have women friends in our lives who don’t add any value to us at all, and they include the following:

–          Friends who call you to download and vent their different issues then hang up leaving you totally drained. Meanwhile, they never even bother to ask how you’re doing yourself. It’s all about them, them, and more them.

–          The kind of friends who keep complaining and finding fault in everything –their work, their family, their relationships… and it somehow feels like it’s your duty to comfort them.

–          The kind who when visiting you, will not move an inch from the couch to get themselves a drink from the kitchen (yet they know they are free to do so) or rise up to pour themselves a drink, all the while expecting you to serve them and be at their beck and call.

–          The kind of friend who you think you are close with, and so you invite her to your wedding but who doesn’t show up and you never hear from them. Then you call them up about a month later –fearful that maybe something happened to her, only for her to tell you of how guilty she’s been feeling and can’t face you –guilty because she didn’t come to your wedding because of some reason that does not even sound credible to herself.

–          Friends who when visiting you, you feel obligated to go out of your way to entertain them lest they get bored. You do everything possible to make them happy, even if it means assembling all your kids and telling them to break into song just to entertain the visitor.

–          Friends who call you just to brag about their kid’s birthday bash which they didn’t invite you or your kids to. Then post the photos on their facebook account and tag you in this photo album.

–          Friends whose kids always come to your place for sleep-overs but when yours ask to go to their place, they give all sorts of excuses –that their housegirl is on leave, that it’s their turn to host chama that weekend, that they’re replacing all their furniture that weekend etcetera etcetera… Three years on they’re still giving excuses and three years on their kids have slept over at your place numerous times.

–          Friends who come to your house and act as though they are much better off than you. They don’t hesitate to remind you that their children go to the most upmarket schools where ‘so-and-so’s child is also a pupil there too (a celebrity parent).

–          Friends who search for you endlessly –calling you, SMS’ing you, skyping and facebooking you – just to let you know that their kids are going to South Africa for holiday camp.

–          The kind of friends who don’t understand when you have to leave ‘the coffee with the girls’ early or can’t be out late (like you used to before) because you have to go home to be with your kid, or have to miss the Sunday afternoon ‘polite nyam chom/easy drinks plot’ because auntie has the day off and you have to hang out with the kids.

–          Friends whom you’re having coffee or a drink with and when you have to leave because your husband has arrived and is downstairs waiting to pick you -they roll their eyes and jokingly say “Nowadays you’ve changed so much since you got married…that siku hizi unaringa sana…” (but after a while you notice that they’ve stopped saying it jokingly).

–          Friends who never forget to mention that their living room furniture set was purchased from Odds & Ends while casting glances at your set that was obviously made by Njoroge whose furniture shop is located along the dusty path of Gacharage road.

–          Friends who talk about how they do their hair at that upmarket salon and they share the same hair stylist with Millie Odhiambo, Martha Karua or Rachel Shebesh.

–          Friends who you have to book an appointment three months in advance just to visit them. One of my pals has actually told me that she has a friend who has a daily guest list at the gate and if you’re not on it on that day then the watchman won’t open the gate for you. Even if you produce your identity card to show that you’re a relative of hers, the watchman still won’t open for you because you’re not on the list.

But you know what the bottom line is? Friendship need not be a struggle. You need to have friends whom you don’t feel you owe anything to. Friends with whom you are comfortable around. Friends who don’t make you feel like they’re in competition with you. Friends who if they visited you and after all stories have been beat there develops that ka-silent moment (the shetani amepita moment) you don’t feel that you are the one who has to suddenly start a conversation and pressured to say something –however irrelevant or idiotic it is. Friends who drain you and make you leave you feeling oh so tired. *Yawn*

We need to embrace those whom we have sincere times together, friends who understand that some inevitable changes have to happen when one’s status changes -that ideas change, priorities change, time becomes limited…and that it has nothing to do with intentionally alienating them from your life, we need the kind of friends who we can call in the middle of the night, the ones who you can go to their house with a running tummy and sit on their toilet bowls and sigh with relief as you go about your business loudly….

PS: A big thanks to my lady pals for inspiring this blog post and for allowing me to quote you word for word. You know yourselves. Cheers mamas.

So what kinds of friends are in your life and who you think you are better off without? 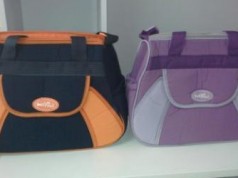 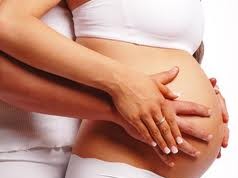 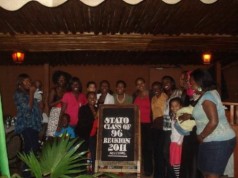