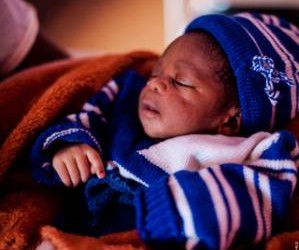 I’ve just come across a report by Save the Children about newborn health, and I will make it the subject of my post today.

When I was pregnant with my first son, I enjoyed every moment, longing for the day I would hold my new baby in my arms, the day I would be a mom. Those nine months were filled with nothing but pure joy and anticipation. It was a smooth pregnancy, and I never missed any of my antenatal appointments. I went on to have a successful Caesarean Section.

When my son was slightly over a year old, I embarked on the pregnancy journey again, and successfully carried to term my second son. Once again, I delivered via caesarean section. Both my ANC visits and births, as well as post-natal care were at a private hospital in Nairobi.

I am one of the lucky ones in my country; I can afford the luxury of paying for my own private healthcare. Not many women in Kenya are as lucky.

Back to the report by Save the Children titled: Ending Newborn Deaths; Ensuring Every Newborn Survives that I came across, 1 million babies did not survive their first –and only day of life in 2012. In the same year, 2.9 million babies died within 28 days of being born. Most of these deaths were in Africa, and ofcourse Kenya contributed its share. The statistics don’t get any better. Apparently, 6.6 million children died before their fifth birthday in 2012. 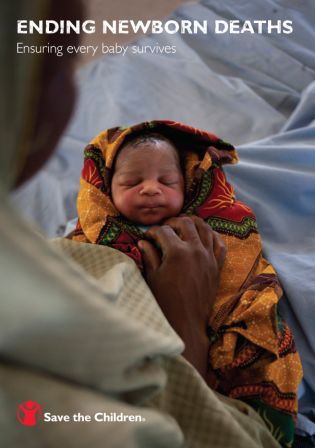 To give you a more local picture, one in every 13 children in Kenya dies before their fifth birthday. Imagine that. Sadly, most of these deaths are from preventable causes. In 2009, there were 34,000 still births in Kenya.  That’s quite a huge number, isn’t it?

Many newborn deaths are as a result of severe infection/sepsis, pre-term births, stress from prolonged labor and congenital abnormalities. Most of these deaths are avoidable, especially if health experts are present to help the mother deliver and tend to the newborn.

And by the way Kenya will not meet MDG4, that of reducing under 5 mortality by two-thirds by 2015. We’ve made progress yes, but we certainly will not achieve MDG4

If you are reading this, you most likely have access to a private hospital –you can access it if you so wish. But you are the minority, as a huge population of Kenyans –largely that which lives in the rural areas or those in urban slums don’t have that choice. For many women in rural areas, the mere ability to even access a public hospital is a privilege. When you consider their poverty levels, how economically disadvantaged they are, their low literacy levels, their ignorance, their lack of access to information about family planning, the patriarchal society they live in, the traditional myths and superstitions that only prevent them from access to proper health care…the list is endless…Combine this with poor infrastructure in the country, lack of adequate and equipped health facilities, unmotivated and understaffed hospitals, striking health workers, politics about (health) devolution -and it does not look good.

It pains my heart to see a pregnant woman walk into a health facility and leave without her baby. It greatly saddens me. Especially when I learn that the death could have been avoided. I mourn for the baby that never made it out of the hospital, or even the one that never made it to the hospital in the first place. I cry for the baby who got an infection when she was being delivered at home, or in a facility that was not adequately equipped. I cry for the mother who lost her baby in a case of negligence at a health facility. I read of this cases all the time -in the newspapers and on television. As a journalist, I sometimes publish these stories.

And that is why newborn health matters to me. Since I became a mom myself, it has become an issue even more close to my heart than it was before.