Yesterday, I had an interesting episode . Those of you who hang around me know that I’m determined to exclusively breastfeed Kitty for his first 6 months. I have about a month and a half more to go towards achieving this goal –yaaaay! By the way exclusive breastfeeding is certainly not for the fainthearted. It requires many a commitment and many a sacrifice.

So anyway, how I do this exclusive breastfeeding is I express first thing in the morning, then at lunch time in the office, and then first thing when I get back home in the evening.

What happens when I get to the office is I drink loads and loads of hot cocoa. To maintain good breastmilk supply, you know you have to drink lots of liquids. Hot cocoa works well for me. Now my employer provides us with hot beverages including hot milk+water thank God. I drink a cup of hot cocoa every hour from 9am to 1pm, such that by the time I’m due to express at lunch time, I have many milk.

What I forgot at home is the part of the pump that gets plugged into the socket, and which when power is switched on turns the pump into action. I’m not an electrician so I know my description is poor but I hope you get the picture.

This was not a good discovery because the time was 1pm and I wasn’t seeing how I was gonna get to 5.30pm without expressing as that’s the time I usually get home. My breasts were full and I could hear the milk tapping on the door threatening: “release us now or we burst out mama!”

If I had known I’d forgotten some of the pumping paraphernalia, then I wouldn’t have consumed all those cups of hot cocoa. I had an agonizing afternoon I tell you. My breasts kept getting fuller and fuller, and with it a great amount of discomfort. I kept fearing my chest would explode poooooof! anytime.

The boobies were aching from almost bursting and so I didn’t want anything to touch them at all. I didn’t even want my arms to be next to them, so all afternoon long I walked around with my arms a good separate distance from my upper body. As in I was walking around like a puffed up bouncer –si you know how those body building people walk with their shoulders and arms spread apart. Kinda like Johnny Bravo.

And when the clock finally struck 4.30pm, mimi huyoooooo I dashed out of the office as though I were being chased by a lion.  Strapping on my safety belt was even problematic as it only added to the pain and discomfort I was feeling, but I had to strap it on anyway. Me loves my safety and me likes obeying traffic rules.

Then began my journey and with how I was feeling, I didn’t want anyone or anything to delay me from getting home. While driving, I felt like breaking all the traffic rules and just speeding home already. I felt like jumping all the traffic lights, driving atop pavements and on pedestrian paths just like matatu drivers. I felt like driving with full lights on, beeping my horn and flashing my wipers at every slow driver, then giving them bad daggers and a bad sneer when overtaking them. I felt like totally ignoring zebra crossings and daring any pedestrian to cross my path. I was feeling invincible.

Then I wanted a cop to dare stop me. I wanted to ignore all cops and zoom past them while mentally telling them ‘mnisimamishe muone’. By the way there are three categories of people I would advice cops not to dare stop and they are:

b)      A lactating mum who forgot part of her breastfeeding paraphernalia at home and her breasts are now full and is rushing home before her chest explodes poooof!

c)       That guy who was once caught on camera beating up a traffic cop. The poor cop saw red that day -literally.

I was really spoiling for a fight. I kept looking at matatu drivers and kept daring them to cross my path –literally. Some matatu drivers can really annoy you. You actually wonder how they think –or if they think at all. And just like the cops, matatu drivers should be wary of these three characters:

b)      A lactating mum who forgot part of her breastfeeding paraphernalia at home and her breasts are now full and is rushing home before her chest explodes poooof!

Now the more I thought about matatu drivers and how they would waste my time on the road –stopping aimlessly to pick passengers, blocking me, suddenly cutting into my path or suddenly taking a turn without having bothered to indicate, the more I got worked up. I think I was even puffing and fuming at the mere thought of what I would do. I was ready to fight anyone or anything. I was ready for war. I felt like a Maasai herdsman searching for the lion that had killed one of his dear goats.

But thankfully, I had a smooth ride home. No major traffic, no cops stopping me, no matatu drivers behaving badly. And no chest explosion. Phew! I wonder if I would have executed all those mental threats I had been contemplating (hint to self: me loves my safety and me likes obeying traffic rules).

Anyway once home, I expressed 450ml in exactly 37 minutes. Yeah, it was that bad. 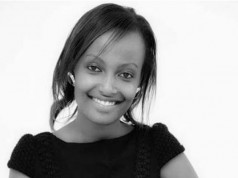 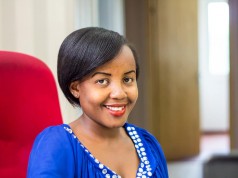