What kind of mother allows her infant daughter to get a Urinary Tract Infection (UTI)? That is the question that Dorcas Nthenya asked herself over an over again. Dorcas will never forget the day one of her twin daughters contracted a UTI at the age of only two months. This is her story, as she shared it with me.

“It all began when my husband arrived home for the weekend (he works in Nairobi while we stay in Embu) and when he held one of our twin girls (then aged two months), he immediately asked me for how long she had been breathing that way.

I was confused and immediately asked him: “breathing how?” He responded by saying she was breathing heavily.

Upon touching her forehead, we realized she was very hot, and when we took her temperature, it was 39.1 degrees Celsius. And that was the beginning of my nightmare. We don’t have 24 hour clinics or chemists in our town but thank God we had some fever reliever suppositories in the house and we immediately inserted one into her. I couldn’t sleep a wink and we were up all night monitoring her. When morning finally arrived, we rushed her to the paediatrician.

Aren’t UTI’s for Adults Only?

Upon examining her, the doctor sent us to the lab for a malaria test and a stool test. Both results were negative. He then told us that she most likely was suffering from a Urinary Tract Infection (UTI). He sent us to the lab once again to have her urine tested.

While heading to the lab, I wondered how an infant could have a UTI, because I knew it was only adults who get it. In fact, I had had several UTIs when I was pregnant with my twins, but my doctor had calmed me down, telling me that the condition was common with twin pregnancies.

At the lab, I didn’t know that collecting a urine sample from my baby would be so difficult! We had to use a urine bag to try and collect the urine but five hours later, we still had nothing. Even after dressing her in diaper, she still didn’t urinate. We were so frustrated!

Worried about her Twin Sister

Meanwhile, her temperature remained high, with my husband very worried that she could convulse any time. Despite giving her paracetamol every two hours, her fever was not going down. I had long stopped wiping my tears and just let them flow, worried to death as I looked at the state my daughter was in. She was so low, wasn’t smiling, was just crying weakly, and each time she fed, she vomited it all.

At the same time, I was equally worried about her twin sister as during those moments, I wasn’t able to breastfeed her as much as I would have wanted to. She wasn’t receiving much-needed attention from me.

The Diagnosis that Broke my Heart

Finally, after a very long wait, she finally passed a few drops of urine and when it was tested, the results were positive for a UTI. Even though the paediatrician had hinted at us that this could be the problem, the confirmation that my little baby girl had a UTI shattered my heart.

I couldn’t help but think I had failed in my job as a mother because, what kind of mother could let her newborn have a UTI? Had I not been changing her diapers carefully? Even worse, I now noticed that her crying had been weak all along yet I hadn’t noticed this. I hadn’t also noticed the fever. I berated myself for being a bad mother. I felt so horrible!

The paediatrician put her on antibiotics -oral drugs together with injections for five days because the infection was severe. Meanwhile, the fever went on for three more days.

My Mother, my Friend

At some point we even considered travelling to Nairobi for advanced treatment, but my dilemma was leaving her twin sister behind. But I decided I had to travel if my baby was to regain her health. So I called my mother all the way from Athi River to come over to our place in Embu and stay with the househelp while I was away in Nairobi getting treatment for the baby. Without any hesitation, my mother agreed.

But as she was finalizing her travel plans, God worked a miracle and my baby’s fever started going down. I then decided not to travel to Nairobi as I saw she was getting better. Thankfully, in a few days, she regained her health.

Look out for Warning Signs

I must say that it was a traumatizing time of my life, and I wouldn’t want any mother to ever have to go through this. This is why I decided to share my story with other moms on Mummy Tales. This is my advice to mothers, especially those with daughters as they are more prone to UTI’s than boys are:

Thanks Dorcas for sharing your story, and for the information you’ve provided. You can read more about UTI’s in children here.

Have you found this story helpful? If you have gained some information, then feel free to share it with other moms as it could help them too. And if, just like Dorcas you have a motherhood experience or advice you would like to share with fellow mothers, write to me at maryanne@mummytales.com

You may Also Like to Read the Article Below

My Rainbow Baby was Born with a Cleft Lip/Palate 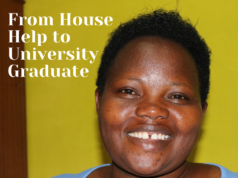 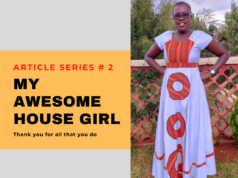 House Helps in Kenya: How my Nanny has Seen me Through my Worst 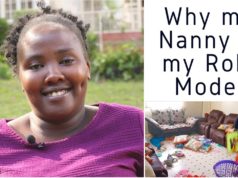 House Helps in Kenya: Why my Nanny is my Role Model