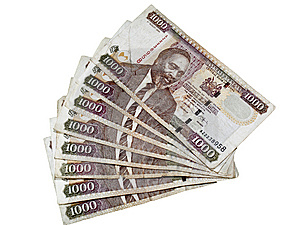 A couple of weeks ago, there was this story on the Kenyan internets about a certain woman who had conned fellow moms. Did you hear about it? Maybe you did, maybe you didn’t. Me, I definitely heard about it. Infact, not only did I hear about it, but I experienced it. I was a conee. Yes, I was one of the conned moms.

Pull your stool closer I tell you about it.

So what happened is this lady told us (we being moms in a certain facebook group) that her son had passed away due to a chronic illness, and that she was in dire straits trying to settle the bill accumulated by her late son. That the hospital was relentlessly pursuing her night and day, demanding that she pay the bill. They were not giving her any breathing space.

We cried with this mom. We mourned with her. We prayed for her. How insensitive of the hospital, we lamented. Couldn’t they be abit more compassionate with a grieving mom? Wasn’t there a more humane way they could go about it instead of subjecting her to such harassment, we asked ourselves.

She regularly posted updates on how sad she felt on the loss of her son, who was about 5 or 6 years old. And many moms felt this loss with her. Moms who had personally experienced the deaths of their own children cried with her, they comforted her. They opened up about their loss and the emotions they went through, and we cried with them too. We all felt their pain.

This woman shared a photo of her and her late son. He was a beautiful boy. His life cut short prematurely. Gone too soon, we said. He had suffered a long, slow and painful death. Very sad. But it was the will of God we all concluded.

Due to the accumulating bills, her friends decided to help her out. A harambee was set for the first week of March. Anyone who had something to give could do so.

One time she updated us on how she went to visit her son at his grave. It was very emotional. Oh, the heartfelt condolences and the outpouring of messages. We could only imagine her grief.

Then suddenly, in mid February, the bereaved woman informed us that the hospital could not wait for her to raise the money any longer. They could not wait until March, when she would settle the bill after the harambee. That she was going to be auctioned the following day because she was unable to raise the required deposit to forestall the impending auction.

This was indeed a very sad situation. The poor woman had not even finished wiping the tears off her face, and now she was gonna be thrown out of her house? They say when it rains, it pours. The rain was really beating down on this woman.

So one mom, touched by the bereaved mom’s plight appealed to the moms in the facebook group to help out a fellow mom.

It was requested that if anyone was in a position to help, to chip in something, however small. And lots of money was raised. She received the money via mobile money transfer. And the bereaved mom kept saying thank you, and that we were very kind and generous and that God will bless us all. That our baskets never run out of flour. We were glad to help. It could happen to anyone. Tomorrow could be you.

Anyway the long and short of the story is that there was no dead son. Infact, the son was VERY alive and healthy. He was attending school normally, playing as usual with his friends and doing all the usual things kids his age do. A jolly little boy who had no idea he was ‘dead’. The boy in the photo was not deceased. We were shocked beyond words.

There were no hospital bills. There were no auctioneers. There was no grave. She had shed no tears. Maybe just smiles as she received our money.

She had ‘killed’ her son for a few coins.

When cornered, her defense was that she needed that money for rent, food and school fees.

But my issue is not even about the money. That one is gone, no holds barred.

I just wonder at the emotional roller-coaster this woman took me and other fellow moms through. And just to think of the opened wounds that moms who had lost their babies went through, sharing their own experiences and offering her words of encouragement. The raw emotions that they expressed as they talked about the deaths of their bundles of joy. The intense feelings they felt and continue to feel on the loss of their babies. The pain and the struggle to wake up to a new day, knowing that their child is no longer with them. The loss of a child is not easy to go through, and neither is it easy to talk about. It takes surmountable courage to do so.

I wonder what was going through this woman’s mind as she read their messages of comfort to her. And when she said she understood what they were feeling, what did she mean?

What I donno is whether this woman did this for the sake of providing for her son, or if she did it for her own good.

Then again, maybe we moms are such a gullible lot who can easily be taken advantage of because we apparently tend to think with our emotions especially where matters children are concerned. Maybe this is true. But just like a fellow (conned) mom asked –if someone tells you they’ve lost their child and they need a little mchango to settle the deceased’s hospital bill, do you ask them to produce the death certificate first before you give your Ksh 200 contribution?

Anyway, so that’s what happened. 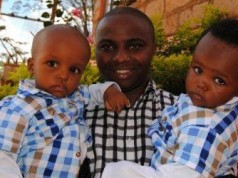 Of Fever and Lack of Knowledge