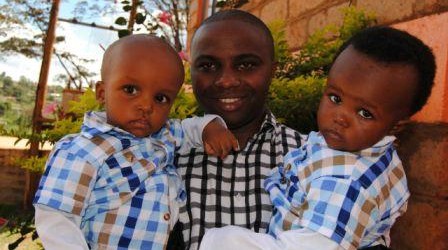 Sometimes, miracles beyond our comprehension do happen, and one such testimony is that of Gakii Muriithi. Sadly, Gakii lost her infant daughter in 2012, when she was just a month old. But even as she mourned the sudden loss of her daughter, she held on to a ‘strange’ hope that she would go on to have not one baby, but twins. Did she eventually get what she prayed for? Today, I bring you Gakii’s story.

When Gakii Murithi became a mother for the first time in July 2012, she would spend her days cuddling and nursing her beautiful princess Tashley. It had been a smooth pregnancy for her, and the same happened during Tashely’s delivery where she experienced no complications at all.

But when Tashley was just a month old, she one day suddenly started crying non-stop and refused to breastfeed, something that deeply worried Gakii.

“Tashley was very cranky and I wondered what could be wrong with her. When she vomited the following day, I quickly rushed her to hospital. By the time we got there, Tashley was convulsing and after initial examination by the doctors, they said she needed to be admitted in a larger hospital since they didn’t have the capacity to handle my baby’s illness. They immediately organized an ambulance transfer,” Gakii remembers.

Even before she could comprehend what was happening, Tashely was in the ICU. Gakii found it hard to follow the events that were unfolding. Things were moving too fast for her.

“I was totally confused. Tashley was born healthy and was a cheerful baby. She had never had any problems. But now she was in the ICU with countless tubes all over her. It was hard to recognize my daughter. I was in a daze.”

After stabilizing Tashley, the doctors advised Gakii and her husband to return home for a bath, a change of clothes and some little rest then return to the hospital later.

“About thirty minutes after my husband and I had left, we received a phone call from the hospital asking us to return immediately. Fear gripped us.

I remember as I walked into the room where I had left Tashley, I felt something drop in my stomach. My heart started racing fast as I sensed something was wrong, especially when I saw a nurse in tears. My fear became real when I noticed that the machines that I had left beeping were now all silent. I started feeling real sick.” 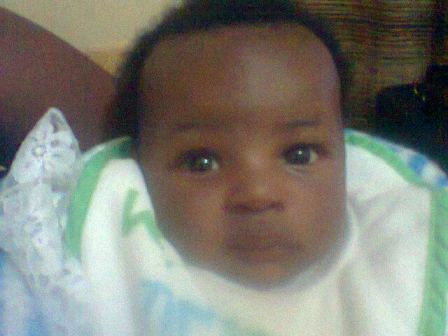 The doctors then broke the sad news to them. Tashley had succumbed to severe neonatal sepsis.

“My body started shaking involuntarily as I started screaming. We were on the hospital’s second floor and after hearing that my dear daughter was dead, I quickly dashed to the balcony. When I was just about to throw myself down, I felt my husband and nurses hold me with a strong grip as they restrained me. I didn’t see the need to continue living. What for? I wanted to follow my daughter to heaven. What was it that I was being left to do here on earth?” says Gakii, narrating the thoughts that raced through her mind at that time.

Her husband, the nurses and the doctor somehow managed to calm her down. She then requested to be given her daughter’s body.

Gakii held her daughter close in her arms –talking to her, kissing her, rocking her soothing her and trying to get her to breastfeed. When the nurses tried to take her daughter away, Gakii refused. She did even allow her husband to take Tashley away from her.

“Thank God the doctor –who seemed to understand what I was going through asked all of them to leave me alone, to let me mourn in the way that I felt I wanted to. At that time, I did not trust anyone with my daughter, not even my husband. I felt as though I was the only one capable of breathing life into my baby girl once again. Tashley was vulnerable and I was the only one who was able to protect her. But eventually, after holding her, kissing her and rocking her for nine straight hours, they had to take Tashley away, despite the strong resistance I put up. I have never experienced such pain and sadness in my life,”Gakii sadly remembers. 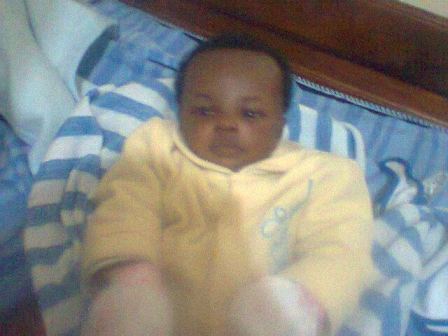 During Tashley’s burial three days later, Gakii remembers this pastor who spoke of a woman who had lost a baby but trusted God for twins and it indeed came to be. As she listened to the pastor’s words, Gakii believed the message was purely meant for her and from that day on, her faith would lead her to believe that she would have twins.

“I started telling people that I would soon be pregnant again and this time round, I would carry twins. Everyone thought I was crazy and told me not to say it out loud, in case it did not come to be. They told me not to get my hopes up, that I would be shattered and depressed in case it didn’t happen. But I would tell them that they had little faith. I told them God would give me twins. I knew it. I felt it in my heart. I believed it and I proclaimed it every day and night,” she remembers.

Well, six months later, Gakii conceived again. And at 11 weeks, she went for her first antenatal visit. And the doctor did not disappoint her. She was indeed carrying twins, just as she had prayed for!

When she later did an ultrasound, she was delighted to learn that she was carrying a boy and a girl. What a joy! God had really favored her.

Her pregnancy, just like her first with Tashely went on smooth with no issues at all. But at 28 weeks, her blood pressure shot up, sending her into serious panic mode.

“I cried, asking God why he wanted to take away my babies after the miracle he had given me. I refused to lose another baby. I proclaimed life into my babies and prayed like I have never done before.”

Gakii was put on high blood pressure medication for the remainder of the pregnancy. At 37 weeks, she underwent a scheduled caesarean section where she gave birth to her two fraternal twin sons Loran and Lenny who were born at 2 kg and 2.4 kg respectively. Coincidentally, there were born in July 2013, exactly a year after their sister’s sudden death.

But wait. Hadn’t the ultrasound shown that she was carrying both a boy and a girl?

“I got the surprise of my life when I was presented with two boys,” she laughs. I guess ultrasounds are not to be trusted 100 per cent,” she quips.

Since she had not bought any baby girl clothes as she planned on dressing her new twin in the ones she had  bought for Tashley, Gakii says that with the sudden surprise, she just decided to dress her boys in some of Tashley’s clothes.

“Having two boys really caught me off guard but it was such a pleasant surprise,” she says. 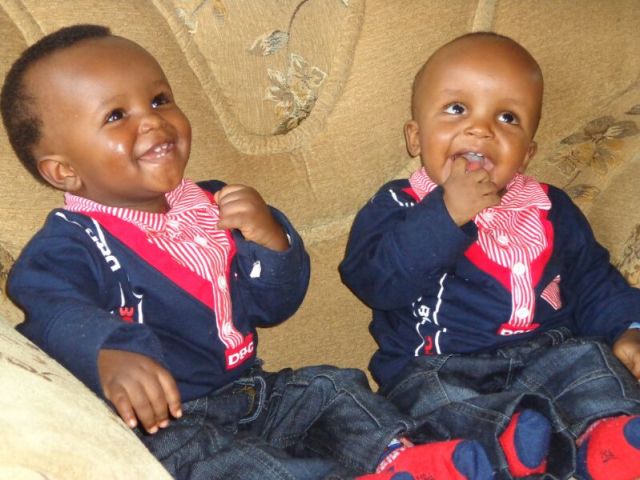 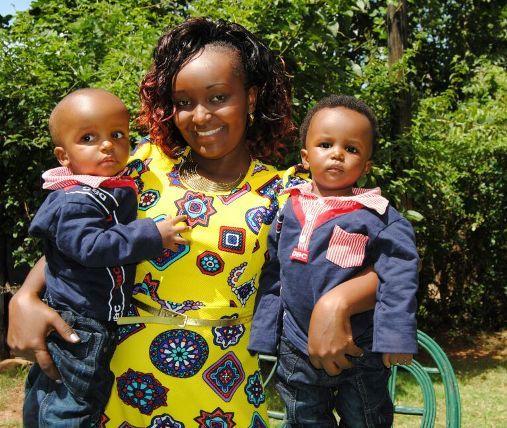 Does she plan to have other kids?

“Yes, when Loran and Lenny are about six years old. I want to enjoy all the time with them. My encouragement to all women is to tell God exactly what you want. I told him I wanted twins, and that’s exactly what I got.” 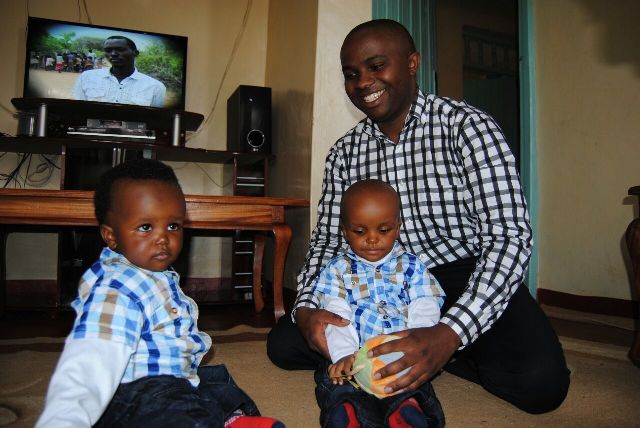 NB: I originally published bits of this interview in the Nation.