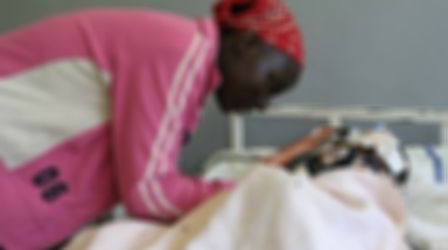 I recently traveled to Kisii county to cover a free fistula medical camp. The camp was at the Kisii Level 5 Hospital, and the women were receiving free surgery courtesy of the Freedom From Fistula Foundation and the Flying Doctor’s Society of Africa.

As I interviewed the patients, one of the most outstanding cases was that of a little four year-old girl. She wasn’t even a woman. Just a girl.

The little girl had presented with a traumatic gynaecological fistula. She had both vesico-vaginal fistula (VVF) and recto-vaginal fistula (RVF), meaning that she leaked both urine and faeces. She received these injuries following a sexual assault incident in her Kisii hometown after being defiled by a 16-year-old boy — a neighbour well known to her.

During the brutal attack, both her vagina and rectum were ripped apart causing extensive damage to her genital perineum areas. 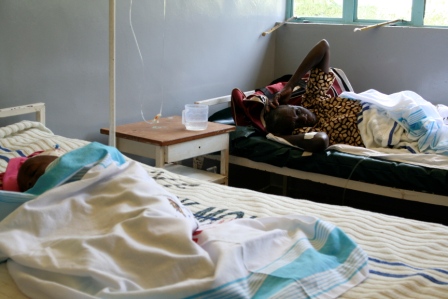 Her mother, 20-year-old Mary Kwamboka (not her real name) narrates the events surrounding her daughter’s defilement.

“On that day, I left the house at about 4pm and headed to the local market to sell vegetables. I left my daughter playing in the compound with three other children, the eldest being seven years old. My mother, who was undertaking chores in the house, would keep guard over them as was the norm,” she remembers.

A short while later, Kwamboka’s mother would step out to the farm to pick vegetables to include in the family’s evening meal. She was out for only 20 minutes but when she returned, she noticed one of the children was missing. She alerted her neighbours and the search for the four-year-old girl began.

When Kwamboka returned from the market two hours later, she was devastated to hear the news of her missing daughter. She joined in the search, which unfortunately had to be put on hold when pitch darkness set in.

“The following morning at 6am, my cousin, on her way to school, alerted me of a faint cry emanating from a tea plantation near our home. We hurriedly followed the cry and when we got there, what I saw made me weak in the knees. I saw the naked body of a little girl with blood oozing from her face, neck and private parts. She was crying, her face swollen and hardly recognisable. But I knew it was my daughter,” Kwamboka says, struggling to hold back the tears.

Kwamboka, with the assistance of the local chief who happened to be passing by at that very moment, took her daughter to the police station and later to the local district hospital. But due to the extensive injuries suffered, the girl could not be attended to and was instead referred to a higher hospital — the Kisii Level 5 Teaching and Referral Hospital — for further management.

When the girl was able to speak, she recounted details of what happened that evening.

“As the four children were playing, and just after my mother had stepped out to the farm to pick vegetables, our 16-year-old neighbour approached my daughter with a slice of bread. After eating it, he asked her if she wanted another slice and when she said yes, he asked her to accompany him to his house for more bread. Since he is well known to our family, my daughter went with him to his home. There, my daughter says he did not offer her more bread but instead raped her all night long. In the early morning, he carried her to a nearby tea plantation where he dumped her,” narrates a pained Kwamboka. 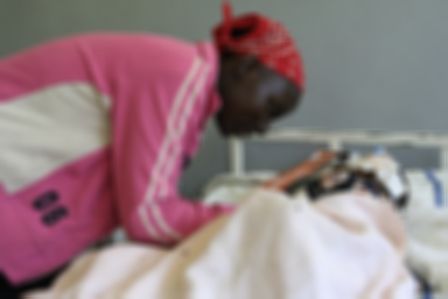 The rape incident not only left the little girl nursing physical injuries on her face and neck which Kwamboka believes were as a result of slapping, punching and attempted strangulation, but extensive damage to her private parts as well. The previously healthy girl was now unable to control her urine and faeces.

But her treatment would not be straightforward. Because of the extensive damage to her bowels, a fistula repair surgery could not be immediately performed.

According to Dr Stephen Mutiso, one of the fistula repair surgeons attending to her at the hospital, the girl had to first undergo a colostomy due to the severity of the injuries.

“The colostomy will allow part of her intestine to rest and heal first before we attempt any further surgery. We created a new path for her stool to leave the body by making a hole in the abdominal wall which now drains her waste into a pouch,” he said during the camp.

Once healed, a third surgery to reverse the earlier done colostomy will be done on her. This will be about a month after the fistula repair surgery when the surgical area has sufficiently healed.

In the meantime, Kwamboka cannot help but agonize over the future of her child. Her daughter’s defilement has brought uncontrollable tears and sleepless nights for the form-three school dropout.

“I hope my child will fully recover from all her physical injuries. I also pray that she did not acquire HIV. I pray that she will not be psychologically damaged by this inhumane incident,” she cries.

As her four-year-old daughter lay in a hospital bed next to a 72-year-old fistula patient, her mother cried for the innocence of her little girl.

“She is just a girl, not even a woman. What does she know about life? I cannot understand why someone would do this to a child!”

For now, her only hope lies in the Sexual Offences Act. According to the law, the defilement of a child aged 11 years or less attracts a mandatory sentence of life imprisonment.

“My greatest wish is to see to it that justice has been served to the man who did this to my daughter. If it were up to me, I would wish he were killed immediately but unfortunately, I have to abide by whatever the law dictates,” she says.

*At the time of my interview with her, the alleged perpetrator of the girl had been arrested after the minor positively identified him. 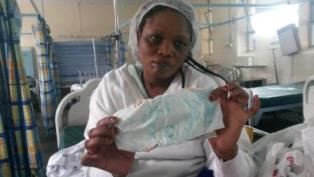 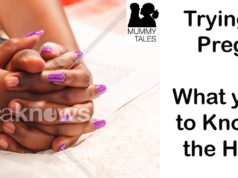 Trying to Get Pregnant? What you Need to Know about the HSG Test