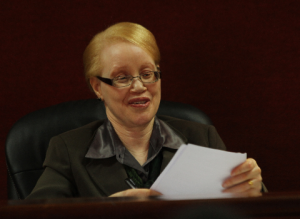 Have you been following the case of the Kenyan mom who sued Rusinga School for kicking her son out of class because of his dreadlocks?

Well, the ruling was made this week and here is how it went, as reported in The Star.

“A six-year-old boy who sued Rusinga School after he was ordered to cut off dreadlocks has lost his legal battle to keep his long hair.

In a judgment yesterday, High Court judge Mumbi Ngugi dismissed the case on grounds that he failed to convince court that his culture and religious rights had been violated.

Ngugi said it was clear the boy’s mother wanted him to keep dreadlocks for fashion and not religious reasons as she had alleged. She said the mother knew all along, since she enrolled him at the school’s kindergarten in 2010, that dreadlocks are not permitted.

Ngugi said the mother signed the school’s code of conduct agreeing to observe rules and regulations. The judge’s decision means the boy who has missed school since September 7, will have to either cut off his hair to enable him resume school or look for another school that will accommodate his style. The boy’s mother went to court protesting that the schools directive to have her son’s hair chopped off was discriminative.

She told justice Ngugi that her son completed the four-year kindergarten school without complications, but when he reported on September 7 to enroll in the preparatory school he was told he could not be accepted until he cut his hair.

She argued that the boy’s father is Jamaican and the dreadlocks are part of his culture. The mother wanted the school to be compelled to accept the boy back, saying the decision is illegal as it discriminates on gender, religious and cultural grounds.

The school, however, said it is a Christian school and does not accept boys to have dreadlocks. In her ruling, Ngugi said courts have no desire in interfering with the running of institutions, adding that schools must be allowed to govern their pupils.

“The petitioner has not shown this court that the child practices Rastafarian religion, had she proved this, she could have persuaded this court,” she said.”

So that’s how it ended.