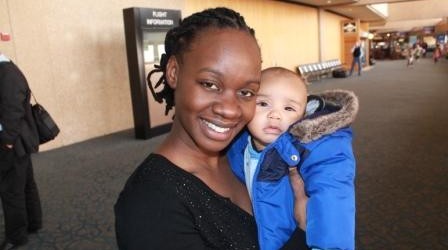 Nabubwaya Chambers is a Kenyan mom raising her family in the US. She shares some of her motherhood experiences with us. This week, she talks about Lema’s first bus trip, and the excitement that was. Lema is now 11 months old.

Lema’s first trip on a bus was nothing short of exhilarating. His dad and I took him for a walk on a warm, Saturday afternoon in his carrier. As soon as we left the house, he was kicking and raising his arms in the air to signal his approval and excitement of the impending trip. 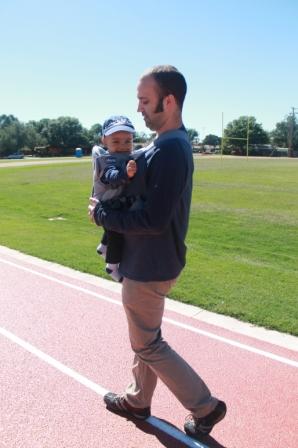 Because Lema totally loves to be carried in his baby carrier, we must ensure that we are physically fit in order to be able to carry him this way. It doesn’t get easier because 1) we are getting older and 2) he is getting heavier by the day.

We have a bus stop that is about 10 minutes away from our home. Thank God it is not too far away because by the time we were leaving the sun was scorching and the heat getting stronger. Our Lema though was well prepared for the sun, evidenced by his clad in a baseball cap, sunscreen and had appropriate clothing on. Though this didn’t really matter to him anyway as all he cared for was his first trip in the bus. 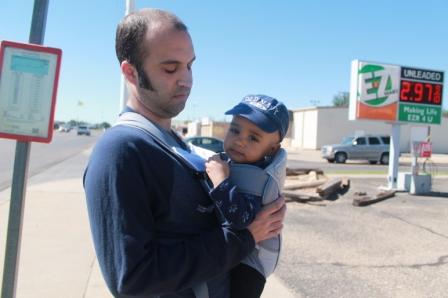 After a few minutes of waiting for the scheduled bus, we finally got in. Lema was so excited that he started kicking his feet in the air again. We identified seats at the back and sat. As we settled, I noticed Lema immediately casting his eyes around and looking around as far as he could. With a smile on his face, he began engaging us in conversation. This is how it went:

Baba & Mama Lema: Hey buddy, so what do you think about your first bus ride to the mall?

Baba & Mama Lema: Yes! We bet it is so exciting! We remember our first bus rides too. They were so full of adventure. We never wanted to get off the bus. Is it the same for you?

Lema: Tho tho tho aaaaaa! Aaaaaa!

Meanwhile, he is pointing outside the window with a grin on his face.

Baba & Mama Lema: We can see lots of cars out there but no people walking. It seems Lema is getting tired all of a sudden. Is it nap time, baby?

Lema then proceeded to happily take a nap while resting his head on Baba’s chest. I guess the entire walk to the bus and lots of excitement in the bus wore our baby out. 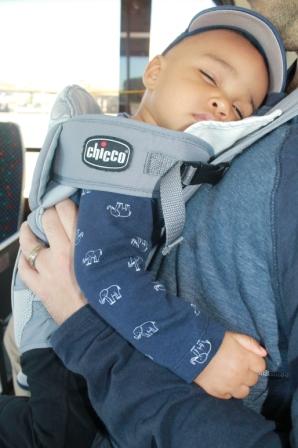 Thankfully, he got his nap and we were happy parents. We proceeded to take a few photos and carry on our conversation while he napped.

The bus arrived at its destination after a few minutes and we got off and walked into the mall. We figured it would be a good opportunity to get some walking exercise in and for Lema to get a well deserved nap too. The afternoon couldn’t go any better with a well rested baby.