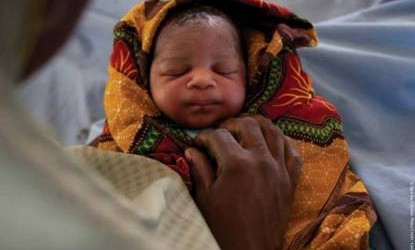 Early Thursday morning, I’ll be travelling to Turkana. It’s a county I’ve never been to be before, and I’m eager to visit the place.

Anyway, why am I going to Turkana?

Well, this Friday 17 October happens to be the UN International Day for Eradication of Poverty. On this day, Children from the toughest places in the world are given a voice. It is a day for them to be heard –loud and clear. In Kenya, Turkana is one of the toughest places to be a child. Of all the 47 counties we have, Turkana is the poorest of them all.

It is quite sad to learn that the death rate for infants in Turkana is 3 out of every 50. Also, only 54% of children in Turkana are fully immunized (those aged 0 – 5 years).

The most prevalent health problem for children in Turkana is malnutrition. Meaning that their bodies do not have the proper amount of nutrients that are needed to help them function well and remain in good health.

And it doesn’t end there, for being a mother in Turkana is equally difficult.

The maternal mortality ratio is 1,500 deaths for every 100,000 live births, which is three times the national average.

Now, because of my writing about mothers and children here on my blog, as well as my work as a health journalist in the newspapers, I received an invitation from the NGO Save the Children to accompany them to Turkana during the UN International Day for Eradication of Poverty, where the focus is on the children in difficult areas.

This will be an opportunity for me to witness first-hand the situation of mothers and children in Turkana. And I’ll share that information with you here.

Meanwhile, here is a little video that talks about the need for children to have superheroe’s –with you being the first superhero. Be that role model to every child you engage with. 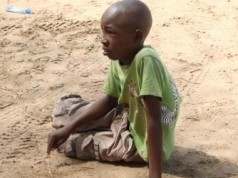 These Constant Clashes in Turkana, Who Will Save the Children?