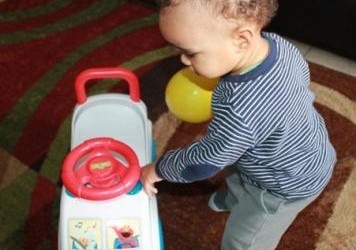 This week, Lema is onto something new. His mother Nabubwaya Chambers tells us more about this new development.

Lema has been maximizing every second of his time with the Elmo toy car that he received as a present from his paternal grandparents last year. I tell you, no day is complete without the melodious tunes that Elmo (from Sesame street) so richly belts out. 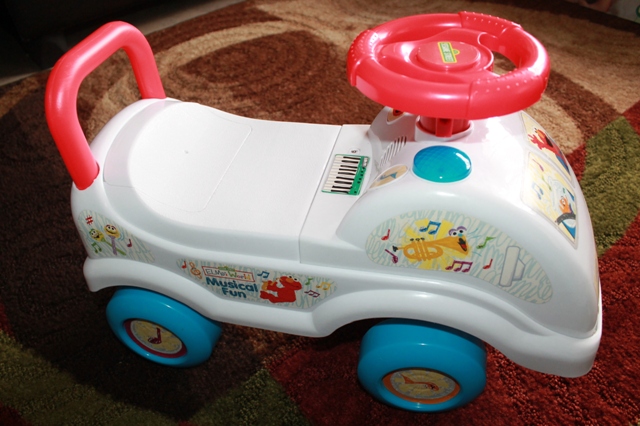 Lema’s toy car has two buttons which when pressed, see Elmo recite something fun and melodious. You should see the look on Lema’s face when I ask him to play with his Elmo car. He quickly drops whatever it is that was currently keeping him busy then toddles his way to his Elmo car. Button 1, button 2, button 1, button 2, and so on and so forth. He presses them religiously, chuckles, and dances along to the tunes.

I am happy because simple things make my boy smile. He doesn’t need a grand play party or contraption to keep him entertained. In fact, media entertainment doesn’t really hold his interest. He prefers to play with people, play on the floor with his toys, tear the bookshelf apart, and walk back and forth while holding a toy or two in his hands until he breaks into a pool of sweat. 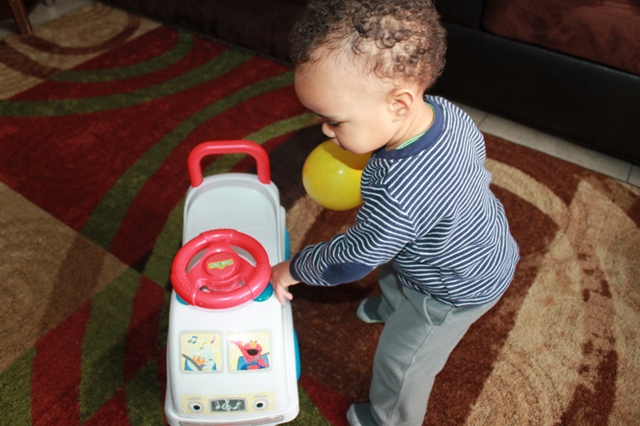 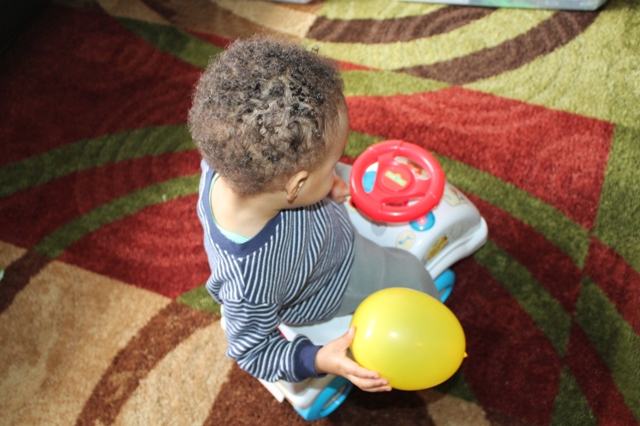 Lema loves warm cuddles when he needs a break. He has become so observant that I have had to up my vigilance game. I need to be a security firm as whole because our boy is threatening to catch up with some of my skills. Baby proofing our home has helped us a great deal. Power to whoever invented it.

Baba Lema and I look at him and think of how fast time has passed. It is like we just brought him from the hospital. Well, now that I think of all those sleepless nights, I take that back. It is like he just started eating solid foods the other day. He is blossoming into an energetic boy that makes us proud and happy to be his parents. 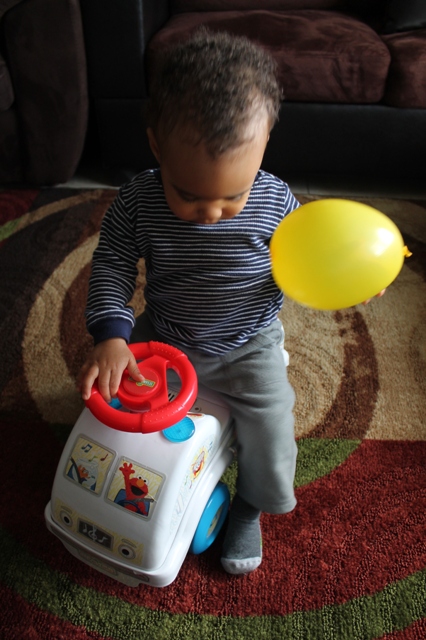 Now back to our Elmo car. I don’t think I want Lema to tire of playing with his car. It helps me get my chores done in break-neck speed because Lema has something to distract him while I am at my motherly duties around the house

. For that I am very grateful.

Long live Elmo car and all the sesame street characters.

Errrr, just a minute Nabubwaya let me ask -in your last blog post, Lema was obsessed with balloons. Do you mean to tell me he’s still into them?? -Mummy Tales.