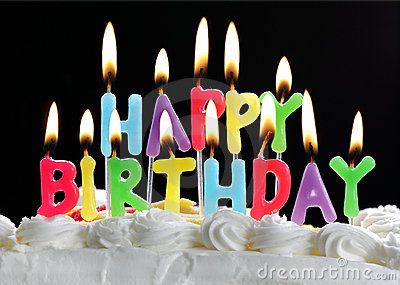 So, on Saturday I attended a birthday party for a kid – for the first time as a mum. And I will tell you that it was quite different from how I used to attend such parties before.

The birthday party was for the cutest 4 year old boy I have ever seen. I mean the boy is a real hunk. As in he kaodo looks like Boris Kodjoe. And methinks Boris Kodjoe looks not bad at all. The 4 year old boy is called Shohi, and he could easily pass for Kodjoe’s kid bro.

So anyway, I attended the birthday bash alongside four of my relatives, and with us were five children all aged between 1 – 4 years. All other kids in the bash were around the same ages. I didn’t carry Kitty along with me because I think he’s still too young to be leaving the house for bashes. He’s still a ka-mayai *hides from the ‘are you serious???’ comments being thrown my way*. So in the bash were four groups of people: There were the little kids who were chasing after each other, enjoying the bouncing castle and basically hollering all over the place. Then there were the mothers of these children. One or two of these mummies had smaller babies, like a few months to one year.  Then there was a group of mums our mother’s age -the aunts and grandmother’s of the little children. And finally, there were the men. Relatives and family friends of Shohi’s parents.

It goes without saying what group I was in. Now, in my group, there was lots of conversation amongst ourselves, mainly revolving around kids and other domestic stuff. I must say that I was proud of myself because for the first time, I was able to actively contribute to such a conversation. Previously, when I found myself stuck in such a group, I would passively listen and passively participate in the conversation for the first two minutes, then spend the other 4 hours looking at my watch and strategizing on how best to leave the bash. I would send numerous texts of ‘uko wapi?, what’s the plan, wapi na saa ngapi?’. My phone would beep every two seconds. Then I would keep walking in and out of the room to receive or make phone calls.

Mainly, these parties were a way for me to pass time before going for a ‘real plot’ in the evening. A kind of warm up I would say. Sometimes,  I would identify other ladies who also didn’t have children and we would find ourselves lamenting about how bland the bash was, especially when we would find ourselves in the company of mums. Why? Because all they would talk about was baby stuff, which we obviously couldn’t relate with. And trust me, mothers can really get passionate and carried away when they start talking about their children. Ask me, I now know. So what we would do is we would ‘songa kando’ and begin beating our own stories.

But not this time. Not at Shohi’s bash. For this time round, I was very active, contributing to story after story, agreeing, disagreeing, offering suggestions, sharing experiences, listening to the advice and experiences of fellow mums etcetera etcetera on the different issues that were being discussed. Boy, did I have a good time or DID I HAVE A GOOD TIME? I was thoroughly in the mix of those stories. Infact, I was the mix itself. I truly enjoyed myself. Amazing, isn’t it?

So life is interesting because I am now an active participant in these conversations. The ‘baby talk’ talk. Life I tell you!

And then, something else –I used to wonder what mothers used to do when it was time for them to leave a place, because they would always end up leaving close to an hour later. But now I understand. Towtally! When it was time for us to leave the bash, we did not leave as immediately as I thought we would. I will tell you all this in part 2 of this story which I will post tomorrow, so stay tuned.

Meanwhile, happy birthday Shohi, may you have many more. I wish you an abundance of God’s blessings in your life. 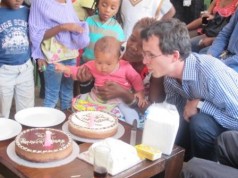