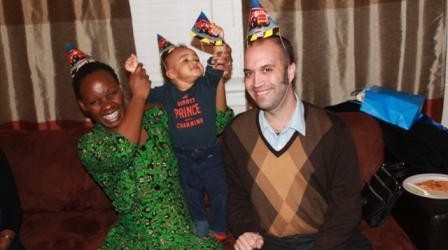 Most parents always look forward to their child’s first birthday. Especially first time moms! The first year of motherhood is filled with so many events, emotions, ups and downs, it is such a great achievement to finally hit the one year mark. I think a child’s first birthday is usually more of a celebration for the parents (especially the mother) more than it is the child. Okay atleast for me and all the mothers I know of

Our regular guest contributor –Nabubwaya Chambers –a Kenyan mom raising her family in Texas, USA recently hit this milestone. She tells us how the day went.

“November 16, 2014 was a day that Baba Lema and I had been greatly anticipating to arrive for a very long time.  I looked at my calendar on a daily basis and anxiously counted down the days. It was the day our dear Lema turned 1 year old!

It was also the day we realized the itty bitty baby we once had is no longer small. He is growing in leaps and bounds. His language development is expanding at an incredible rate. He has been consistently saying the words ‘bedroom, bathroom, daddy, mama, mother, bottle, ball, kitchen’ on a daily basis. He is as ambitious and strong-willed as ever, and has an unceasing thirst for adventure. 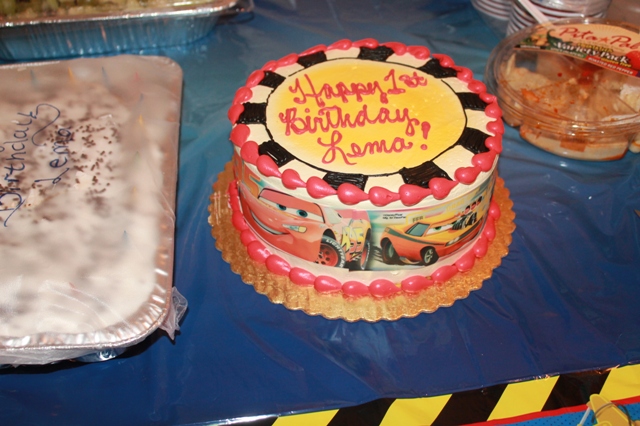 On that day, Lema was the first one to wake up in our household, which is usually the norm anyway. After sounding his vocal alarm, I quickly jumped out of bed, reached for my camera then woke Baba Lema up. I think he was partially sleeping because as soon as I said “wake up, Sweetie. It is Lema’s birthday! We should go sing to him and shower him with hugs and kisses”, he started singing the happy birthday song. I looked at him in amazement because he carried on singing without even realizing he was still semi-sleeping.

We were so excited to hug and kiss our not so little anymore champ. He looked at us with a surprised look then flashed his beautiful smile while rubbing his eyes. Lema let out a gurgle which eventually erupted into full blown laughter as he pronounced his first word of the day “bedroom”. We all laughed as if we were sharing a secret joke among us. This baby surely does light up our lives. 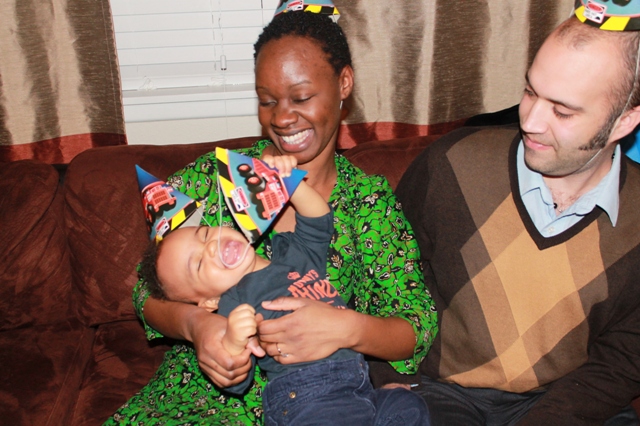 After feeding him breakfast and getting him ready for a cold morning drive to the store for some shopping, we set about our business. It snowed and we hang out outdoors for Lema to see the snow and take photos of him enjoying the sight. The look on his face was priceless as he soaked in every moment of his special day. He was happy, I guess happy to be celebrating his special day filled with a lot of attention. Lema loved every bit of it.

We came back home and his party started a few hours later. A few great Kenyan friends and an American couple helped us celebrate Lema. We took plenty of photos, ate, played with Lema, and ate some more. You bet Lema enjoyed a few bites of his cake while seated in his high chair. At first he was apprehensive and didn’t seem eager to try it out. After watching us gladly consuming our pieces of cake, he wanted to try for himself. 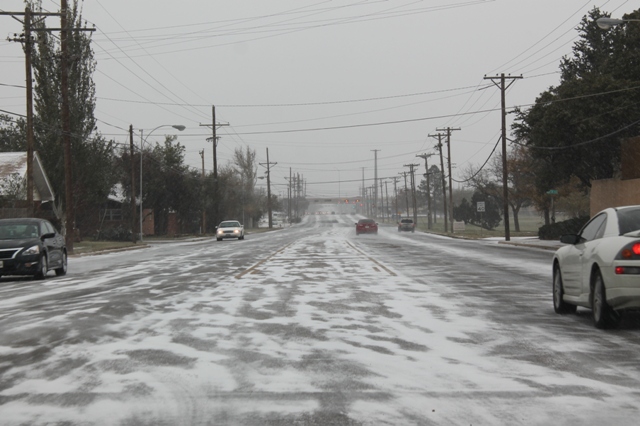 It was a beautiful, cold fall day that ended on a high note. Lema went to bed with a big smile on his face. He was exhausted from a fun weekend. We had attended a baby shower for a Kenyan couple expecting their first baby the day before Lema’s birthday, so he was ready to call it a weekend.  Cheers to many more years of growth and learning experiences with Lema.” 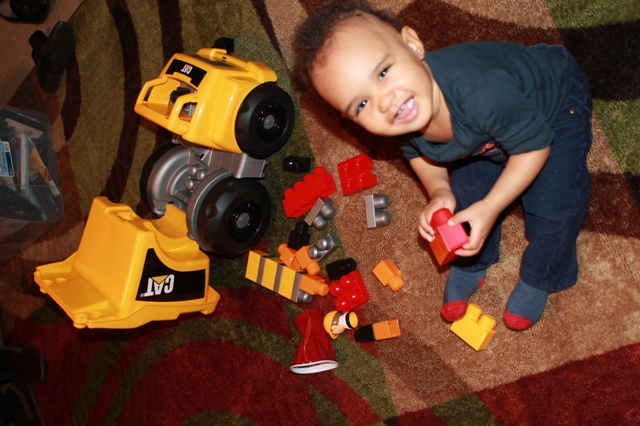 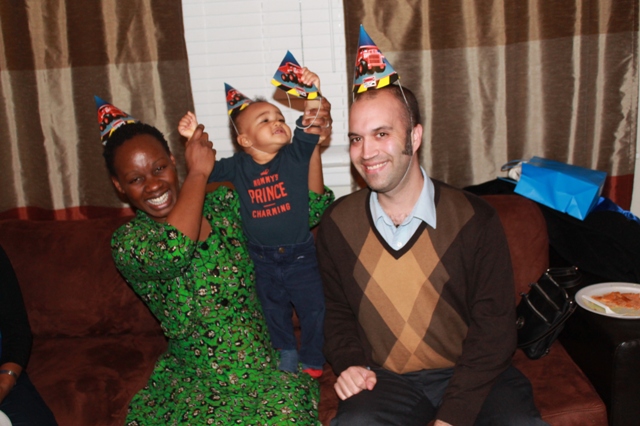 Happy birthday Lema and congrats Nabubwaya for hacking one year of motherhood.