Kanze Dena lost her infant daughter at three months. Janet Kanini allowed us to walk with her through her cancer journey. Njeri Kaberere lost her husband when she was nine months pregnant. Her husband was electrocuted as he washed his car one Sunday afternoon. Watch the video of the song below: 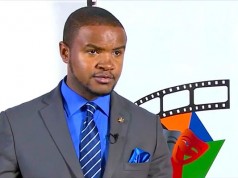