Hello readers, hope you are well. Now, I received an email from Millicent Makina,who will share her experience with hyperemesis gravidarum (HG), which is a pregnancy complication characterized by severe nausea and vomiting that often leads to weight loss and dehydration.

You can read one mom’s such experience here: “The Doctors Considered Terminating my Two Pregnancies” -Joan Mwaura’s Struggle with Severe Morning Sickness. I had also published an earlier article on Victoria Gachuche, who also experienced HG in her two pregnancies. You can catch up with that here: “My Experience with Extreme Nausea and Vomiting in my Pregnancies” -Vicky Gachuche

This is Millicent’s story, which I hope will help increase awareness about the women who suffer extreme cases of nausea and morning sickness. I will break it down into two parts: one and two.

“The moment I found out that I was pregnant was the happiest moment of my life. Everything was going according to plan. My husband and I had agreed to wait for at least a year before having kids so that I could focus on my Master’s degree which I was studying for, and also to give us time to settle well into marriage.

Related: How Weight Affects your Chances of Getting Pregnant

The doctor looked at my husband and I, amused by the wide grins on our faces as she broke the wonderful news to us. I was almost six weeks pregnant!!  Other than a missed period, I didn’t have any other symptom of pregnancy. In fact, I had had to take several tests over a span of days before a very faint pink line confirmed my suspicions.  I felt great and I told the doctor as much. However, she didn’t share my excitement and was quite cautious, warning me not to get ahead of myself as I was yet to reach the sixth week of pregnancy. I remember her telling me very to enjoy the last few days as things were going to change drastically when I reached the sixth week. To date, I still wonder if that was a premonition or a curse.

At exactly six weeks, I threw up for the first time. When I did so, I thought it was hilarious. So this was the famous morning sickness? Bring it on! I had read widely and thought that I was well prepared to deal with whatever issues pregnancy would bring my way. But nothing, absolutely nothing, could have prepared me for the nightmare that I was about to experience for the next eight months.

My situation rapidly deteriorated over the next two weeks with the nausea and vomiting increasing in intensity and frequency. By the time I reached eight weeks, it was no laughing matter. I was vomiting up to ten times a day with the nausea being unbearable.  It was constantly there, day and night like a dark cloud hanging over me, no matter what I did or the remedies I tried. Even in my sleep, I could feel the nausea and would wake up and rush to the bathroom to throw up. My list of foods that I could eat narrowed very quickly and by the end of week eight I couldn’t hold anything down. Nothing, not even water could pass my lips without being violently spewed out a few seconds later. To make matters worse, my saliva production went into overdrive and I was constantly spitting copious amounts of thick saliva – a condition referred to as ptyalism. The saliva would literally froth in my mouth and fill it very quickly and if I didn’t spit quickly enough, I would end up vomiting again. 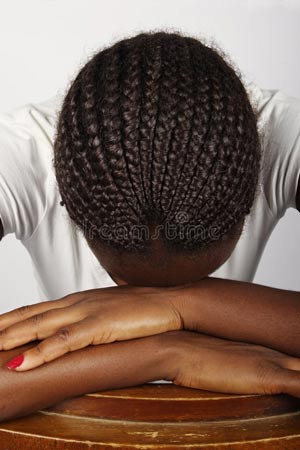 I crawled back to the doctor who gave me some medication for the nausea but it didn’t help much. I had also developed an acute sense of smell and could literally smell EVERYTHING which made the nausea and vomiting worse. My pet peeve was soap. I hated soap. It didn’t matter which type, they all smelled the same. I also hated perfumes, the smell of food, and the smell of people especially in crowded elevators. Basically if I could smell it, I hated it and I would throw up. I even hated my own body scent which was so frustrating because I couldn’t run away from myself. I hated my husband’s body scent too and didn’t want him near me which was frustrating for both of us.

I crawled back to the doctor for a second time and she gave me the same medication but increased the dosage and frequency. Still, there was very little relief though the vomiting reduced from ten times a day to about four or five. I was quickly losing weight and was unable to perform even the simplest of tasks. At any given time, I was either throwing up, or trying my best not to throw up and I was stuck in that state day after day, week after week. The interesting thing about HG is that throwing up does not provide any relief. You actually feel worse than when you started which triggers another bout of vomiting, which in turn triggers another, which then triggers another… and you are stuck in that vicious cycle day and night with no hope of relief.

Throwing up in the Office

At the workplace, the cracks began to show.  I was perpetually late and on some days I would not show up at all. Even when I did show up, it was impossible to work. I would sit at my desk and try to act normal but would rush to the washroom every so often to throw up. I used to walk around with paper bags to avoid messing up the floor when I couldn’t make it to the bathroom.

My colleagues noticed a change in my attitude and general disposition and started whispering about how moody and irritable I had become. Those who insisted on hovering around me even after I made it clear that I did not want company annoyed me because on top of the pressure of trying hard not to vomit in their presence, I now had to deal with the added pressure of trying to hold a conversation while trying to hold the vomit at the back of my throat and at the same time spit an insane amount of saliva discreetly enough to not disgust anybody, all the while dealing with their smells and loud conversations  and raucous laughter which were enough trigger for me to throw up. What my colleagues were interpreting as pregnancy induced moodiness, was me desperately trying to hide my struggles from them and stay strong like other normal pregnant women. This was an office after all and my pregnancy was my personal business. I don’t remember harboring any ill feelings towards anybody though quite a number genuinely thought that I was mad at them for reasons they did not know.

Because work was piling on my desk, I had to inform my boss of my situation. Thankfully, he was very understanding but of course I still had to come to work and at least do something. I thought of taking sick days off but then I would ask myself, what of tomorrow and the day after? There was no hope of relief in sight. So I trudged on and forced myself to go to work except for the really really really bad days. Not that it was that easy, to move from point A to B. I would throw up several times along the way …. before I leave the house, at the side of the road, in my husband’s car, in matatus…I would tell the makanga to wait for me then I would go to the side of the road and throw up profusely. It was exhausting and embarrassing; and I would appear in the office looking dazed and disheveled.

I remember working late one day because there was something urgent that had to be finalized. I was feeling really sick but could not extricate myself from that particular assignment. When I finished the assignment at around 9.00 pm, I found that I could not even walk to the elevator and I was all alone in the office. I stood and saw the ground rushing to meet me.