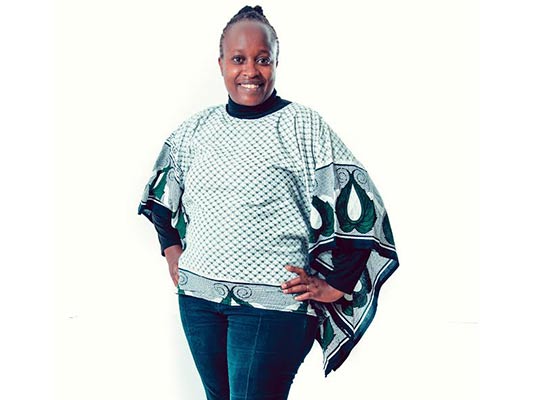 Joyce Mwangi is our guest writer today. She is a mother of four children; two living and two who passed away through miscarriages. Joyce holds a Master of Divinity in Biblical Studies from Africa International University. She is a stay-at-home-mum and a blogger. Joyce writes Christian reflections derived from daily motherhood experiences.

Today, Joyce writes about a habit that many of us are familiar with –that of being part of the crowd that loves ‘peeping at the bride’ as she’s picked from her home in readiness for her big ceremony. Read on…

“A few weekends ago there was a lady in our estate who was getting married. I hadn’t known about the wedding until that beautiful Saturday morning. The caretaker was announcing to all and sundry that a bride would be picked from the compound and so we needed to go near their house and see her coming down the stairs. Guess who were her first converts? The children of course!

My daughter aged three years was among the first converts and she hurriedly went near the said apartment block to wait for ‘bibi harusi’ (the bride). You should have seen the excitement on her face as she jumped and down:

So the long wait began, with the familiar African protocol of picking up the bride: Women singing and dancing, ululations renting the air, and a few emissaries sent to the house to negotiate release of the bride.

When I say ‘we’, I’m talking about the cheering bystanders – our children, ourselves, our helpers, mothers, and immediate neighbors, and how can I forget the caretaker who convinced all of us to join the procession!

But there was also another very important group of people present -those who were actually part of the wedding procession. How was one able to differentiate us? By our dressing. While those who were part of the wedding were well dressed; head-to-toe, the compound on-lookers –such as me, were wearing our casual Saturday general relaxing and cleaning regalia, including those branded t-shirts.

After an hour plus, by this time the women dancing and singing had gotten tired and bored, the best man came down quickly and called the entire entourage upstairs. A deal had been reached, the bride was on her way down. We were so excited, especially the children. They were jumping up and down shouting ‘bibi harusi’. The bride did finally come down and that’s when ‘the separation’ happened.

What I mean by the ‘separation’ is when we the compound residents were pushed aside; or rather we pushed ourselves to one side while all the smartly dressed head-to-toe folks gathered together. The bride was quickly ushered into her car and off they went! And there we were, left behind, sullen.

And those are Joyce’s words for us today. I hope you have been challenged. Otherwise, have a blessed week ahead.

You may Also Like: When Two Become One… Tony and Connie’s Wedding