29 year-old Diana Madegwa is a mother of one. Her son Gabriel Hekima is just a year old. A former journalist now in the world of Public Relations (PR), Diana shares insights into her pregnancy and new motherhood experiences, including how she attempts to strike the balance between motherhood and career. She spoke to Mummy Tales writer SYLVIA WAKHISI (who is a new mom herself -congratulations Sylvia!). This is Diana’s story.

“My pregnancy journey was coupled with both exciting and tough moments. First, my morning sickness during the first trimester wasn’t just in the morning; it was all day sickness! I couldn’t eat. I lost weight and became so skinny. I vomited all the time, especially at night. I couldn’t stand the smell of food or even the sight of it. I survived on strong tea.

Then came the second trimester which thankfully was more manageable. I enjoyed feeling the baby move, and loved talking and singing to him. It was a great time. 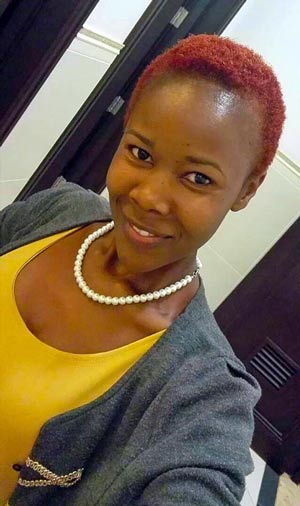 During the third trimester, the ‘morning’ sickness started again. Every day at around 9am, I would feel so weak, dizzy and nauseous. I would go to the office washroom and just sit down with my head bowed down in the toilet, retching, every single day!

My doctor told me that the dizzy spells were because the space in my feeding time was too long; between 7pm – 9am. She advised me to feed on some snacks in between the two meal times. Well, it helped on some days.

I remember the last weeks of pregnancy were so tiresome. I couldn’t stand for more than five minutes. I always felt as though my back was on fire.

What got me through the first trimester were some pills that the doctor prescribed. I used to eat them like sweets any time I felt nauseous. Thankfully they helped. During the third trimester, I tried as much as possible to have snacks. I also avoided standing for long.

You may also like: Mary’s Trying to Conceive Journey (watch video below)

When I was pregnant, I was so impatient and couldn’t wait to know the baby’s sex. But my husband said we should wait until the baby was born. However, one day at the hospital during a regular checkup, I asked the doctor if she was able to tell the sex of the baby.