Many moms who have had caesarean sections, usually wonder if it’s possible, or even safe, to try out a vaginal birth after that. Whenever I’m asked that question, I usually refer the ladies to a skilled healthcare provider who has all the knowledge and expertise to give the best answer. I believe that every woman’s body is different; that every woman has a different experience for every birth, and there’s no definite answer to that question. So, I reiterate – a qualified medic is the person who can offer you the best answer.

Also Read: Is It Possible that my Daughter is Having Sex?

Having said that, I do know that there are some women who have attempted VBACs. And today, I’ll share the experience of one such mom -Mercy Kilili. This is HER story, as told in her own words. Read on…

“I became a mom for the first time in February 2014 through the birth of my son Davis. He was born through an emergency caesarian section.

It had been a pretty smooth pregnancy. I remember on that day, I went to work as usual, but something inside me felt different. I tried to act all fine until in the afternoon when I saw the mucous plug. The emotions that ran through my mind were that of excitement, relief, anxiety and fear, all at once.

I quickly called hubby and informed him that baby was coming. I was a confident mum-to-be: I had already trained with a doula on how to handle labour pains and delivery.

So I walked to a supermarket and bought all the household stuff I felt hubby would need while I was in hospital. I then took a matatu and headed home to prepare supper so that it could be ready by the time hubby came from work. My plan was to ensure everything was perfect at home before going to deliver.

As the labor pains got closer together, I applied the breathing techniques I had been taught. We then headed to the hospital at midnight. Despite the anxiety, I had in mind my perfect birth plan: check in to the hospital, lie on the delivery bed, push three times and voila! Baby would pop out screaming. Then I would hold him close to my heart and quiet him with some lullaby. Need I say I already knew which lullaby to sing to him?

But of course, that’s not exactly how it happened.

First, they took my vitals then did the dreaded two-finger insert! But why on earth do they have to push in their fingers to see how much someone has opened up? I couldn’t believe it. What if they accidentally put their fingers in my urethra? What if they dug their fingers into the baby’s eyes? I hated that experience, totally. 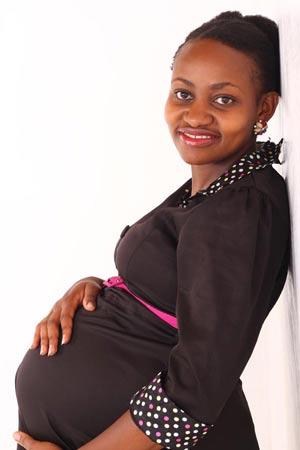 What if I Don’t Make it out Alive?

But luckily, I had a great nurse who helped me relax. It turned out that I had only opened 4cm, and the labour progressed painfully slow. At some point past midnight, the doctor inserted a long needle to burst the amniotic sac to fasten labour. This was traumatic! As a new mum, lots of things go through your mind when someone decides to insert a long needle into your uterus. The green fluid that came out confirmed that baby was in distress and a fast decision needed to be made. A caesarian section it was!

I reluctantly and fearfully signed the dotted line in the yellow form as I was rushed to theatre. What if I died on the operating table? Would my baby make it? Who would take care of him? What about the father, would he remarry, and who? You see, in all my research, I did not imagine that anything could go against my birth plan. The fear of going under the knife is so real!