Hello friends, we all love encouraging stories and today, I share the story of Susan Catherine Keter, who has an amazing testimony of her marriage and her motherhood journey. Read her story below.

How I Met my Husband

“My campus roommate was also my best friend (she and I are still friends). While we were in second year, I accompanied her to her rural home because she was getting engaged. Her fiancé was accompanied by his best friend. The ceremony was successful and in an interesting turn of events, a relationship developed between me and the best friend of my roommate’s fiancé.

As a second year university student, I was still young and marriage or a relationship was not among my priorities. As for my husband, he says that he had been praying for a wife for a while and when our paths crossed, he knew that his prayers had been answered. Now that a guy who was serious had come my way, I started praying to know God’s will.

It was an interesting journey for the four of us. We would occasionally plan outings together. Both gentlemen were working while my best friend and I were students. We started planning the double weddings when we were in our final year of campus.

The two weddings took place the same month, two weeks apart. This was six months after our graduation. Each couple participated in the other one’s wedding as bridesmaid and groomsman. We are family friends till now, almost 30 years later.

Life is not a straight line. Both our families experienced challenges with parenting. My family’s challenge revolved around the health of our children, which in turn affected my health. The tribulations we went through in the form of illnesses (the children and myself battled poor health), led to a very trying time for us and almost put us up to our necks in debt (read more). God is rich in mercy and we all regained our health.

In 1999, I went through a very rough year that left me on treatment for high blood pressure and later, depression. My two-year old son got critically ill at a time when his father was away in some remote place with no communication.  When my son’s condition got really critical, I was assisted by a neighbor to take him to hospital. He ended up undergoing major surgery. His father had no clue about what was going on.

My husband arrived a few days later to find a sick little boy who was being given blood through one arm and water through the other, while a tube through his nose was sucking out waste from his gastrointestinal track. Daddy almost collapsed when he saw his little man in that state.

My mind wanders to the recent happenings in rugby in Kenya and mainly the finals for the Kenya cup and the Eric Shirley Shield. I followed both games sitting on the edge of my seat. Why? KCB Rugby club was a finalist in both matches. And KCB won both finals!

Why is that important to me? Because my son is now a KCB player and he played in that game. He has also represented Kenya in the Under 19 and Under 20 Africa cup in 2016 and 2017. I am thankful for God’s amazing grace.

Some things are difficult to narrate but at the time when my son was unwell and undergoing surgery, I was about two months pregnant. I delivered his younger brother in November the same year (1999).

By a turn of fate, the baby was born with defects to the gastrointestinal track and needed immediate surgery. The doctors gave me this news while baby and I were still in the ward, before we were discharged.

Again, there was no time to consult my husband (mobile phones were not widely in use those days) yet the surgery had to be performed urgently. The surgery was performed when my newborn was just five days old. This was yet another extremely difficult period for me.

This younger son has grown up and is now a rugby player too! He is in the young team of Impala Saracens. 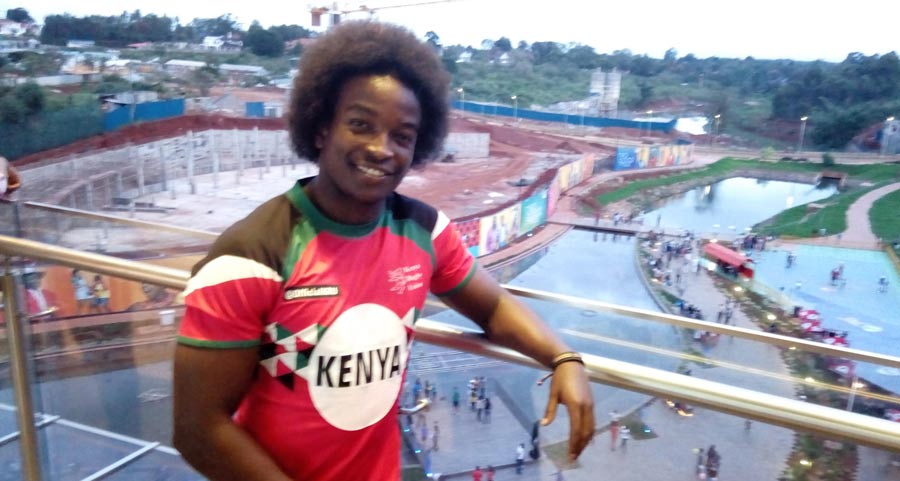 The True Meaning of ‘In Sickness and in Health’

My husband nursed me when my health failed, going out of his way to help me recover. I took time off work to raise our children and was a housewife for 12 years, a period when I raised three young men and three young ladies.

My husband pushed me out of my comfort zone after raising the children. He would spend hours during his free time helping me to polish up my skills. He also got me professionally trained and I was able to rebuild my career, the years as a housewife notwithstanding. Read more about that journey here.

By God’s amazing grace we celebrated 28 years in marriage on 7th April 2018. Our first born is 27 years while our last born is 15 years old. We have one son-in-law –the blessing of an extra son that God brought into our family.” –END

And that’s Susan’s story. I found it to be very inspiring and encouraging, and I hope it has had the same effect on you. You can read more about her on www.susancatherineketer.com Do you have story that you would like to share too, that you believe will encourage other women and moms? You can write to me on maryanne@mummytales.com

Mummy Tales is a platform dedicated to empowering its readers on different aspects of womanhood and motherhood. Read more motherhood experiences of Kenyan moms here.