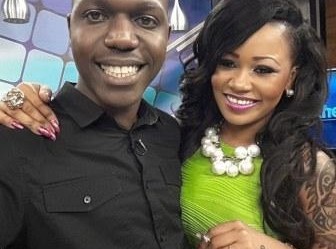 Vera Sidika, Campus diva, Rihanna….this is an opinion article I published in the newspaper this week. Do you share the same thoughts?

*There is an emerging crop of young women in their early to mid-twenties who are causing a ruckus in the public eye, specifically through the media. They are musicians, actresses, socialites, campus divas and the like.

These young women are getting heavy mentions in entertainment television, radio, magazines, blogs, and other social media platforms. Some are known for their raunchy songs with lewd lyrics that promote the use of drugs, excessive alcohol, violence, sex, and promiscuity — lyrics peppered with lots of curse words.

Some are getting paid hundreds of dollars just to look pretty, and who spend time and money bragging about their lavish lifestyles funded by their boyfriends — mostly older, married men — in exchange for sexual favours of course.

These women may not necessarily know each other, but they have two common denominators: one; the overt use of their bodies for financial or material gain, and two; their unapologetic attitudes about their lifestyle.

The ladies have no qualms appearing almost nude in public, and posting hundreds of semi-nude photos in their multiple social media accounts, which have a herd following of thousands of fans, mainly pre-teen girls, teenagers, and young adults. Many girls view them as their role models, aspiring to be just as pretty, famous, rich and successful as them someday.

Now, these young women are living their lives the way they want to. They have no reservations propagating lifestyles that demean women’s bodies and the essence of womanhood. They have chosen to live that way, and regardless of what we say or think about their choices, they really don’t care. And whether we like it or not, these women influence a huge number of girls.

I have heard many parents complain about these women. They call them ‘ratchet’. Referring to them as women of loose morals and wondering who their mothers are. Parents wonder what kind of role models these young women are to their daughters.

One thing I’d like to tell the lamenting parents is that these celebrities are not about to stop what they are doing. They thoroughly enjoy what they do, and it doesn’t matter what anybody says or thinks about them.

In fact, they repeatedly announce that they are not role models, and have never been interested in being role models. That it is the public that bestows on them the title of ‘role model’ against their wishes.

Still, many girls still look up to these women and aspire to be like them. So the best thing for parents to do is to focus on moulding their children well, and instilling in them desired morals and values.

One may argue that parents must prevent their children from listening to or watching these women’s lewd videos, or consuming their sexy photographs via the internet or magazines.

But the truth is, hard as parents try to shield their children from such, they cannot carry them in their handbags everywhere they go. At some point, the children will deliberately or accidentally come across this information.

So instead of spending time grumbling about how their innocent girls are getting spoilt, parents should instead be working harder at instilling in their children values that will stand the test of time.

In addition, parents should discuss with their children about suitable role models, not forgetting that they themselves must be the first role models to their kids. Parents should introduce their children to women who are appropriate role models. Ladies who may not be as popular as the raunchy celebrities, but ladies who are of good moral standing. Parents must help their daughters identify women whose lifestyles do not demean the beauty and essence of a woman.

Remember, it’s not the job of celebrities to raise your children. It is your responsibility and if you don’t do it well, then celebrities, the television, Facebook, Twitter, Instagram and other social media will raise them for you.*

Those are my thoughts. What are yours?