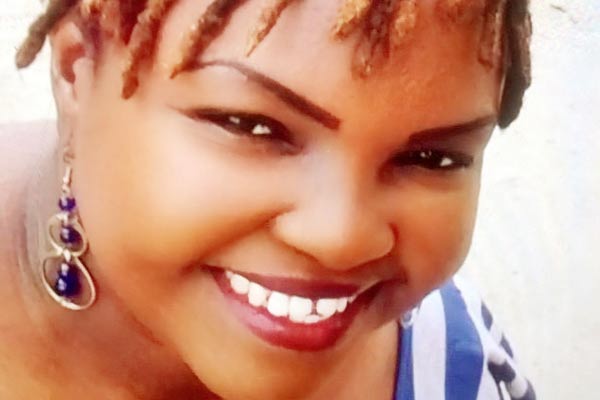 This is the story of 32-year-old Eve Kabiru who shares her motherhood experience with us, which includes trying for a baby, being blessed with a son, suffering a miscarriage, and trying to conceive again.

“I share my story today because I’ve finally found the courage to talk about it two years after my miscarriage. After I got married, I stayed for three years without conceiving, even though I wasn’t on any contraceptive. It was very stressful because I didn’t know what the problem was. Thankfully though, I eventually conceived and bore my son in February 2011. It was an ecstatic moment.

But I would soon be stressed again because of my weight. I had added so many kilos during the pregnancy that my weight appeared abnormal. I thought breastfeeding would help me shed some of it, but it did not. Even though I wasn’t overeating and I was exercising, the kilos were just not dropping and I remained clearly overweight. It didn’t help matters much that people would criticize me about it. Some friends would make snide comments -sometimes openly, sometimes subtly.

“Gosh Eve, you’ve added so much weight after having your baby! Control your eating! Do some workouts!” they would say.

My face also changed and became oily, giving me a shiny look. The same friends would interrogate me on why this was so. I felt bad because I didn’t know why my face had changed or why I was overweight. I felt so helpless. None of them took time to ask me if anything was wrong, and I chose not to tell them anyway, instead preferring to keep just a few friends –only those who seemed to have some empathy for me.

In 2012, I noticed hair growth on my toes and laughed it off, consoling myself that after all, no one would know about it! I also started getting easily irritated, characterized by crazy mood swings where I would snap at the slightest provocation. So I decided to keep to myself and avoid people. I ended up losing quite a number of friends in the process. I thank God for the few friends and family members who stood by me.

I then began experiencing great abdominal pains and even though they worried me, I ignored the need to go see a doctor. But months later, when the pain became extremely unbearable, I decided to go to the doctor who recommended several tests.

The test results revealed a diagnosis of Polycystic Ovary Syndrome (PCOS), which is a condition that affects women of reproductive age, and is caused by an imbalance of reproductive hormones. This hormonal imbalance creates problems in the ovaries. Irregular or prolonged menstrual periods, excess weight, excess hair growth and acne can all occur in women with PCOS.

See Also: Why you are not Getting Pregnant

Following the diagnosis, I found myself asking so many questions: What did it mean for me? Was it a cancerous condition? For how long was I going to have the cysts? What was going to happen to me?