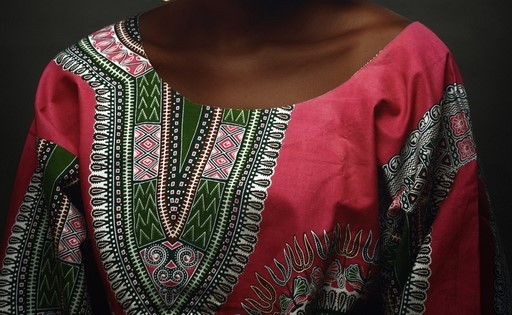 Roselynn is a 27-year-old from Kiambu county, in Kenya’s central region. Roselynn has a physical disability. She was born with a birth defect where her spine didn’t form properly, leading to complications in her limbs. The first three months of Roselynn’s life saw her undergo numerous corrective surgeries. She walks with a limp.

Five years ago, Roselynn fell pregnant, but she lost the pregnancy at six months. In this article, she shares details about that experience.

When she got pregnant, Roselynn says she found her days filled with a lot of anxiety and fear.

“I was young –only 22 years and in college, and with a disability. What would people say? How could I be busy getting pregnant, instead of studying? I feared what people would think of me. I also dreaded my parents finding out, as I knew they would be very disappointed in me,” she recalls.

Also read: Why I put my teenage daughter on the contraceptive injection

At that time, Roselynn was studying away from home, so she didn’t have to face her parents daily. It was only her boyfriend and close cousin who knew of the pregnancy.

After Roselynn found out she was pregnant, she knew she needed to start her antenatal care (ANC) clinics, but she kept postponing her first visit.

“I had too much going on in my mind. There I was, a broke college student who depended on her parents for upkeep. My boyfriend was just as young, 23 years old and jobless. With a disability, I also feared I would be reprimanded by the nurses. I was afraid they would ask me too many questions which I would be unable to answer. I kept waiting for ‘the right time’ to start the clinic,” she says.

For a positive pregnancy experience, the World Health Organization (WHO) recommends that a pregnant woman starts her ANC visit in the first 12 weeks’ gestation, with subsequent contacts taking place at 20, 26, 30, 34, 36, 38 and 40 weeks’ gestation. ANC visits present important opportunities for the prevention and management of existing and potential causes of maternal and newborn complications.

Breaking the news to mother

Finally, after days, weeks and months of agony, Roselynn decided to break the news to her mother. She had visited her parents back at home. She texted her mother with the message: “I’m sorry mom, I’m pregnant”. Roselynn sent the message late at night.

Fearing the repercussions of her revelation, she left for college very early the following morning before anyone knew.

“Interestingly, the few times I would go home or when we were on a break from college, my parents never noticed my pregnancy. I worked very hard to hide it,” she says.

As expected, Roselynn’s mother was surprised by her daughter’s message.

“My parents could not imagine that I could be pregnant. It had never occurred to them that I was sexually active. They worried about the implications of my pregnancy as a young woman with disability.”

Going to the clinic

After she got over her initial shock, Roselynn’s mother asked her how far along she was. That was when it occurred to her that she herself had no idea. She had never attended an antenatal clinic, and so didn’t know how many weeks gestation she was. She decided to act.

“The following day, I went to the clinic for the first time. After being interrogated and examined by the nurses, they established that I was six months pregnant.”

One of the tests that Roselynn underwent at the clinic was ANC profiling, which ideally should be done in the early weeks of pregnancy. The ANC profile involves several laboratory tests on a pregnant woman, which are instrumental in identifying any underlying conditions or complications. This helps in providing early interventions where necessary. The ANC profile also helps to determine the mother’s blood group to establish the Rhesus (Rh) factor.

Also read: The menstruation experiences of women and girls with disability in Kenya

According to Mayo Clinic, Rh factor is an inherited protein found on the surface of red blood cells. Where one’s blood has the protein, they are Rh positive. If the blood doesn’t have the protein, they are Rh- (negative). The “+” or “–” after blood type refers to Rh positive or Rh negative. Having a Rh-negative blood type usually does not affect one’s health but can be problematic during pregnancy if the mother is Rh negative and the baby is Rh positive. In such a case (Rh incompatibility) the pregnancy needs special care.

After Roselynn’s ANC profile was done, she was informed that her blood group was O- (negative), something she was told she needed to be worried about.

“I had never known what my blood type was, and I didn’t understand what the nurses were telling me. They explained the rhesus incompatibility factor, but it was all jargon to me. They said I was lucky my pregnancy had survived that long as I typically should have miscarried earlier. That even though alive, my baby’s pulse was very weak. I was horrified by the information they were giving me,” Roselynn remembers.

As they gave her medication, they thoroughly scolded her about her delay in starting her antenatal care visits.

“They told me that had I presented myself to the clinic earlier, the ANC profile would have established that I was Rh- (negative) and I probably would have been given an injection to help me and my baby. When I asked them if they could give me the injection then, they said that it was already too late, that it would not help.”

The injection that the nurses were referring to is known as the Anti-D immunoglobulin injection, which is given to a Rh- (negative) woman if she presents with any complication in pregnancy, regardless of gestation. The injection is also given within 72 hours of giving birth.

Roselynn was released to go home but was advised to watch out for anything unusual and if she noticed anything, to return to the hospital immediately.

“My cousin was staying with me then, and since the bleeding began in the evening hours, we decided we would go to hospital early the following day. By morning, I was so sick that I couldn’t walk, and we had to hire a taxi to the hospital. After the medics examined me, they asked who had accompanied me to the hospital. I told them it was my cousin –who was just about the same age as me. They instead asked for my mother’s number and asked her to come to the hospital immediately. From how they were behaving, I could tell something was terribly wrong but I chose not to concentrate on it.”

While waiting for her mother to arrive, Roselynn remembers the doctor opening a book and handing it to her. The article he asked her to read talked about the rhesus factor and its implications in pregnancy. As she read the article, Roselynn remembers merely reading words but not understanding their meaning.

It was only until she saw her mother walk into the room that her world fell apart.

“When I saw my mom, I just started crying. That’s when the reality of what was happening hit me. She didn’t need to say it. I knew my baby was gone.”

In the presence of her mother, Roselynn was informed that they had found no foetal heartbeat, that she had lost her baby. She was told that she had to deliver the baby immediately. After being induced, and many grueling hours later, she delivered her stillborn son. She was given the Anti-D immunoglobulin injection soon after.

Also read: How society’s attitudes towards the sexual lives of women with disabilities creates problems

Was it because of my disability?

Roselynn remembers her mother asking the doctor over and over again if she had lost the baby because of her disability.

“The doctor told her that the loss of my baby had nothing to do with my disability, but perhaps it was because of my blood type and that of the baby’s, which he said was Rh+ (positive).”

Roselynn delivered her son at six months, just days after she had gathered enough courage to break the news to her mother about her pregnancy and thereafter go for her first ANC visit. She keeps wondering if that delay resulted in the death of her son. What if she had not been afraid to visit the clinic in the early days of her pregnancy? Would her baby have been saved?

Roselynn says she is now more informed about what she needs to do in the event she gets pregnant again.

“It has been five years, but the episode is still fresh in my mind. I still mourn my dear son. I haven’t been dating seriously because most men I meet want to settle down and start a family, but I don’t feel ready for that –yet. I’m not sure I’m ready to get pregnant again. I don’t know when or if I’ll ever be ready. For now, I’m just taking it a day at a time.”

Also read: I Lost my Baby at 37 Weeks Pregnant. This is What Happened” –June Muli

After the interview, I asked Roselynn* if she needed support or counseling for women who have lost babies, to which she responded that she did. I referred her to Vivian Gaiko of Empower Mama, whose story you can read here.

If you too know of a woman who has lost a baby and needs support, please refer them to Empower Mama or empowermamafoundation@gmail.com

Do you have feedback on this article? Please e-mail me at maryanne@mummytales.com or comment down below.

Also read: The pregnancy and childbirth experience of an amputee woman in Kenya

*Not her real name. 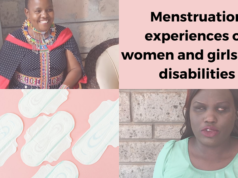 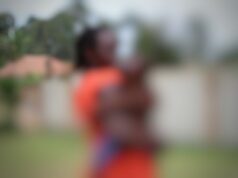