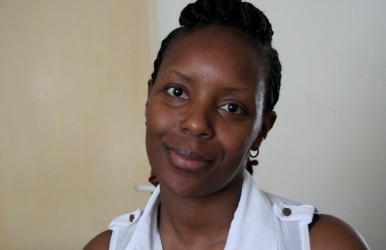 Current info to note: There will be a First Aid training by the Amara Initiative on Saturday 28 September 2019. More details on the poster at the end of this article.

In August 2011, Alice and Anthony Kibagendi who had gotten married the year before welcomed their first child, a daughter whom they named Amara.

“Amara was a very beautiful, sweet and bubbly baby who brightened up our lives. Every day, my husband and I would look forward to our return home to spend time with our little princess,” Alice remembers.

But on the evening of 2 March 2012, the worst happened. Amara choked while being fed on a meal of mashed potatoes mixed with milk by her nanny. While feeding, Amara started coughing persistently and on noticing this, her nanny began patting her back. When Amara started going faint, her nanny raised the alarm.

Good samaritans came to the rescue. However, baby Amara was already unresponsive, and so began the rush to hospital. One of these good samaritans, a nurse, performed First Aid on Amara as they headed to hospital but unfortunately, Amara was pronounced dead on arrival. She passed away at the tender age of just six months. Her parents were crushed.

“It was sudden, something we had never imagined would happen. It was unbelievable that she was with us one minute, and the next she was gone, without warning. Losing a child is the worst form of tragedy that any parent can go through. It is a kind of pain that pierces right through your heart,” Alice says.

The days after Amara’s passing -as the family made burial plans, were particularly excruciating.

“I was in shock. I asked God so many questions but never seemed to get answers. I cried until I could cry no more,” she says. 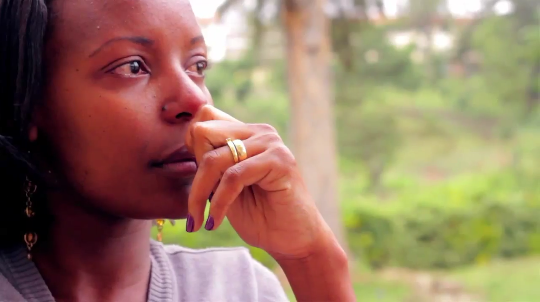 But as friends and relatives streamed into the Kibagendi home to comfort them, Alice picked up something in the words of comfort they received from the countless visitors.

“Many would tell me that they knew of other babies who had choked, that I should take heart because ‘these things happen to many babies’. Almost everyone who visited me had a story to share about a baby who had choked. Some mothers had actually been the ones feeding their own babies when they choked to death. Even in my own sorrow, my heart wept for these moms. I could only imagine their pain and the blame they heaped on themselves for the tragedy,” she says.

Prior to baby Amara’s passing, Alice had only ever heard of one other choking incident in a baby. And even then, she had asked herself thousands of questions on a cause of death that she viewed as preventable.

“I wondered what the housegirl had been doing at the time the child was choking. Was she engaged in other chores? Was she watching television perhaps? Was she on the phone maybe? What exactly had she been doing that led to the baby’s choking,” Alice had wondered. 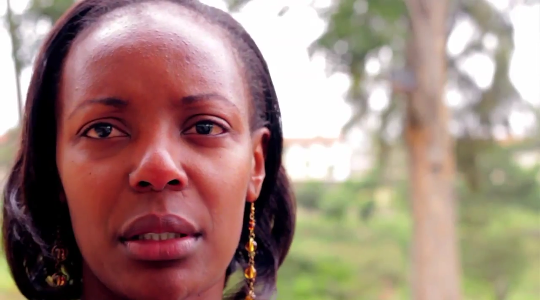 When baby Amara choked, Alice was at work. The more she replayed her daughter’s last moments, the more she questioned herself, wondering if she herself would have been capable of saving Amara had she been present.

“I asked myself if I really knew how to handle a baby who was choking. The more I asked myself, the more I realized that I did not really know how to properly assist a choking person — a clearly life-threatening medical emergency.”

Her desire to fill this knowledge gap is what led Alice to enroll for a basic First Aid course.

“I didn’t want to be unprepared in case the need ever arose. Choking could happen to anyone — whether a child or an adult — and I wanted to be equipped with the right knowledge and skills on how to handle such an emergency,” she says. 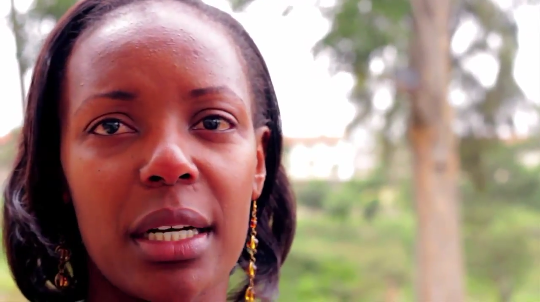 Alice mobilized many members of her family and friends to attend the basic First Aid training as well. Even after the training, she continued to research more on First Aid. She would spend her days watching videos on the internet and reading hundreds of articles on the same. She would then share all she had learnt with her friends mostly through her Facebook account.

“I would receive numerous responses, with most people asking me where they could be trained on basic First Aid. Many of them were parents with little babies. I understood where they were coming from.”

Alice then realized that her friends represented thousands of other people out there — people who needed to be equipped with basic First Aid skills. She decided to do something about it.

In June 2012, just three months after baby Amara’s death, she set up the Amara Initiative.

“The goal of Amara Initiative is to ensure that as many people in society have the skills necessary to intervene in a life-threatening situation before professional medical assistance arrives. This, after realizing that both children and adults die in situations where basic First Aid could have saved their lives.”

Once a month, the Amara Initiative would conduct a basic First Aid training. Participants were mainly composed of parents with young children (employers) and their employees (nannies). Among others, the training curriculum includes not only choking, but accidents around the house, such as poisoning, burns, cuts, bites, stings, falls and even instances of children drowning in buckets of water.

But as the training progressed, Alice noticed something among the participants.

“I realized that putting employers and employees in one class did not work well. Many of the nannies felt intimidated learning together with their employers which made them uneasy during the day-long training. Aside from that, their learning paces were different — some nannies were illiterate and did not know how to read and write and so did not grasp issues as easily as their educated employers did,” she says.

With this realization, Alice changed strategy and began offering separate training sessions for nannies and parents. 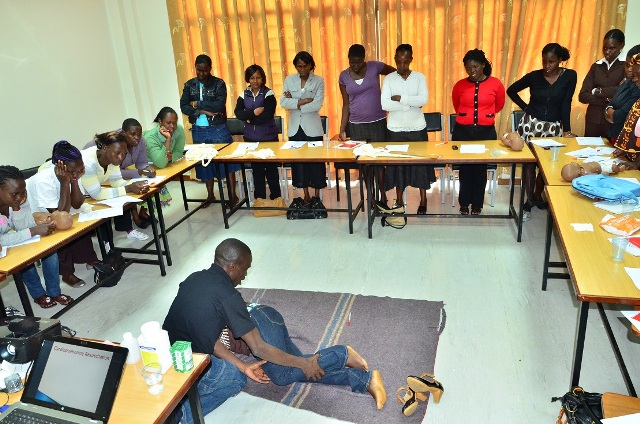 But the separation of nannies and parents led to another set of discoveries.

“As we talked to them about minimizing choking risks for babies, the nannies would open up and share details which we were previously not privy to. They revealed that some parents were very strict with their children’s meals and schedules. That their child had to eat at a certain time, finish all their food and be asleep by a certain time. This would force the caregiver to make the child eat quickly, sometimes force-feeding the child — one of the great risks for choking.

Sometimes, despite the child being visibly full, the nannies would still make him continue eating because of the parent’s insistence that the child clear his plate, or else the nanny would be liable. Scared of losing their job, the nannies would continue stuffing food in the child’s mouth — another risk factor for choking,” Alice says.

There were countless other such revelations that Alice and her team became aware of about feeding practices that put the children at increased risk for not only choking, but other accidents in the house as well. Instances where the employer leaves instructions on a long list of house chores that must be completed by a certain time, or else the nanny would be severely reprimanded. This pressure would make the nannies focus on their chores and forget to keep a close eye on baby leading to accidents around the house. 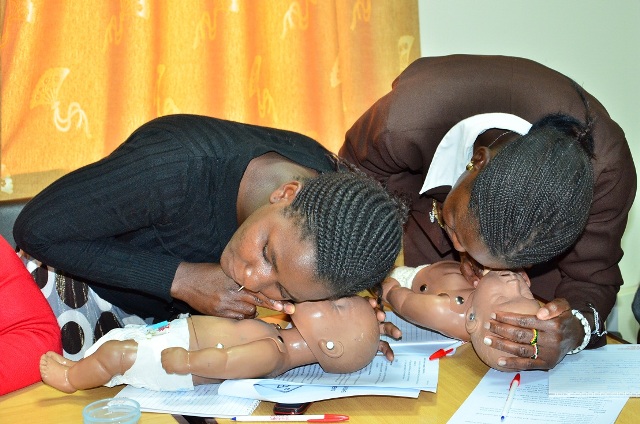 In addition, the nanny trainings also shed light on another aspect.

“Some nannies have grown up in rural areas and come with their own knowledge and remedies for certain situations. For example, if someone is bleeding, the best way they know how to contain the bleeding is apply raw banana juice or other herbs which are easily accessible in the village. But in an urban town, they do not know where to find these traditional remedies and are left stranded, yet the injured person continues to bleed and get worse. We shared all that we had learnt from the nannies with the other training group — mainly composed of parents, and this also helped inform our curriculum,” she says.

Three years on, the Amara Initiative continues to carry out monthly basic First Aid trainings. The classes are now mostly composed of nannies, sponsored to the course by their employers. Each class sees an average of 25 participants. 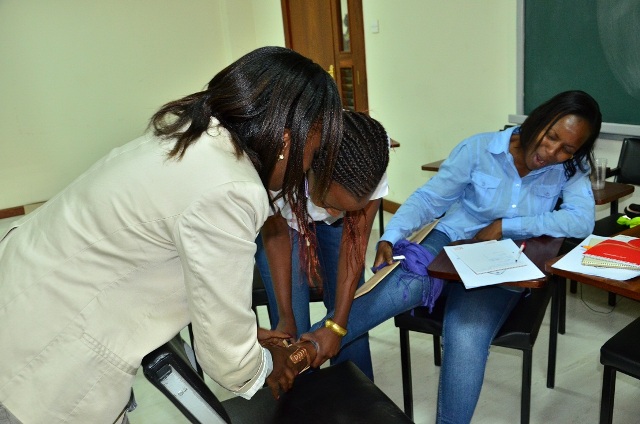 Since the launch of Amara Initiative, over 1,200 people — mostly nannies — have received training. Alice has never once missed a training.

“Since I began the initiative, I have received numerous calls, text messages and emails of people telling me that because of the First Aid skills they received for the Amara Initiative training, they are more confident about handling any emergency that may come along their way. I have had people tell me that they have actually applied the knowledge they received in an accident situation in their own home and saved the life of a dear one!”

Aside from the monthly trainings at a designated venue, Amara Initiative also conducts on-site trainings, such as in schools where they train teachers. Currently, Amara Initiative conducts its activities only in Nairobi, but Alice plans to expanding the Initiative’s work to other towns. She also hopes to produce educative basic First Aid videos and other learning material that are tailored to the Kenyan context. 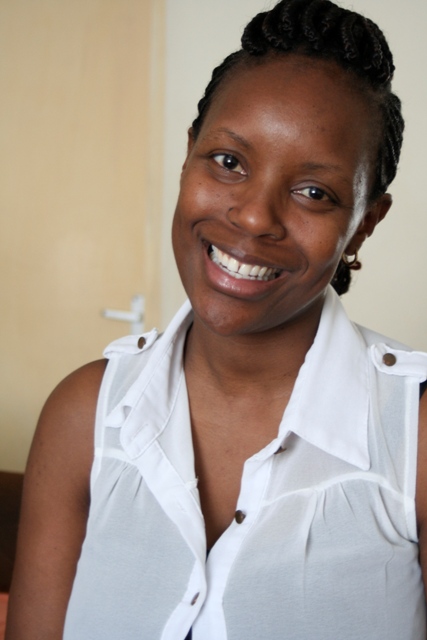 The work of Amara Initiative is a daily source of inspiration for Alice. Through it, she believes that baby Amara continues to serve her purpose on earth.

“She may have been with us physically for a very short time  — just six months — but her legacy lives on. Every other day, Amara helps save a life. She continues to be our pride and joy,” Alice says.

Alice and her husband Anthony Kibagendi have since been blessed with another daughter, baby Anaya, who is now four months old.

You can find Amara Initiative on Facebook or 0718 011 996 or info@amarainitiative.co.ke

*I first published this article in The Star. 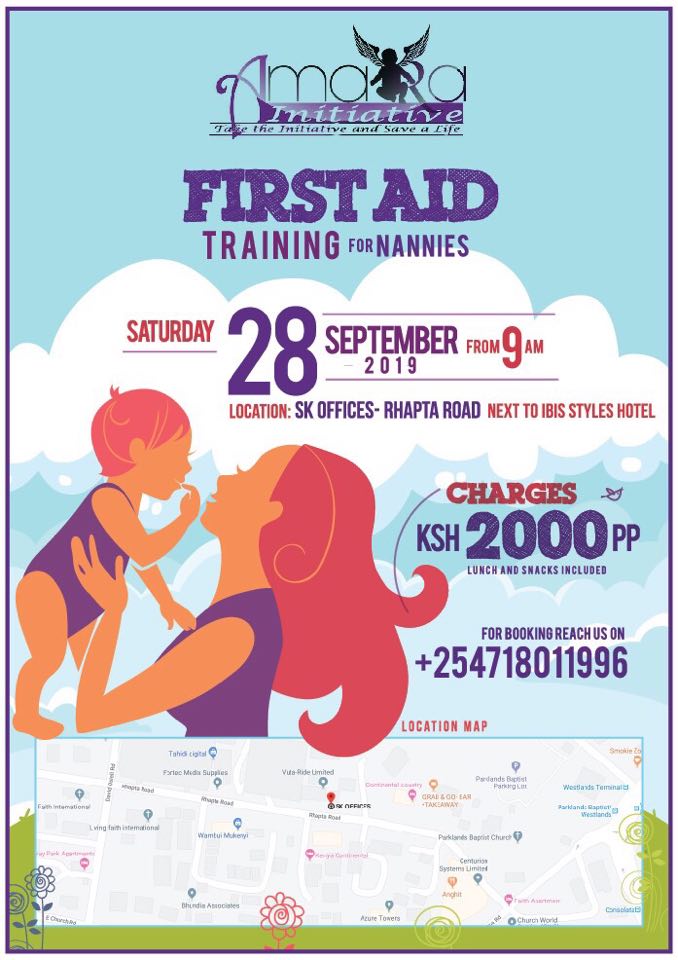 Have you gone through an experience in your parenting journey that you would like to share with other parents? Something that we could learn from? You may email me on maryanne@mummytales.com