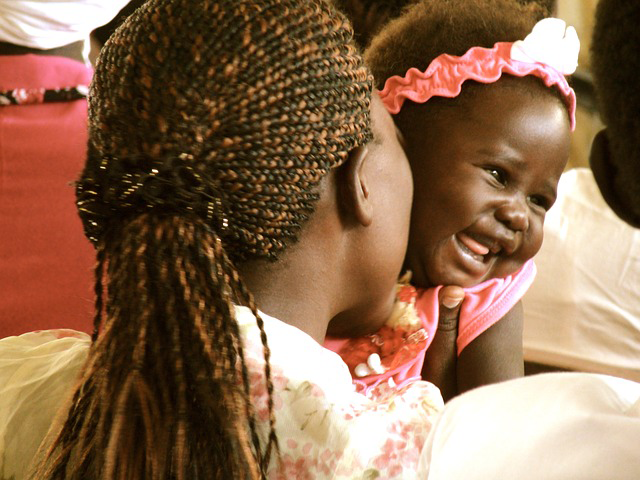 For many working moms, many delegate some responsibilities to their house girls. A Mummy Tales reader inboxed me with an experience she recently went through, and requested if I could share it with other moms. She said:

“The other day while at chama with the gals, we got talking and I learnt something that has totally opened my eyes to something I wasn’t aware of.

For a while, my 4 year-old daughter had been complaining of pain when urinating. I had taken her to hospital many times, and each time she was tested for a Urinary Tract Infection (UTI), the results always came out negative. So at chama, when one of my pals mentioned the practice of douching, a practice common among some communities in one of the neighboring countries (where I am currently based), I put two and two together and got a ‘light bulb moment’.

(Douching is washing or cleaning the vagina with water or other mixtures of fluids. Women who douche say they do this to keep themselves fresh, get rid of vaginal odour, rinse away menstrual blood, prevent pregnancy after having sex, and also to avoid STI’s. Douching is not recommended by health experts).

I relocated to this neighboring country 3 years ago with my family, and I have had quite a turnover of house girls. Most of these house girls come from a culture where douching is common.

So when I got home after chama, I called my daughter aside and asked her to tell me how the current housegirl washes her. She told me: “she uses her fingers to wash me inside here” (pointing at her vagina). You can only imagine how mad I was and the grief I felt upon hearing that. I was crushed. I could not believe that all this had been happening to my daughter yet I had no idea. How could I not have known? I felt so guilty.

When I asked my daughter why she didn’t tell me earlier on what was happening, she innocently told me that she didn’t know it was wrong.

I felt so terrible! I don’t blame the house girls because I later on discovered that they were brought up washing their vagina’s that way, so for them that’s the only way they know how to clean themselves. It’s part of their culture so they had no malice when ‘cleaning’ my daughter.

Had I known before, I would have instructed them on how to bath my daughter immediately I hired them. Now I know better and will always ensure that I take time to show every new house girl how I want my daughter to be bathed. I will also question them on the douching aspect before I employ them.

The reason I’m sharing my experience is so that other moms with daughters can learn from me, especially those with house helps who are of different communities from their own. Our cultures as Kenyans, as East Africans differ, and it’s best never to assume that what you do/don’t do is what someone else does/doesn’t do. It’s better to ask some of these things while you’re hiring them. I have learnt the hard way.”

That is this mum’s story. Very hard-hitting I must say. I hope it helps another parent out there. -Maryanne.