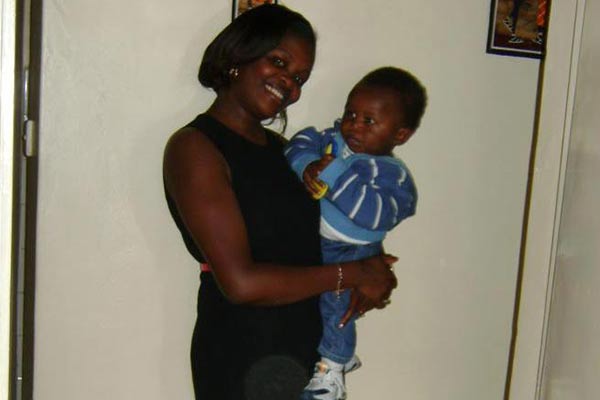 Liz Muturi Mugendi is mother to her son Mwaniki, born in April 2012. She describes Mwaniki as ‘her absolute pride and joy’. Today, I bring you Liz’s story, a motherhood journey that includes a miscarriage and the loss of her infant daughter.

Maryanne: What do you love most about your son Mwaniki?

Liz: I love everything about my son. Every time I look at him, think about him or just hold him in my arms, my heart dances. If I was to pick some things about him that I love, it would be the way he follows me around the house, or the way he stares up and looks at me, or his beautiful smile. The list is endless.

Maryanne: How has your motherhood journey been?

Liz: Well, it’s been quite a journey. I remember when I found out I was expecting our first child, my partner and I were so excited. I started shopping and telling anyone I met that I was expectant, even before I began showing. However, a few weeks later, I had a miscarriage at 8 weeks. It was a very devastating time for us. I cried and mourned my unborn child for a very long time. We named that baby Angel. After that loss, I knew I wanted to be a mum more than anything else in the world. That was in October 2009.

God was faithful to us because a few months later we found out we were expecting again. This time round I was so cautious about everything I did, careful not to do anything that would cause me to have a miscarriage. I took supplements right from the start, started seeing my gynaecologist and went easy on my workload just to avoid straining myself.

The pregnancy went well, and my dear daughter was born full-term, weighing 3kgs. The best moment of my life was when I held her in my arms. We named her Georgia Wambui, and fondly referred to her as ‘Bobo’. She brought so much joy and warmth into our lives and home. She also helped me deal with the heartache of the miscarriage.

Bobo was generally a healthy baby by any standards. That was until she turned 8 months when she started falling sick, catching colds and coughs. We were admitted in hospital and were informed that she had a low blood count and was dehydrated. Bobo received a blood transfusion and was discharged a week later, after being informed that she was now well.

However, after only being home for a few days, she started going down again and this time round we went to a different hospital because we wanted a second opinion. It is here we learnt that she was suffering from a very rare disease called AutoImmune Haemolytic Anaemia (AIHA), which is a malfunction of the immune system where it produces autoantibodies that attack red blood cells as if they were substances foreign to the body. This was a big name for us and it was a very difficult time for my family and I as we watched our baby go through so much pain.