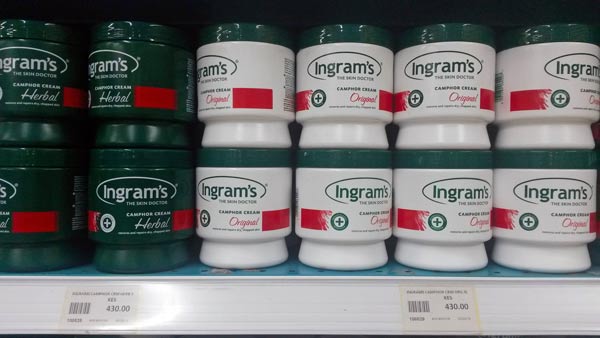 My two sons have had eczema. Their eczema only appears on the face and behind the ears.

With Kitty, it started when he was just a few weeks old and the first thing I tried was olive oil. It didn’t work. Then we tried Vaseline. Didn’t work. Then Arimi’s. Didn’t work either. By the time he was six weeks old, his eczema was so bad that we saw a doctor who advised us to apply aqueous cream. Even that one didn’t work.

A few weeks later and no progress – we were referred to a dermatologist. She advised us to use oilatum cream on him. Worked like charm. By the second day, the eczema was clearing and by the third day, it was all gone. Just like that. Kitty was three months old then. The eczema disappeared completely. To date. He’s 4 years old.

Then came Ello. I don’t even know where to start.

His eczema showed the same trend as his brother Kitty’s, starting a few weeks after birth. I tried olive oil. Didn’t work. Then I tried Oilatum on him – the one his brother was using. But it didn’t work. At all (I was disappointed because I thought since they are of the same blood si then it will work?). I tried shea butter. Didn’t work. I tried glycerine. Didn’t work either.

Meanwhile, I’d see the dermatologist who would offer him a prescription for some things that they mix at the pharmacy. Immediately I would apply the mixture on Ello, the eczema would disappear in a matter of hours. Gone. Just like that. Like magic. After completing the dose, she advised me to use physiogel lotion on him. It didn’t work. She then told me to use Dove soap – the original one (the one with a navy blue pack). It didn’t work. I then decided to keep trying different things until I found ‘the one’.

So I tried aqueous cream. Didn’t work. I tried coconut oil. Zero. Aveeno. Nothing. Epimax. Nope. I tried eliminating different things in his diet -including dairy and protein to check for allergy. I never found it (I’m still trying to find it).

Then one day, in the supermarket, I passed by the aisle that has body lotions. And right there was Ingram’s looking at me. The Ingram’s I have always seen but never paid much attention to. It read: ‘The Skin Doctor’. That definitely enticed me and I decided to try it out. I picked the smallest tub – the green herbal one. If it didn’t work, at least I wouldn’t feel the pinch so much because I had felt so much pinch from some of the costly products I had already bought but which hadn’t worked on Ello. So I tried the green herbal Ingram’s on him. It didn’t work. *Sigh*.

But I didn’t give up on Ingram’s. I decided to try the white one. Again, I picked the small tub. I tried it on Ello. I noticed a change. The eczema began reducing gradually. By day three, his skin was clear and by day five it was smooth. Halleluyah!!! Phewx!!!

So that’s what has been working for him ever since I first tried it on him, and which he continues to use to date. He’s 2 years old. 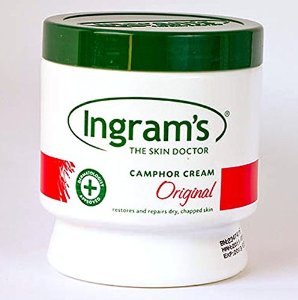 So the Ingram’s original is what works on Ello. Oilatum is what worked for Kitty. Thankfully, Kitty seems to have outgrown his eczema, but not Ello. Anytime I stop with the Ingram’s, the eczema flares up again. The dermatologist however assured me that eczema goes away with age. I however decided to take that with a pinch of salt because Baba Kitty still battles with his eczema to date. I guess I just have to learn how to manage it.

Lessons I Have Learnt:

How about you? Have you experienced eczema with your child? What has worked?