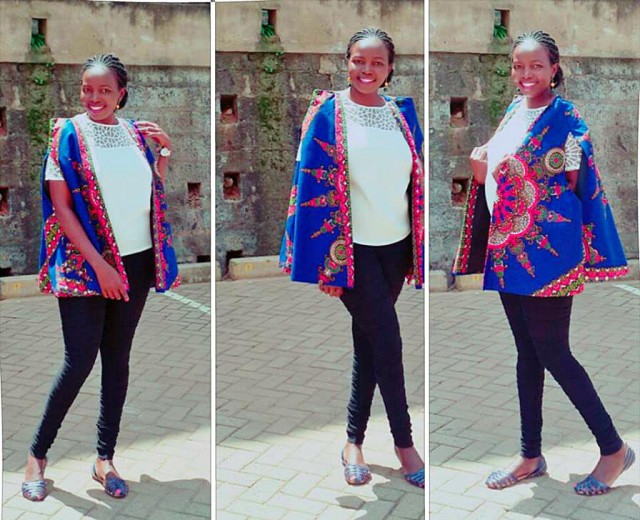 A few years ago, Hellen was in a lustrous career -an architect, designing buildings for clients in different parts of the country. And then, just like that, she dropped it for apparel. She became a fashion designer. Mummy Tales writer SYLVIA WAKHISI brings us more on this designing mom.

As an architect, Hellen loved her job, which she did with passion and diligence. But as days went by, she began having an unsettling feeling. Something somewhere just wasn’t sitting right.

“I was indeed in a dream career, one that anyone would dream of having. But I began feeling unfulfilled, and as the feeling became stronger, I felt the need to make that bold decision to leave,” says Hellen, who is in her early thirties.

As expected, it was not a decision that went down well with some of her friends, who chided her for abandoning such a prestigious career that provided so many opportunities for her. But her mind was made up. She was done.

Her mind was now settled on fashion.

“I had never attended a fashion and design school, but I knew it was what I wanted to do. As I started the business (in 2010), I actually had no plan,” she confesses.

But with a strong will, Hellen began conceptualizing and creating her own pieces which she made from kitenge fabric. At that time, Hellen says the young women she came across –her peers – had not quite embraced the kitenge, which they felt was for the older generation. But whenever she made an outfit and wore it, they would have a change of mind about it. 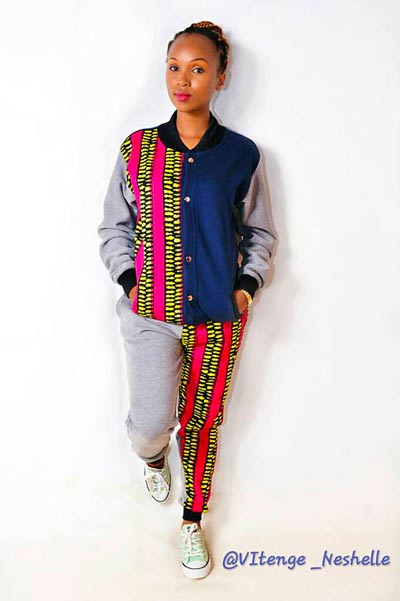 Within no time, Hellen started selling vitenge fabrics and designing outfits from them. Today, she is the proud owner of Vitenge Neshelle, a fashion line that specializes in Congolese kitenge fabrics. She also designs outfits for men, women and children, clutch bags, sandals, beaded sandals and doll shoes.

“My goal is to always make the kitenge modern and suave so as to fit my client’s day-to-day needs. Participating in big fashion runways is a big dream which she hopes to achieve someday,” she says.

Hellen is grateful to God for a team of friends who have been instrumental in the success of her business, as well as her husband whom she terms as her number one fan. 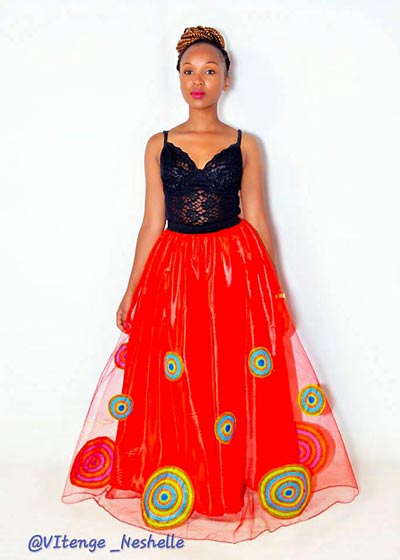 Hellen’s daughter – Maya Anelisa Ndoli is 1 year and five months old. Motherhood has been an exciting journey for her, with its own share of untold tales, lessons and experiences.

“To carry a pregnancy and bring forth a child is an interesting journey, just as much as raising the child is. One of my most precious moments as a mom is when my daughter cups my face in her little hands and gives me a peck. That gesture means so much to me!” she says, adding that “Motherhood has taught me what selflessness, faith and true love is, but above all it has taught me what God’s favour and grace is because all this is because of Him.”