When I was in primary school, there were thousands of us and while most easily got ‘lost in the numbers’, there were a handful of pupils who stood out. And there is this one particular girl that stood out. Her name was Yvonne. Yvonne Kalahi.

Even though Yvonne was a few years younger than me, I nevertheless knew her. Or rather I was aware of her. You know – it’s usually easier to remember pupils who were ahead of you but harder to remember those in classes behind you. But I remember Yvonne.

I remember her because, young as she was, she used to host a certain show on television. This was in the late 80’s when KBC –then called VoK was the sole TV station in the country. The signature tune of Yvonne’s travel show was the song “God’s Country” by Kool and the Gang. That song had such a cool beat to it.

As the show’s host, Yvonne would dress in lovely clothes, would be up and about sampling different places while clearly appearing to enjoy what she did – travelling and hosting.

Yvonne would present the show in such a confident and eloquent manner – never missing her words – or her steps. I’d always tune in to Yvonne’s show and whenever I did, I would look at her and I’d be like – wow! This girl is lucky!

At school, Yvonne was just as charming. She had this smile, was sociable and pleasant. Like I said, Yvonne was much younger than me so we weren’t friends (for lack of a better expression), but a significant number of the school’s population knew her. I mean, who didn’t know the pretty girl who hosted a show on TV? Yvonne was a star not only in our school, but across the country.

And yes, Yvonne was the envy of many young girls. There was just something about her that we wished for. Whether it was the confidence, the nice clothes, the eloquence, the radiance, the opportunities she got, the people she met or just how she looked.

There was something. And as we tried to figure that out, we’d always wonder – how did Yvonne get to be on TV? How is it that she was so articulate? Did it come naturally? Did she ever get scared of being on TV? Was it something maybe we could also do? We never quite got the answers to those questions, but I’ll tell you the reason why I’m talking about Yvonne today.

Yvonne is the first person that came to my mind when I chanced on some information about a certain platform for children who are interested in hosting shows on television, acting for TV, films and commercials, as well as public speaking.

Today, we have more than one television station and there are lots of other broadcast platforms, meaning that the opportunities for children interested in the screen are endless.

And what the Africa Film & TV Talent Resource Center is doing is offering our children who have an interest in television and film the opportunity to be stars. And there are lots of benefits that come with this: the exposure, the confidence, the opportunities, the increased knowledge on topical issues, the potential to carve a successful future, the financial perks (I know of a child actor whose school fees comes purely from his acting gigs), among others.

So if you have a child who is keen on exploring the television and film industry, then consider enrolling them for the boot camp at Brickwood School in Nanyuki this coming holiday from 29 November – 5 December 2015, where they will also get the chance to meet some of their role models and mentors in the broadcast industry.

Having them participate in such a camp will increase their chances of landing that coveted opportunity to be on our screens as an actor, actress, or a great television host, just like Yvonne. Yvonne Kalahi. You never know…

You can call 0729 653 365 for more details about the boot camp. See also on Facebook the Africa Film & Talent TV Resource Center. 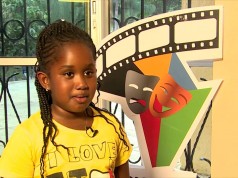 Do You Want your Child to be the Next TV Star? Your 8 Questions Answered 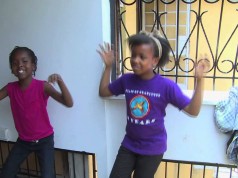 Could your Child be the Next TV Star?