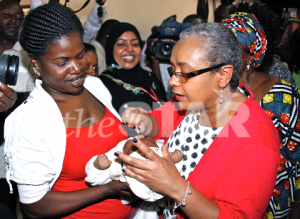 Are those the Polio People Knocking on our Doors – AGAIN?? That is the question that I’m hearing many moms around me asking –specifically those in Nairobi. “All those many vaccines, aren’t they overdosing our babies? Are they safe? Are all of them necessary in the first place,” they ask.

By now, you’ve probably seen or met with Ministry of Health officials going from house to house in the estate inquiring about households that have children aged below 5 years. They are then giving them another round of the Polio vaccine. There have been several vaccines given before, and this is yet another round. The campaign began on Saturday 10 May and will end tomorrow Wednesday 14 May. This campaign is being done in 25 counties only.

But why are there so many of these Polio campaigns? Haven’t our babies had enough of them surely?

My two sons – one aged 3 years and the other 1 year are among the core target groups for these campaigns. They target children under 5 years because Polio is a crippling disease which can strike at any age, but it mainly affects children under 5 years. So for me, I have ensured that my boys have received all their vaccinations when they have been in good health. But for a while, me too I had been wondering why there are so many of these Polio campaigns every so often.

My questions were answered when about three weeks ago, I attended a media briefing by the Ministry of Health. There, I got to understand why there have been so many of these Polio vaccination campaigns. And I will share with you this information.

Allow me to start with some chronology first.

In 1984, the Polio virus was reported in Kenya. After that, the country remained Polio-free for about 22 years.

In 2006, there were 2 reported cases of Polio in Kenya –which were importations from Somalia.

Three years later, in 2009, there were 19 detected cases of Polio in Turkana, and which originated from South Sudan.

As of August 2013, there had been 12 confirmed Polio cases, which were linked to an outbreak in Somalia.

And that is in summary how Polio came back into Kenya after being absent for 22 years.

Now, for as long as ONE child in Kenya has Polio, then children all across the country are at risk of contracting the disease. The Polio virus knows no borders, and considering that carriers may frequently travel, the virus can appear just about anywhere –even in an area that was previously considered ‘safe’. 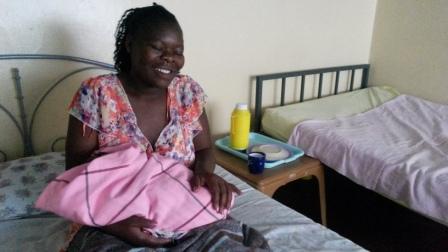 And that is why the government is carrying out national vaccination campaigns –to ensure that all children are immunized from Polio. By the way, these campaigns are in addition to the routine vaccinations that all children are supposed to take. Routine Polio immunization in Kenya is done four times: at birth, at 6 weeks, at 10 weeks and at 14 weeks of age.  Additional doses, such as the ones given during national campaigns give valuable protection against Polio. And by the way it is important to take note that only 80% of the children get full immunization after 3 doses of routine immunization.

Now, if a significant number of children don’t get the vaccine during a campaign, then another round has to be done. ALL children must be immunized. That is why there is another campaign happening now, and which is being done in 25 counties only. These counties are:  Baringo, Bungoma, Busia, Elgeyo Marakwet, Garissa and refugee camps, Homabay, Isiolo, Kakamega, Kilifi, Kisii, Kisumu, Kwale, Lamu, Mandera, Marsabit, Migori, Mombasa, Nairobi, Siaya, Tana River, Trans Nzoia, Turkana and Kakuma Refugee camp, Vihiga, Wajir and West Pokot.

So if you happen to be in one of those counties and have a child aged under 5 years, please ensure they receive the dose. Incase the Ministry of Health workers come to your house and don’t find you, then you can take your kids to the nearest health center, as the vaccine is available in all health centers also (for free). They are also giving it to children in schools, basically ensuring that they try and capture all kids.

And by the way, the Polio vaccine at the hospital is the same one as that being given by the Ministry of Health workers. They are not different.

So there, I hope you’ve learnt something about why the many Polio vaccines. Also note that the vaccines are very safe, and there is no such thing like an ‘overdose of Polio vaccine’. 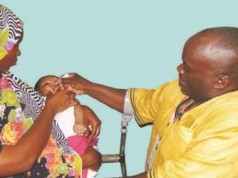 Polio Shattered my Dreams to be a KDF Soldier -Harold Kipchumba