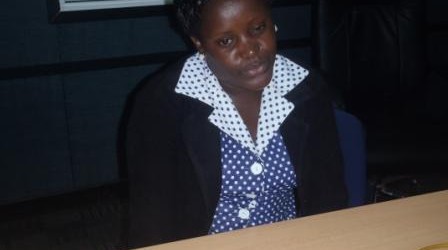 This is an article I have written in today’s Nation newspaper, in the Living magazine here. The month of May is dedicated to raising awareness on the issue of Preeclampsia, a serious condition that some pregnant women develop. Preeclampsia is a leading cause of pregnancy-related deaths. Most of these deaths are preventable, and need NOT happen.

Here is the article:

**When Lourdes Walusala found out that she was pregnant two years ago, she and her husband could hardly wait to hold their first child.

“I was excited about becoming a mother; it was the start of a new chapter in my life. I began eating right, exercising mildly, relaxing, and was determined not to let anything stress me. I was focused on having a healthy, smooth pregnancy,” she says.

She nicknamed her child, a boy, “Sunshine” and would often talk or sing to him as she went about her day-to-day activities. At the time, she was a Third Year communication student at Moi University’s Nairobi campus. Rather than make her feel overwhelmed, the pregnancy seemed to give her renewed energy to do better in her studies.

“When an answer was elusive during an exam, I would rub my belly and ask: ‘Baby, what did we study yesterday?’ and the answers would come to me,” she jokes.

Around her 24th week of pregnancy, she noticed that her legs were swelling. She informed her doctor about this during her next antenatal appointment. After routine tests, her blood pressure was found to be high and she was immediately put on medication to help lower it. During a follow-up visit, her blood pressure was still higher than normal and to be on the safe side, her doctor put her on a week-long bed rest.

Five weeks later, Lourdes one day woke up feeling troubled. Even though her baby was active, she had an unsettling feeling she could not put a finger on. She decided to consult her doctor, who then sent her for an ultrasound, her first.

“I was happy to see my son for the first time. There he was, relaxed, with his fingers inside his mouth,” she remembers.

She was relieved when the doctor informed her that her baby was in perfect condition. However, because her blood pressure was still high, he recommended bed rest for another two weeks. 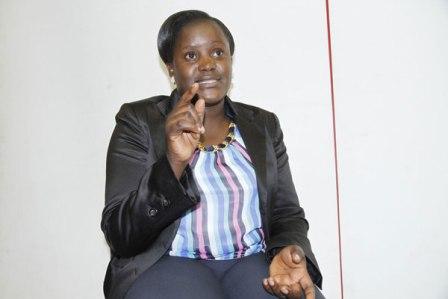 The following morning, period-like pains woke Lourdes up. Unsure what that meant, she went to see her doctor, an established consultant gynaecologist with his own private practice. He assured her that all was well, that the period pains were “normal contractions”.

“Even though I was very worried, the doctor dismissed my concerns, explaining that I was only worried because it was my first pregnancy. He did not examine me or run any tests,” she says.

Instead, he gave her a prescription and after buying the medicine, Lourdes went back home. The painful contractions still persisted, and feeling fatigued, all she wanted was to sleep. However, before getting into bed, she visited the bathroom, and gasped in shock.

“My underwear was soaked in blood. I immediately called my doctor, who instructed me to go to the nearest hospital as fast as I could.”

With her husband out of the country, she sought her neighbour’s help. He drove her to the nearest hospital, a public one. She had been making plans to deliver at a private hospital. However, she was sure she would be in safe hands at this hospital, but she was wrong.

At the casualty, she was met with nonchalance.

“The receiving nurses rudely asked me why I was bleeding. ‘Did your husband beat you or did you fall?’” they asked.

They also questioned Lourdes about her decision to attend her antenatal clinic at a private facility.

“We tell you women to go to government hospitals but you don’t listen to us. Look at you now, this is the time you need us, huh?”

In excruciating pain, bleeding and desperate, Lourdes apologised profusely for the “mistake” of seeking antenatal care at a private clinic.

The unforgiving nurses then ordered her to walk to the labour ward. Nobody assisted her. After struggling to do so, she was asked to climb on to one of the beds.

“I was unable to because the bed was high and I was in great pain. My neighbour had long been sent away. When I asked for the nurses’ help, they refused, telling me if I didn’t want to help myself, then I might as well return home. Even worse, different staff (male and female) would pass by at intervals, each time asking me to part my legs so that they could inspect me. I felt stripped of all dignity,” she recalls. 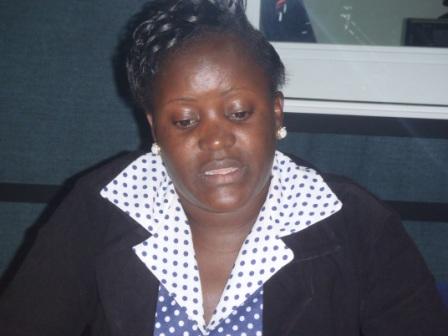 About four hours later, and with no signs of being suitably attended to, she resigned herself to the probability of dying. She was sure that day, 14 June, 2013, was going to be her last on earth. She was never going to be a mother.

About two weeks before this, the government had introduced free maternity services. As a result, the labour ward in this hospital was filled with many pregnant women, some writhing in pain on the floor and others, like Lourdes, soaking the floor with their blood.

Lourdes says that when she tried to seek the nurses’ help, they rebuked her, retorting that the government had decided to offer free maternity services, but had not allocated money to facilitate this and neither had it employed more nurses.

“I wondered why I was being punished for a policy I had nothing to do with,” Lourdes said.

Lonely, scared, and numbed by the pain in her belly, she was relieved when, from afar, she heard her doctor’s voice. He had arrived to attend to her. Moments later, she was transferred to the hospital’s private wing. Soon afterwards, she was rushed to the theatre for emergency surgery.

When she came to, she heard what must have been cries of new-borns and asked the nurse nearby to hand over her son. Instead, she was told her that her doctor was on his way. When he arrived, he did not bear good news. He simply informed her that her son had died. His words are forever etched in her memory:

“Lourdes, by the time you went to theatre, you had lost too much blood and your son was already dead. We were trying to save your life.”

She remembers laughing at the doctor’s words. There was no way her son would be dead. Were those not his cries she was hearing?

However, reality soon dawned on her when a short while later, she saw a little girl going around the ward, greeting new mothers and admiring their newborns.

“When the girl came to me, she asked: ‘Aunty, where is your baby’?” That is when it hit me that I had no baby. My Sunshine was dead. It hit me like a thunderbolt. It was the worst pain I have ever felt. I cried as I have never cried before. I wanted to die too.”

A few days later, Lourdes was discharged from hospital. She had no baby, yet had a caesarean wound and engorged breasts. Lourdes was inconsolable.

“I cried every day. I had done everything right. I had taken good care of myself and my pregnancy, attending my clinics religiously once each month. I was seeing an experienced gynaecologist and paying a couple of thousands for each consultation, yet I lost my baby.” 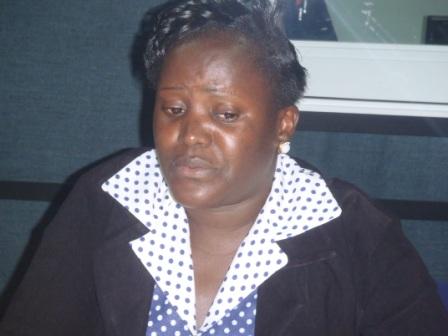 She sunk into depression.

“The more I mourned my son, the more I feared that I was going mad. Many times I found myself lying in the backyard, yearning to scream my lungs out just so that the pain in my heart would go away. I became suicidal, longing for death.”

It was the encouragement and support of her husband, family, colleagues, and friends that pulled Lourdes from that dark place. She also sought counselling, which helped her deal with the overwhelming grief.

It is almost a year now since she lost her Sunshine and, finally, Lourdes can now talk about her experience as part of her healing process and also in the hope that it will help another woman to save her unborn child’s life.

“Later, I found out that preeclampsia was responsible for the loss of my son. I advise all pregnant women to be wary of this condition and to be aware of all the danger signs. They should also seek a second opinion and not rely on one doctor’s diagnosis, especially if in doubt.”

Lourdes also wishes the government would address issues of the ill-treatment that pregnant women are subjected to at public hospitals across the country.

She says, “Pregnant women deserve the best care and it should not matter if they are in a public or private facility. Even though there is a shortage of health personnel, there should be a deliberate effort to select suitable staff for maternity departments because the birth process is very delicate and needs workers who have a genuine compassion for mothers and newborns.”

Lourdes has a blog where she talks about maternal health issues. Through it, she has met many women who too have lost their babies in circumstances that could have been avoided. It is through this interaction that she has now formed a support group for women who have gone through a similar experience. They often meet to uplift, counsel, and encourage each other.**

Thank you Lourdes for sharing your story.