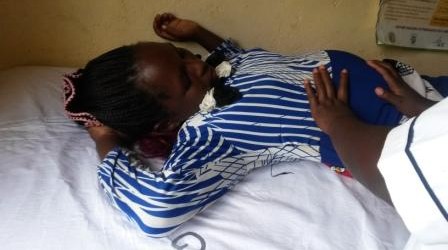 I recently travelled to Ukambani, specifically Mwingi district in Kitui County to have a feel of what maternal health there is like. I visited two clinics: Nyaani dispensary and Kakululo dispensary.

My first stop was Nyaani dispensary which is in Nuu location, Mwingi East district.

This dispensary is served by Damaris Wanjiru, a midwife and community nurse who has worked there since 2011. Damaris is the only health provider in the dispensary that serves a population of about 7,400 people. 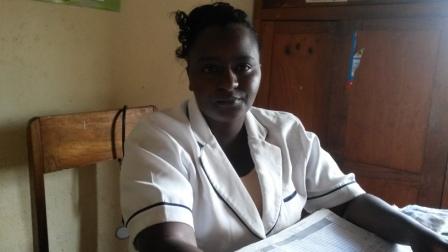 Damaris works Monday – Monday from 8am – 5pm for three weeks straight. On the fourth week, she takes a break and travels to see her four year old child back in Nairobi where her family is. When Damaris is on leave, Nyaani dispensary remains closed until the day she returns. Or when she falls sick, the dispensary remains closed for the day. During such times, those seeking health services either have to wait for her return, or have to find their way to the nearest health facility, which is about 7 kilometres away. The pathways in Nuu location where Nyaani dispensary is located are rough terrain. The roads are inexistent. All there is are dusty paths, stones and rocks. Combined with the scorching heat and lack of water in the area, the journey for a pregnant woman or a sick person can be quite challenging.

The next health facility I visited was Kakululo dispensary in Nguutani location, Migwani district. There, I met Miriam Macharia, a midwife and community nurse who runs the facility. 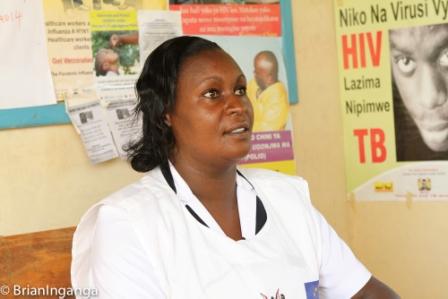 Miriam has been working in Kakululo dispensary for the last five years. And just like Damaris, she is the only health worker at the facility which serves a population of about 6,000 people.

Miriam undertakes all tasks that pertain to provision of health services to all patients seeking services there. Just like Damaris, she offers outpatient services, maternity services and child health services including immunization and nutrition services.

Miriam is responsible for all the operations of the health facility. When she goes on leave or when she falls sick, Kakululo dispensary remains closed, meaning that those who wish to access health services either have to postpone their visit, or find their way to the next health facility, which is about 6 kilometres away.

Mr. Paul Musai, a Public Health Officer in Kitui County where Nyaani and Kakululo dispensaries are told me that while Kitui County has a good number of health facilities, the problem is that there are not enough health workers.

“We have more than 20 well-constructed dispensaries that can serve the population adequately. The problem is there are no health workers to serve people. What is the point of having beautiful structures that have no patients because there is no one to serve them?” he asked. 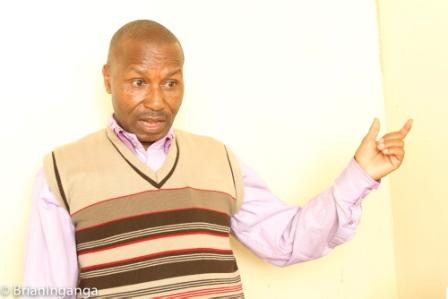 At the time of talking to him (July 2014), Musai informed me that three dispensaries were at that very moment shut because the nurses, who single-handedly operate the facilities, were on maternity leave.

Now, considering that over 70% of Kenya’s population lives in the rural areas, I believe that Nyaani and Kakululo dispensaries are representative of the situation in many parts of the country. 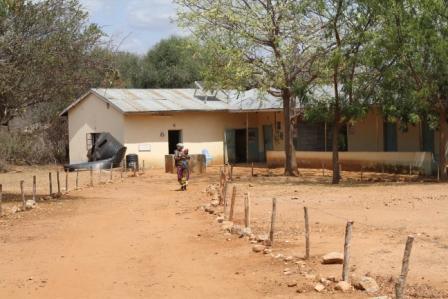 But Musai tells me he knows where exactly the problem is.

“There have been lots of challenges because of devolution. There is alot of confusion between the roles of the central government versus those of the county governments about matters of hiring and deployment of public personnel, as well as issues to do with their salaries.

The way I understand it is that the county government is the one that is supposed to recruit and deploy personnel, with the national government taking care of their salaries. So in my opinion, the Kitui county government is the one that is lagging behind, since it is over a year now and they have not even began the process of advertising the jobs, let alone interviewing candidates. Meanwhile, our sick men, pregnant women and children continue to suffer,” he says.

Following the adoption of a new Constitution in 2010 and subsequent devolution in 2013, Kenyans were hopeful that there would be improved services in many sectors, including health. They knew that they would have access to better services provided for them by their county governments.

Today though, many Kenyans are disappointed. Access to quality health services still remains a huge challenge for them –as devolution of health services continues to be a huge teething problem.

The issue of health worker shortages is really a serious one. This problem is more heavily felt in the rural areas than urban areas. 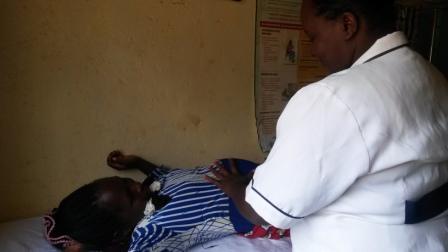 Wherein lies the problem? Are there no incentives for health professionals to work in rural areas? And if so, what are are the plans of both the Central and County governments to attract and retain healthworkers, in a bid to curb their exit to the private sector?

In the meantime, who will serve the people in areas such as Kitui when nurses such as Damaris and Miriam go on leave? What are the missed opportunities when this happens?

What happens when a woman goes for family planning services but finds the facility shut down? Will she be motivated enough to trek to the nearest health facility kilometres away yet she has pending houeshold chores, or will she decide to postpone sex until the day the nurse returns and will her husband be as understanding? What happens when a pregnant woman goes to deliver and finds the facility closed? She is likely to deliver with the assistance of an unskilled attendant. And we all know the risks this has for both mother and her baby.

Lately, I have visited a number of public health facilities, and I do commend the government for its work. I do know that the central government does alot in terms of offering health services to it’s people.

However, a lot more needs to be done. Even though there is assistance provided from the private sector in some health programmes (Amref Health Africa has trained several midwives and community health workers in Kitui), the onus is on the governments (both Central and County) to do more to ensure that quality health services are accessible to Kenyans at anytime they need them. That issue of a facility being closed down because of someone being on maternity leave is unacceptable. 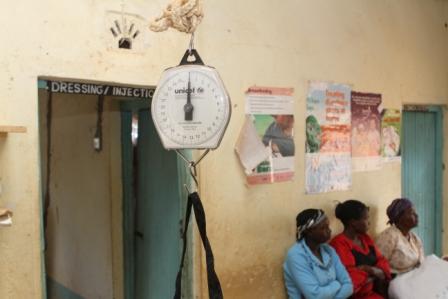 So that marked my first debut assignment to health facilities outside Nairobi to write about maternal health. I hope there will be more of these in days to come.

Are you implementing a community project targeting mothers that you’d like me to write about? Email me on maryanne@mummytales.com and I’ll get back to you.

Spending a ‘Mother’s Day’ at Kawangware