Home Unexpectedly Pregnant While in Campus: The Story of Laila Laurence

Unexpectedly Pregnant While in Campus: The Story of Laila Laurence

Around the same time, Laila had been shortlisted for a cultural and academic exchange programme based in USA. The programme provides valuable experience for emerging young student leaders from various countries.

Everything was going well for her: she was doing well in class, she was in love, and was on the road to a successful future as a lawyer. Life was good. 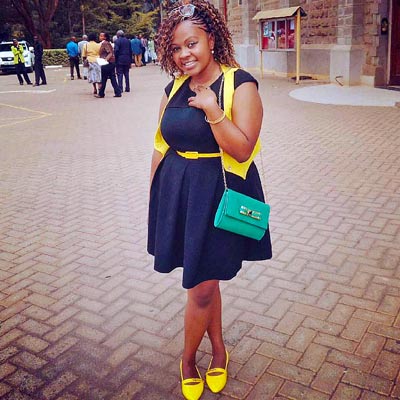 This bliss was however cut short when Laila was diagnosed with ovarian cysts and had to undergo surgery to have them removed. A few months later, her periods became irregular, prompting her worried mother to set up an appointment for her with a gynaecologist for further investigation.

“The doctor sent me for an ultrasound and during the scan, my heart kept beating fast and loud since I knew that my worst fears were about to be confirmed — that I had cancer. But the words the medic doing the scan uttered next shocked me to the core.

“Congratulations Laila, you are pregnant!”

Laila describes the moment she heard those words.

“My mind went blank as I lay there, frozen in shock. I was expecting to be told the ovarian cysts had recurred, or that I had fibroids or at worst cancer, but here I was being told that I was pregnant!”

Many thoughts raced through her mind.

“I was a model student, a mentor to many young girls. I was 21 years old, and unmarried. I was in line for a coveted scholarship opportunity. I was not ready to be a mother. Not at all. What would my parents think? They had such high hopes for my bright future and I had never let them down. How could I disappointment them this way? Thoughts of abortion flooded my mind,” she remembers.

Unable to handle the flurry of emotions, Laila called her sister Marie-Annie who had accompanied her into the room, and broke the news to her.

“Don’t worry about it, we’ll take care of our baby,” were her sister’s words.

And in that instant, Laila calmed down, and any thoughts of having an abortion ended. “My sister’s words reassured me. With a gap of two years between us, she is my only sibling and we are very close. With her support, I knew I would be able to overcome any challenges,” she says.

The next person Laila broke the news of the pregnancy to was her boyfriend. Nothing had prepared her for his unexpected reaction.