“He told me he was not ready to be a father, that he was young, still in college and needed to finish his studies. To say I was shocked is an understatement. In addition, he told me that I would be fine, since things had always worked out for me because I have a lucky streak. He said he was sure that my parents would support me, so I would be fine without him.”

His words of rejection crushed Laila. This was a man she had given herself to, and now he had abandoned her. Back home, Laila waited for her mother’s return, with the dread and anxiety killing her slowly.

Her mother Bertha recalls how Laila broke news of the pregnancy to her.

“When Laila told me she was pregnant, I went numb. Pregnancy was the last thing I expected to hear. I had been preparing myself to hear that the irregular menses were because the cysts had recurred, that they were now cancerous. But what I heard was that she was pregnant.

I didn’t know how to react. Everyone wants the best for their child, and with the values we have raised our daughters with, we knew they would wait until they had completed their education, secured good jobs and gotten married for them to start a family.”

“I felt horrible. I felt like such a failure. I knew I was a huge disappointment to my parents. I wanted to die. They had raised me well, and I knew they expected better of me.”

But her mother, even though disappointed, did not hesitate to assure Laila that she would support her.

“Even though I felt let down, she was already pregnant, and I knew I had to deal with it positively. I couldn’t turn my back on her, and assured her that we would support her and her baby until she was able to stand on her own,” she says.

Feeling awful, but relieved at her mother’s support, Laila still dreaded facing her father. She requested her mother to break the news to him. Her father, Frank, recalls the moment he learnt of Laila’s pregnancy.

“I was shell-shocked! I had not seen it coming, and I must admit it was the last thing I expected of Laila. I was disappointed and angry. I wondered how that could have happened, yet she had always been wise about making the right choices in life. I felt let down,” he says.
Despite his disappointment, he knew he had to support his daughter.

“I am a firm believer in the education of girls. When a girl is well educated, she is able to support herself and not become a slave to a man who may mistreat her. I have always made an effort to give the best education to my daughters, so despite the pregnancy, I was determined to see Laila continue with her education and give her all the support she needed,” he says.

It is this reassurance that relieved Laila, knowing that she had been given a second chance. She dedicated herself to not only ensure she would be a good mother, but to also complete her studies.

“Combining the pregnancy with studying wasn’t easy. Emotionally, I was still trying to come to terms with the rejection from my boyfriend, and the disappointment to my parents. But I told myself that the mistake had already been made, and that I needed to be strong. “Many nights I cried myself to sleep, but each day I would wake up knowing that I had to take responsibility for my actions.”

With the support from her parents, who took care of all her medical expenses throughout the pregnancy, Laila never missed a semester, nor did she take a break. On December 31 2013, her son Jaylani was born. In February 2014, she resumed her studies, where she would be in class during the day, and then rush home to feed and take care of her son in the evening.

“This was good news because even though I had not secured the Nesa Ugrad scholarship, I still had something to celebrate,” she says.

Laila’s former boyfriend has never bothered to find out if she gave birth, or if the baby is a boy or girl – but she has since came to terms with his rejection.

“I have moved on. I think I have overcome the most difficult part, which was the initial rejection from the man I loved, the only man I have ever been intimate with.”

Laila is a pro-life advocate, and discourages young girls who find themselves with an unplanned pregnancy from seeking an abortion.

“Abortions carry negative consequences — physical, emotional and psychological, so I encourage women to keep the pregnancy despite the challenges they may be facing. I have learnt that most girls have abortions because they fear their parents and how they will react.

Even though a girl may want to keep the baby, reprimand from the parents is what sends her to seek an abortion — many times an unsafe one. I wish parents would be more supportive when their children make mistakes.”

She continues: “I don’t advocate premarital sex, or having babies young. I am just saying that when a mistake has happened, you don’t need to make another mistake. Abortion is not the solution.”

Laila is grateful to her family for their unwavering support.

Laila’s father says: “Jaylani is a blessing to our family, and has brought us even closer. My advice to parents is, if your child makes a mistake, correct that mistake with love. There is no reason enough to ever reject your child.”

Update: Laila graduated with her law degree in July 2014. Later that year, she started an initiative that helps young people give back to society. Read that article here. Laila can be reached on 0707 067 229. 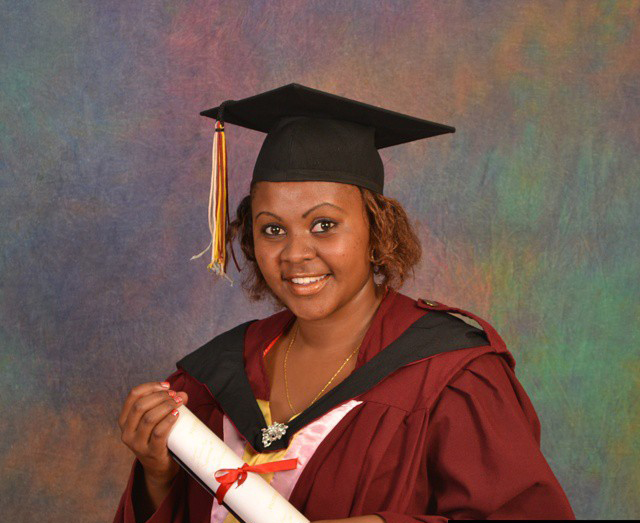 *I first published Laila’s story in the Daily Nation.