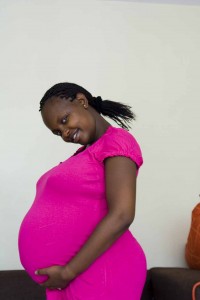 So now at 36 weeks, I’m mentally preparing for delivery. I am hoping all will go well and I will have a natural birth. In the meantime, I have been thinking – will I scream during labor or not? Will I pull my hair out? Will I scratch the hubby and tear out his flesh with every contraction? Will I howl like a dying goat on a slaughter pad? Or will I be as graceful as a gazelle and take it all in my stride with a smile on my face? Is that even possible?

In some African communities, screaming during delivery is taken either as a show of bravery or cowardice on the part of the woman. My Lamaze instructor yesterday told me that among the Dholuo community in Western Kenya, the more a woman screamed during labor, the more she was thought of as being a strong and brave woman. Meaning that a daughter-in-law would strive as much as possible to scream her lungs out during labor, just to impress her mother-in-law. And depending on the decibel levels of her screams, this would determine her social standing as a ‘woman of strength and bravery’ in society. So I guess delivery among these women was a pretty noisy affair.

But as I think of it, finding favor among many mothers-in-law, especially the stereotypical one in the traditional communities was not easy. And if screaming my lungs out during labor is what would have propelled me into the nasty woman’s good books – then more power to my lungs. I would not have hesitated to out-scream myself, even when it was clearly not necessary to do so. A daughter-in-law has to be scheming sometimes.

In other communities such as the Agikuyu found in Central Kenya, it was the opposite. A woman who screamed during childbirth was regarded as a great coward. So women who gave birth at home did all they could to resist unleashing even the slightest whimper lest they be branded a coward. FYI they gave birth at home with no pain management medication or anything of the sort. Yet they didn’t even let out the slightest scream at all? How now?

But since I don’t intend to give birth at home but in a health facility, I am not sure if I will scream or not. I guess it depends on whether I will be induced, or just how painful each contraction will be. But I can assure you I will most definitely not hold my lungs back if the need arises. Because isn’t screaming therapeutic in the first place? So if they know what’s good for them, may all the people present in the labor room with me adorn themselves with earplugs because they will need them for sure.

But then again I may end up being a gazelle and smiling through every contraction, you never know. Let us wait and see. 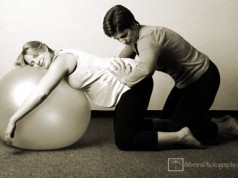 Doula’s in Kenya: Should This Expectant Mom Hire One?