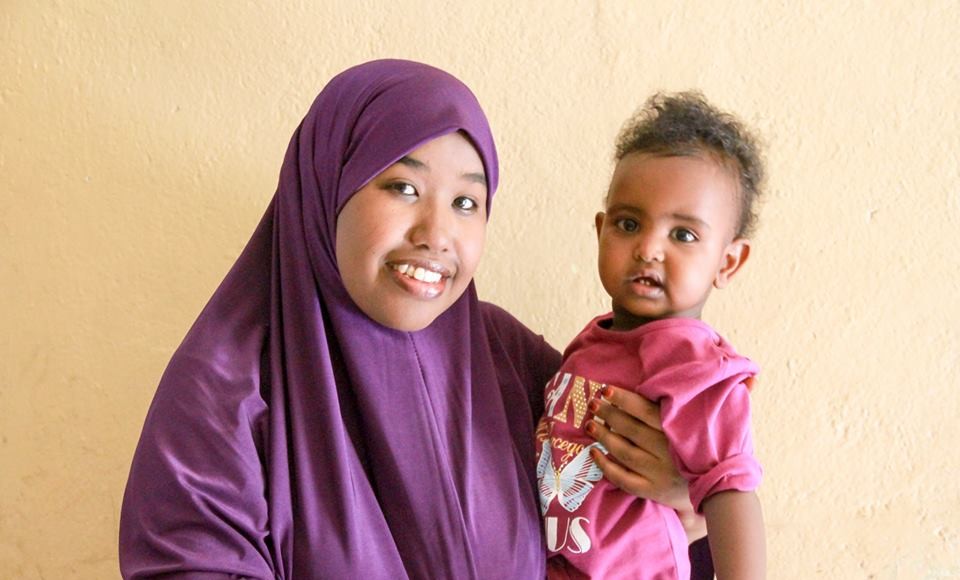 I’ll get straight into it:

“I found her at my doorstep and now she’s my biggest love. I remember that cold night. It was somewhere in 2014, after I finished my studies in Sudan and returned home to look for a job.

It was around 3am and it was extremely cold outside. I was wrapped in a thick blanket and was awoken by the sound of a new-born baby crying profusely. I rushed outside and almost stepped on her as she lay outside my front door. Her cries were getting weaker and weaker. We called out in the middle of the night but there was no response so we took her in, fed her and wrapped her with warm clothes. It was a beautiful baby girl.

The next morning, we called our neighbours, if anyone knew the parents of this baby. No one knew anything so we decided to bring her to the police station so that they can find her parents. At the police station, there were 3 other girls who were carrying their children.

One immediately rebuked me for the way I carried the new-born baby. I was not a mother yet and I was shocked at the idea of babies being thrown outside like they don’t mean anything. I decided then and there that I would adopt her and be a mother to her. My maternal uncle and my mother, who accompanied me, refused straight away. They wanted me to hand her over to the authorities and let them deal with it. My uncle got so angry that blood came pouring from his nose. He had a high blood pressure.

He was so scared that the Somali society would judge me wrongly, that they would instead think I birthed a bastard child. I convinced my mother that if we hand her over, we would never know her fate, she could end up in a much worse position. My mother agreed but my uncle still refused. In order for me to adopt her, I had to get my uncle’s signature and a clan elder as a witness. I told my uncle that allowing me to raise this beautiful girl could be your ticket to Paradise. In the end, he agreed and signed it.

We brought her back the same day, brought her to the doctor to make sure that she didn’t get sick from the previous night. I called her Hadiya (‘Gift’) for God blessed me with a beautiful gift. She is a year and half old now. It’s amazing, that a year and half ago, everyone in my household told me to bring her back and now, she is the joy of my family’s world.” Source: Somali Faces

What a story!! Isn’t that pure love? By the way, if you’re having a daughter and still shopping around for a baby name, I think Hadiya is it. It sounds so nice and it’s meaning is even better. Hadiya.