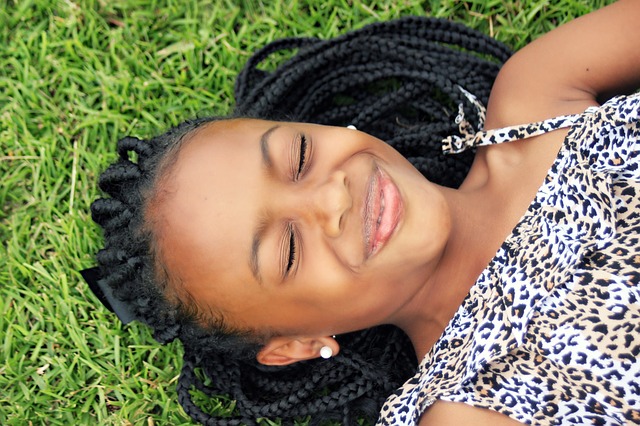 Hello friends and welcome back to Mummy Tales, where I feature motherhood stories. Now, a fellow mom recently shared something with me, and asked that I share it with fellow readers. It is a thought-provoking deep article. If you have an experience you’d like to share with other moms, you can write to me at maryanne@mummytales.com

“Not so long ago, I attended my daughter’s rehearsal for a performance at the national music festival. At the end of the show, I was chatting with her headteacher. The lady is usually good with words. I take every word she says seriously because of the little I know of her. More importantly, because my daughter says all the great things about her.

That is why when my daughter’s great headteacher said:

“Take very good care of *Nana. She’s a very special girl. Watch out for relatives, especially the male ones. They tend to abuse our children. A normal play time can easily turn into something ugly…”

I listened hard. I also got a panic attack. Maybe I shouldn’t have panicked…

My younger brother was temporarily living in our home at the time. He and my kids, and my sisters’ kids and just about any other kids belonging to any other relative of ours, are very close. He’s good with them, that’s given. They have a very fond nick-name for him- Uncle Knoxx – a name I can’t pronounce, and I’ve never cared to ask for its meaning.

To be honest, none of us has ever thought anything much about the relationship he, and other male family members have with our girl children. That is why I didn’t understand why great headteacher’s words got my head spinning so fast I thought it would roll off my neck.

I stopped and asked her to explain why she said that to me.

“Mama Nana, as a teacher I’m charged with sharing any form of advice that I have with parents of my children…” she said.

I was looking straight in her eyes just to be sure she was not trying to hide something from me. She didn’t look like she was. Problem is that she sounded like she was! D’you know what I mean?

My daughter asked me eventually: “Mommy, are you having male issues?” I really don’t know what that question means, but it made me stop for the day… only to pick up the next day, from where I’d left!

I know, you think I’m mad. But yes, I did. Different questions, different tactics, same purpose, for the next five or so days. Yes, I did! I also watched my daughter and my beloved brother very closely to see any sign of anything of the type that my daughter’s super teacher had insinuated.

Was I frustrated or not? I can’t remember. I only know that there were no eye-brow raising moments between the two, or any other male relative that visited during that time. The cattle market in my head finally got closed and my head settled still on my neck.

This experience brought to mind two earlier experiences that had totally been forgotten. Two friends, two different times, two lasting painful experiences for a mother of a soon-to-be-teenage-boy: You know the way we women visit each other with our kids so they can play together. For some unknown, unexplainable reasons 9/10th of my friends have only daughters my son’s age (he’s now peri or pre-teen, whichever you prefer – that is the ninish, tenish, elevenish years onwards). Their sons are either too young, or way older (in very few cases), or not yet born.

Friend number one is a blunt shooter. Naturally my son and her peri-teen daughter are closer to each other because they talk and connect at their own age level. So on this day my friend arrived with her other kids, but not her eldest daughter. I didn’t think much of it until my boy asked where his buddy was. When I asked my friend where her daughter was, this is what she said:

“I’m not ready to start handling teenage relationships at my age. It is better not to bring *Sandra to your house now that she is nearing teenage. I think you should also stop bringing *Clein along when coming to my house if you want us to remain sane.”

I’m glad my son didn’t hear this, because it cut through my stomach in a way he would never be able to handle. It’s been over a year and the two of them haven’t met. He has never stopped asking why we no longer visit this friend’s house. I’ve cooked enough stories, that have lasted us this far…

Friend number two’s case is short and sweet. She and her daughters passed by home one evening after school. My kids were doing their homework in a separate room, while my friend and I, and her daughters, chatted in the living room. Then one of her daughters strayed (yes, strayed, because it was on that day that I noticed that the girls were always under a tight invisible leash) to the room where my kids were. When my friend realized that her daughter was not in the living room with us, she panicked, and I reassured her that the little girl was with my kids.

“What? Is Clein also with them?” She asked in panic, getting up to go fetch her daughter. “I don’t want my *Mani going close to Clein especially now that he…” she stopped dead, held her mouth, more shocked (at what she had nearly said which I had understood anyway) than I was.

Why am I sharing these stories?

For one, I’m sad. Sad that I once panicked and held my beloved brother ‘Uncle Knoxx’ in suspicion around my daughter (totally throwing to the wind our own religious upbringing)!

Secondly, I’m sad. I’m sad because, as a mother of two sons, my boys become subject of suspicion as soon as they start looking like they’re sniffing the air of teenage.

Thirdly, I’m sad. I’m very sad. Indeed I am. I’m very sad indeed that I’m a mother of a daughter. A daughter whose welfare I guard with suspicion, paranoia, obsessiveness, and did I say paranoia?

Fourth, I’m sad. Sad that I didn’t know well to share with my two friends the truths that have only started to trickle in after that experience with my daughter’s ‘its-my-duty-to-advice-parents’ headteacher.

Finally, I’m mad; very maaaaddd, that teachers don’t know how to mind their own businesses at least, or at best, exercise discretion when giving advice to the real parents of their “children” and… I’m I directing my madness in the wrong direction? Any way, I still feel mad.

I ask: How will our children learn to relate with persons of the opposite gender if we build this wall of susparanoia around them? Don’t we realize that we’re creating a monster that we won’t be able to slay? What’s so hard in teaching our kids to respect their bodies – being the temple of God; and the bodies of others, just as we were taught? What’s this obsession with demonizing other people’s kids and making saints of our own? What’s wrong with us? Can’t we just learn from our parents, at least (or are some of us learning this susparanoia from our parents?).“

And that’s this mom’s story. What do you think about her experience? Have you ever been in a similar situation? How did it go? Share in the comments section below.

*Image by Cheryl Holt from Pixabay