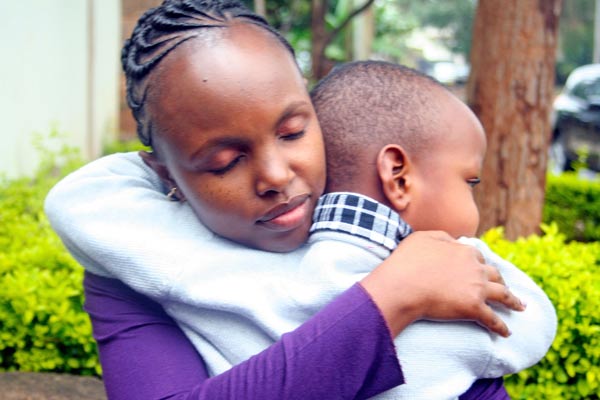 Have you ever lost your child in a public place? How did that happen? Well, I recently did, and I will tell you exactly how that happened.

I had taken my boys -4 year old Kitty and 2 year-old Ello out for lunch in a shopping mall. We were together with my aunt. After the meal, I decided that we pass by the supermarket within the mall to grab some stuff before heading home. When through with the shopping, we went over to the lift area to wait for one going down to the basement parking.

It so happened that Ello, who was in those shopping carts that are modelled in the form of a car suddenly started fidgeting and insisting he wanted out of the cart –yet just a few minutes before all he wanted was to be in the cart.

Meanwhile, my aunt was busy chatting with Kitty. But as Ello became more agitated and began showing great discomfort, I decided to unbuckle him out of the cart and to do so, I needed to offload some of the luggage I was carrying onto my aunt. I did so, and now I carried Ello in my arms as we continued waiting for the lift down.

After receiving my luggage, my aunt continued talking to Kitty but alas!!! Next thing I heard was a loud shriek from her. Kitty was nowhere to be seen! Goodness gracious! How? In between me transferring my luggage to her and unbuckling Ello, Kitty had vanished! All that couldn’t have been more than two seconds. I suddenly felt a powerful gush of water fill my stomach. I panicked. My heart pounded so fast and loud, I thought it would pop out of my chest.

I cast my eyes far and wide, but my son was nowhere to be seen. I couldn’t understand how it was possible that in less than five seconds, a child had completely disappeared from sight. Frantic, I passed Ello over to my aunt and began pacing up and down the mall like a mad woman, stopping everybody and asking them if they had seen my son. None of them had. They didn’t even know what he looked like.

As I continued frantically searching for Kitty, one lady who had been standing with us at the lift area suddenly remembered seeing a little boy get into the lift, but she wasn’t sure if he was the one I was looking for.

Grateful for the ‘lead’, I remembered that the lifts at the mall are transparent and one can keep track of its movements up and down while seeing the people inside it. I then quickly skid over to the opposite side of the lifts to get a good view, holding my breath, praying fervently, hoping to see my little boy inside. I looked up. Kitty wasn’t in any of the lifts. I looked again, stretching my neck from side to side, tiptoeing and even squatting to get a clear view, but Kitty was nowhere to be seen. I felt my heart drop down and sink into the depths of my belly. Dear God, no. No God. Please Jesus, no. I was feeling cold and hot at the same time, shivering with cold and sweating with heat. My boy had disappeared without a trace. I was running out of breath.

Then a security guard tapped my shoulder and pointed up to the lift saying: “na huyo sio ka kijana kadogo naona kwa hiyo lift?” (Isn’t that a little boy inside the lift?)

I looked up. I saw Kitty. Tears filled my eyes and I felt weak in the knees. I was thrilled. There was my Kitty, his hand in some lady’s hand. The lift was coming down. I began shouting his name and waving at him. Thankfully he saw me and waved back. Yes God, yes. Thank you Jesus I muttered beneath my breath.

I skidded back to the lift area and stood at the door and when it finally opened, Kitty dived into my arms. 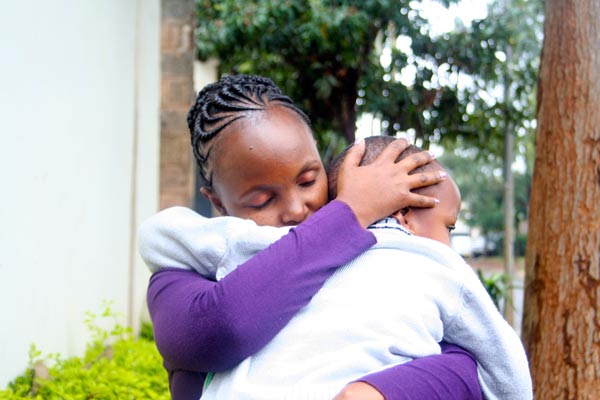 Turns out that the lady who was holding his hand had been standing with us at the lift area and who, thankfully, had been headed to the topmost floor (3rd floor). While in the lift, she’d noticed that Kitty had no guardian with him and appeared confused as people alighted on each floor. Because she had taken notice of us at the lift area where we were all standing together, she suspected we must have disconnected somewhere with him. She then held his hand and after everybody had gotten off their floors, she pressed the lift down and safely delivered him to me. Friends, I tell you angels still exist in this world. They are right here in our Kenya. I thanked her profusely. She was a young lady, about 23 – 25 years old. May the Lord bless her abundantly and may she prosper in all that she does.

So what happened is that as the lifts opened as we were waiting to go down to the basement, most of the people in the waiting area were going up and somehow, Kitty simply followed them in amidst the commotion. It happened to be precisely at that very moment –the two miniscule seconds that my eyes were fixated on Ello and lifting him out of the shopping cart, while my aunt’s attention was on the luggage I was handing over to her, that my Kitty got into the lift. He thought we had gotten in so he simply ‘followed us’ in. Woooiii!

By the way, the entire episode –between losing him and getting him back –happened in just about three minutes though to me it appeared as though it was a whole 24 hours. Those minutes were looong! Weeeh reke ngwire!

For about three days after that, I was like a zombie, scared of venturing out with my sons or if I did, I held their hands all the time. I almost chained them to myself or carried them in my handbag. I spent three days and nights thinking of all the ‘what-ifs’ about the situation. Trust me, I explored all the possible scenarios that could have happened, each time panicking more and more, sweating and drinking mouthfuls of water to relax me. 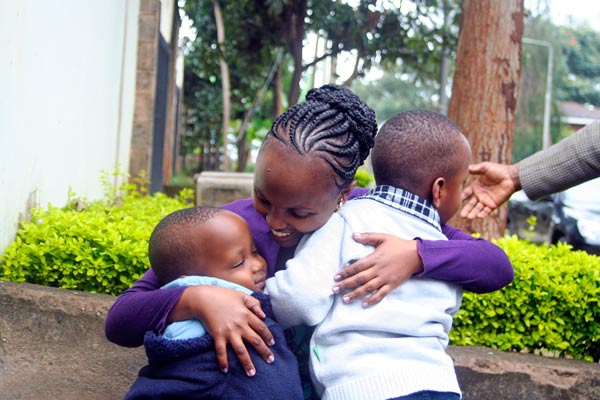 And that is my story of how I lost my son in a shopping mall. Have you or someone you know ever gone through a similar experience? How did it happen? Did it end well?