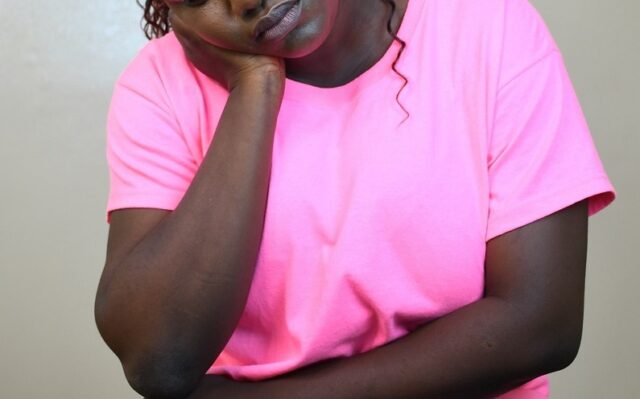 *This story is part of a series of articles I’m doing on the issue of teenage mothers in Kenya and the reasons why they don’t return to school despite legal provisions for them to do so. Each teen mom I feature has a different and personal reason why she hasn’t returned to school. I hope you find the articles insightful. Today, I share Lavenda’s story.

Read Elsa’s story: I’m too ashamed to be in school

Read Dayana’s story: I was an average student. School is not really for me

*Lavenda is a 17-year-old mother to a 10-month-old. When she scored 346 marks in her Kenya Certificate of Primary Education (KCPE) national examination, she was elated as it was yet another milestone in advancing her goal of becoming a journalist someday.

Things were going well for her. She was in a mixed public day secondary school in Kibera, and her grades were good. Ever since she was in class six, her education had been fully paid for by an anonymous sponsor. The only condition for this support was that she would maintain her stellar grades and she would not skip school. At the end of every term, the school would send Lavenda’s report card to the anonymous sponsor detailing her grades and notable class attendance.

However, all that changed when Lavenda fell pregnant in Form 2. Terrified of her parents, she ran away and sought refuge in her boyfriend’s house, a 22-year-old motorbike taxi (boda boda) rider.

She stopped going to school and started life as a married woman. At the end of that term, there was no report card to send to the sponsor. Her attendance sheet was also marked as ‘absent’. Her sponsor immediately withdrew the sponsorship. Things would get worse for her.

Lavenda’s ‘marriage’ was short-lived as her boyfriend, an alcoholic and drug abuser would regularly beat her to a pulp. She became another statistic. A recent study on a cohort of youth aged 15–24 in Nairobi revealed that 27.6% of adolescent girls and young women (AGYW) experienced Intimate partner violence (IPV) during the COVID-19 pandemic. Gender-Based Violence (GBV) incidents are known to increase during emergencies like the COVID-19 pandemic, with girls and women being most vulnerable.

After enduring untold abuse for three months, Lavenda fled her ‘matrimonial home’ with her child and returned to her parents’ house.

I wish I hadn’t gotten pregnant

Lavenda desires to return to school, but she is unable to, having already lost the sponsorship. Her father works as a construction worker while her mother is jobless. They cannot afford to pay the school levies of 24,000 shillings ($199) per year that the sponsor would cater for.

“I blundered by getting pregnant and dropping out of school, but I wish I could get a second chance. My mother has offered to take care of my baby while I’m away at school, but the only hindrance are the school levies which my parents are unable to raise. If only my sponsor would take me back, or if I could get someone else to pay my school fees, I would return to school in a heartbeat. I wish I could turn back the hands of time. I would not have gotten pregnant,” a regretful Lavenda says.

When I asked Lavenda if she would be willing to study in a cheaper school, her eyes light up, saying she would jump at the opportunity. However, she does not know how to go about doing so, or if it’s a possibility at all.

After my interview with Lavenda, I spoke to Mr. Fredrick Maina, the Kibera sub-county Quality Assurance and Standards Officer who told me that the Ministry of Education is stringent in ensuring that all teenage mothers can return to school.

“We are always ready to facilitate the transfer of the student to a different public school. We have handled such cases before. Our goal is to ensure that all teenage mothers return to school and eliminate any obstacles that hinder them from doing so,” he says.

Mr. Maina adds that if the girl is unable to raise the school levies, she can also inform the Education Officers of the same, and a solution will be sought.

Unfortunately, many teenage mothers like Lavenda, who lost her sponsorship and wouldn’t mind continuing her studies in a new, cheaper school, are not privy to this information and continue staying at home, dejected.

Read the full version: Why Kenyan teenage mothers do not return to school despite re-entry policy

*Name changed for purposes of protecting her identity. 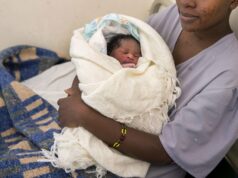 “It’s my fault I got pregnant. I’d be overburdening my mother if I returned to school” -the story of a teenage mother in Kenya 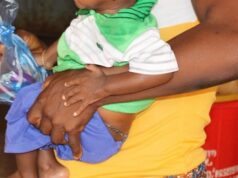 “The teacher would ask me to lie down and whip my bottom despite knowing I was pregnant. I would also be made to kneel... 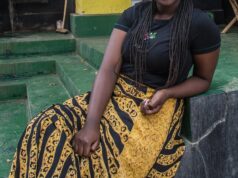 “I was an average student. School is not really for me”- the story of a teenage mother in Kenya