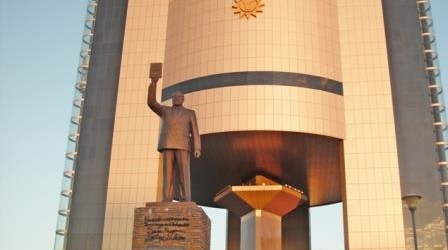 Last week, I traveled to Namibia for a writing assignment. I spent four days in the capital city of Windhoek (pronounced ‘vint-huk’ as I came to learn), a city that I must say impressed me. 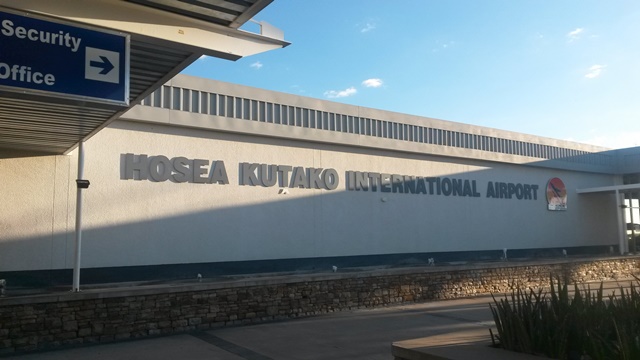 First, the ride from the airport (Hosea Kutako International Airport) to Windhoek CBD took about 35 minutes. The scenery was rocky, mountainous and filled with lush green vegetation which made for a beautiful sight. The main road/highway is sandwiched between this picturesque sight, and it felt as though it was a drive through a game reserve. I was just waiting for a giraffe or lion to pop out of somewhere and onto the road. There are actually a number of game lodges that we passed on our way.

One of the most outstanding things that you cannot fail to notice is the cleanliness of Windhoek. There was not a single piece of paper blowing around, nor a cigarette butt carelessly thrown on the sidewalk, or anything of the sort. Not at all. All trash was in its rightful place –in the many dustbins strategically located along the streets of the town. Kind of like those kanjo bins of ours. 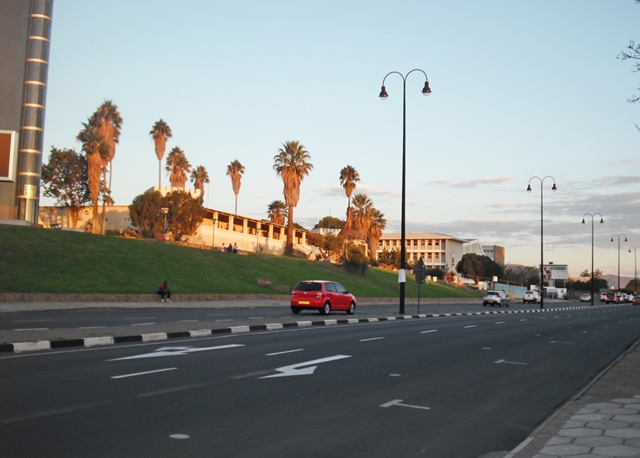 The locals I spoke to about this cleanliness said that keeping their environment spotlessly clean is a culture every Namibian is brought up with. From a young age –when they can be able to pick up stuff, it is instilled in kids that all trash belongs to the dustbin, and that it is their personal responsibility to keep their country clean and beautiful. No throwing litter around.

Something else that impressed me about Windhoek – there was not a single pothole on any of the roads. Nope, not even one. Nothing. Nada. The roads were as smooth as a baby’s bottom. If I can try to draw a comparison -you see those roads around the Dennis Pritt/State House road area? Those smooth ones? Yeah, that is how all of Namibia’s roads are. 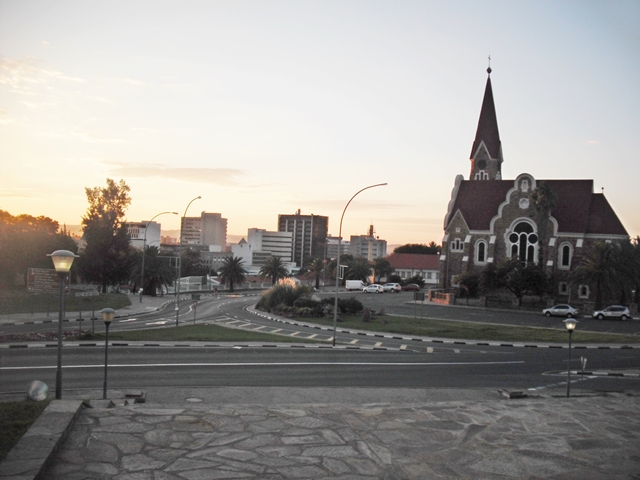 Something that I found peculiar about Namibia is that it has no people. Or rather it has not so many people. During the day there were people in town yes, but not quite in the numbers I expected. The people were few. Very few. Even during rush hour, the people were still few. The human traffic in rush hour in Windhoek is like a Sunday in Nairobi CBD.

But do you know why I kind of never got to see people?

Because, as I came to find out, Namibia’s entire population stands at approx 2.2 million. Do you know what Nairobi’s population alone is? 3.1 million people. Ta-imajini! And then, Kenya’s entire total population is about 44 million. No wonder I kept wondering where people were. Coming from a populated town like Nairobi, this was complete culture shock for me. And by the way, size-wise, Namibia is bigger than Kenya, measuring 825,418 km², while Kenya measures 582,650 km². Quite revealing figures about the demographics of both countries.

Here’s a look of some of Namibia’s architecture that I spotted: 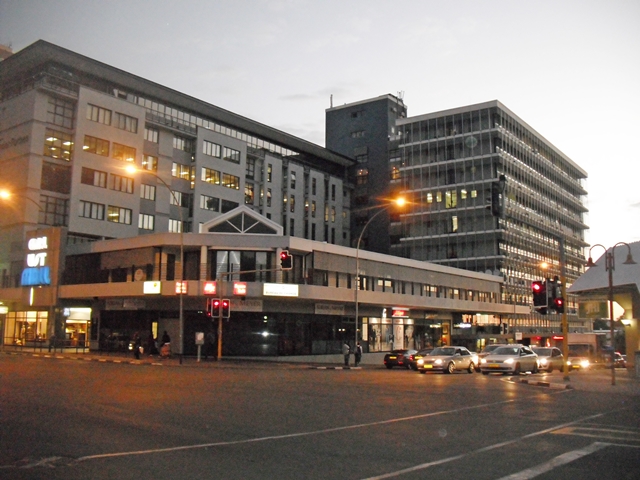 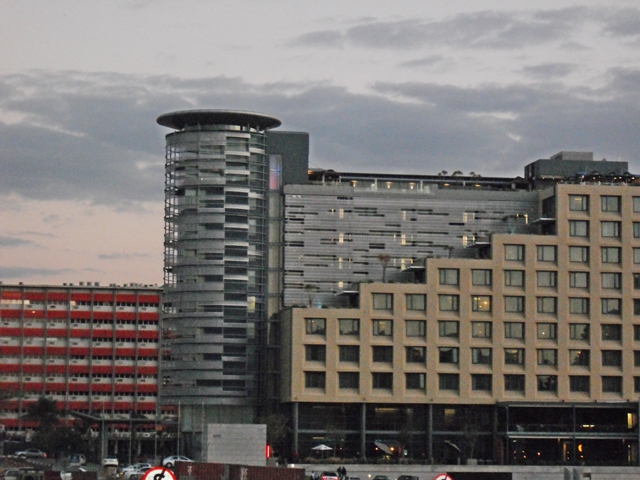 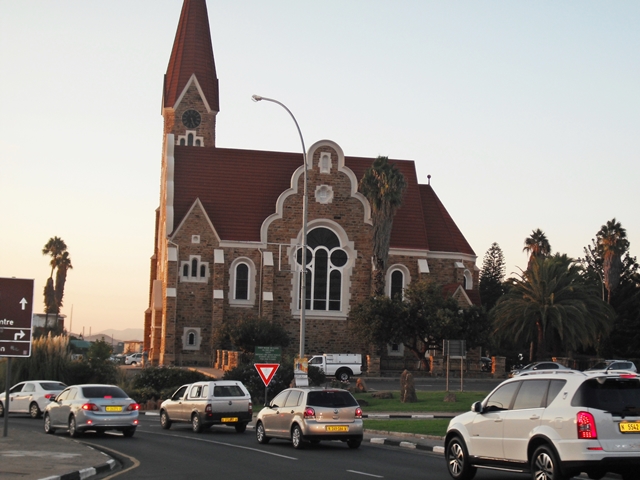 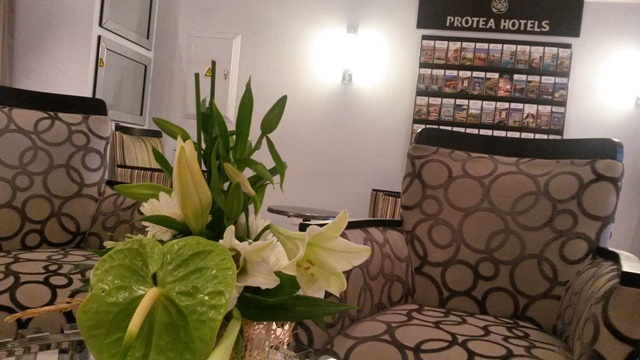 There were also some landmarks that tell the story of Namibia’s independence struggle. Namibia gained independence from South Africa in 1990. 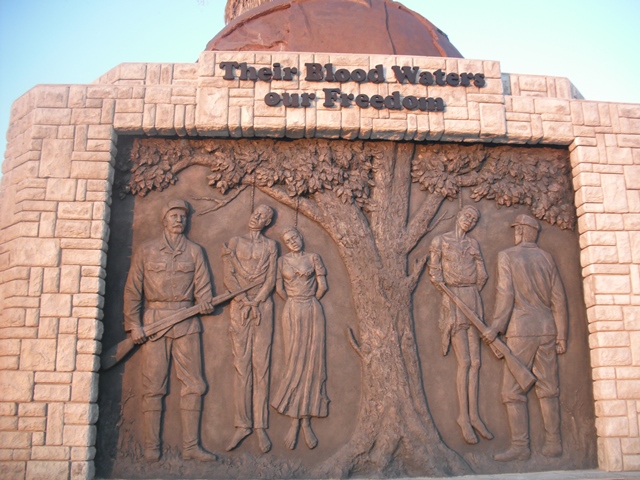 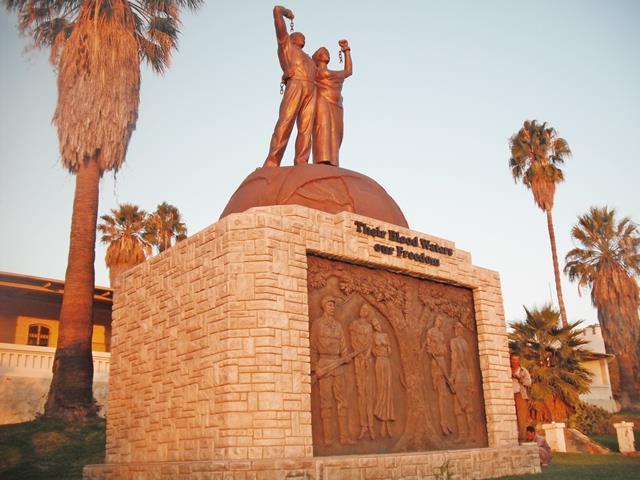 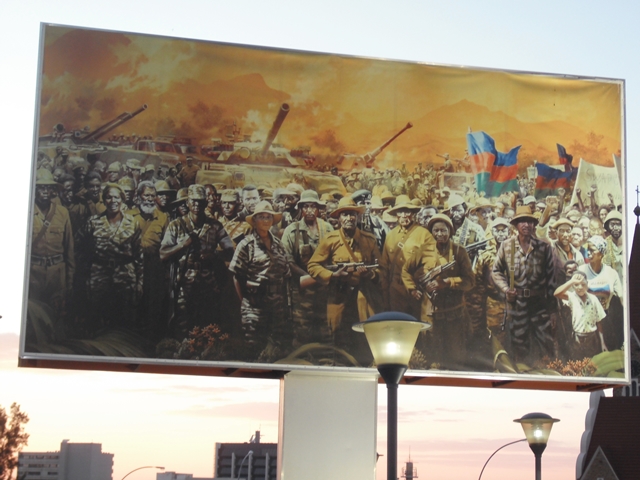 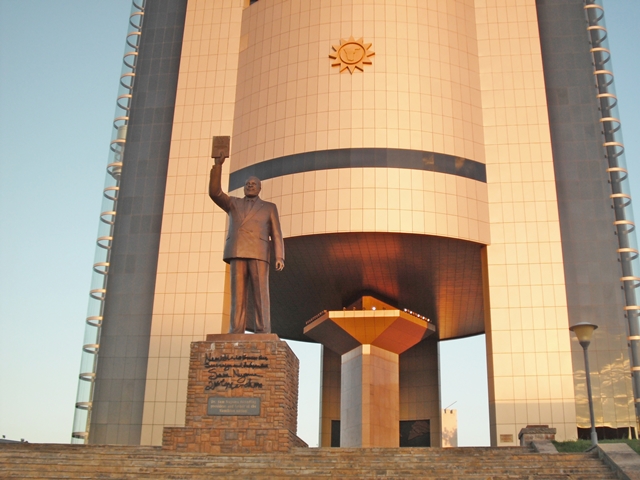 And that was Namibia. I enjoyed my stay there and I hope I will get another opportunity to return again.