The other day, I visited the capital city of Kampala, in Uganda.

The last time I was in Kampala had been in August 2010, when I attended a week-long journalists workshop. At that time, we had just found out that we were expecting our first baby -Kitty, and it was such an exciting time for his father and I. While in Kampala, I remember being very careful about what I did and what I ate. I also was also in constant communication with Baba Kitty, updating him about how I was feeling. Not that there was anything much because I was just about three weeks pregnant then. But all the same, I just wanted to share every little bit of the pregnancy with him. #firstimemom

Now, returning to Kampala six years later, with Kitty all growned up and with a little brother to boot, it was such a nostalgic moment for me.

I remembered all the fears I had then -anticipating that I was going to become a mom, and wondering what kind of mom I would be. Six years later, all I could do was thank God for his blessings because it has been a great motherhood journey for me. Of course with its ups and downs, but nothing comparable to the joy that it has brought.

So anyway, the one thing that struck me most in Kampala this time, and which I didn’t get to experience the last time I was there, was Nsenene. Nsenene are these grasshopers that are a great delicacy in the ‘Pearl of Africa’. I first saw Nsenene while in traffic. What happened is that I saw a hawker carrying some stuff in transparent polythene bags, and he seemed to be making great sales. As he approached our vehicle, I asked Musoke, the cab guy, what those were. Musoke told me they were grasshoppers. I gasped! Grasshoppers? Being hawked in traffic? How now?

Anyway, I told Musoke to call over the hawker so that I can see how the grasshoppers look like. Eehhh, this is how they looked like. 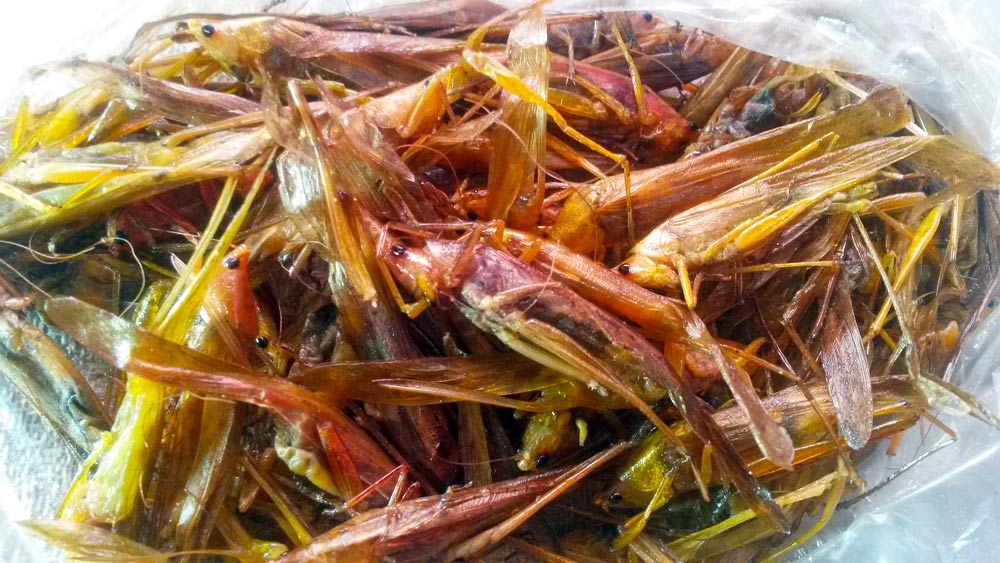 After buying a bunch of them, Musoke invited me to the snack. He even gave me instructions on how to enjoy the delicacy. He told me that you first remove the wings and the legs before eating them otherwise you’ll choke on them. He did so, and asked me to try them. I looked at the Nsenene…