On parenting, how has life been like raising his sons on his own? Haroun is now four, while Henry is two.

“It is a demanding responsibility, because being the only parent, I have to play a role ideally meant for two,” he says.

He points out that his routine revolves around his sons, his job, and church. He spends most of his Saturdays doing fun activities with his children, such as bike riding, swimming and playing other outdoor games.

Every evening, just before the boys go to bed, they read the Bible and pray together – they always mention Claris in their prayers, which sometimes makes George get emotional.

“When this happens, Haroun comforts me by telling me that his mum is in heaven and watching over us. He assures me that we will all see her again someday.” 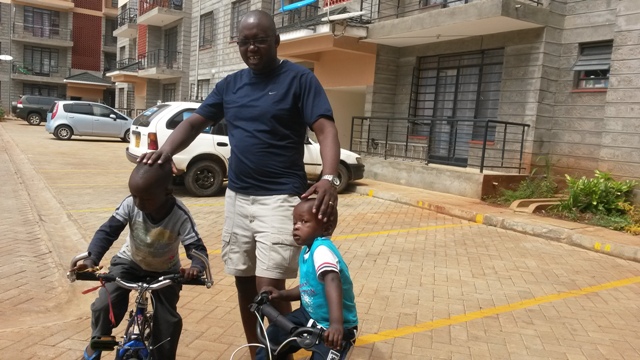 As it is with all young children, Haroun and Henry fall ill once in a while – between them, they have been admitted in hospital four times.

Each time, George has taken his leave days and stayed in hospital with the sick child. The latest such episode was just a week ago when Haroun was admitted for three days, suffering from mumps. George says that since it is women who are often admitted with their children, he is always the odd one out, but this does not bother him, and no, he has never considered asking a female relative to help out.

“Why should I, yet it is my responsibility? I am their father, and therefore the best person to look after them.”

Two weekends ago, George marked two years since his wife’s death. He says he is still on the journey to healing.

What advice would he offer someone who finds himself in a situation similar to his? 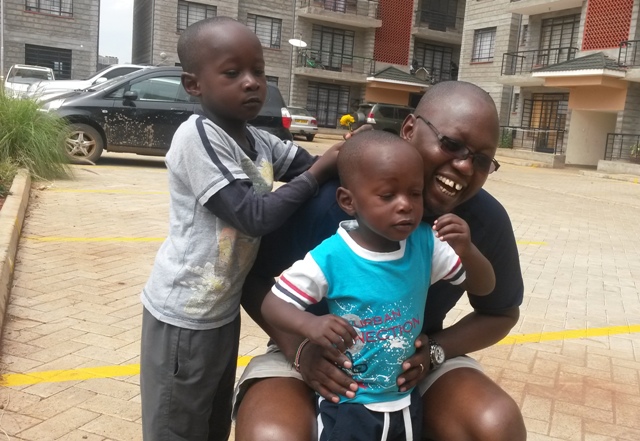 I first published George’s story in the Daily Nation.

You may also like the following articles on pre-eclampsia:

“The Day I Almost Lost my Life” –Carline Gachii

Pre-Eclampsia: All you Need to Know