Angel remained admitted in the newborn unit, with her mother having to express breast milk every so often so that she could be fed through a drip. On the fourth day, Winfred’s parents came to visit the new mom and baby. Winfred recalls the moments.

“When my dad saw Angel, he cried. She lay there, so lifeless, with tubes all over her body. My dad became so emotional as he held her little hand in his. It pained him more when he saw the state I was in; my eyes were swollen, tired from the endless tears I had shed.” 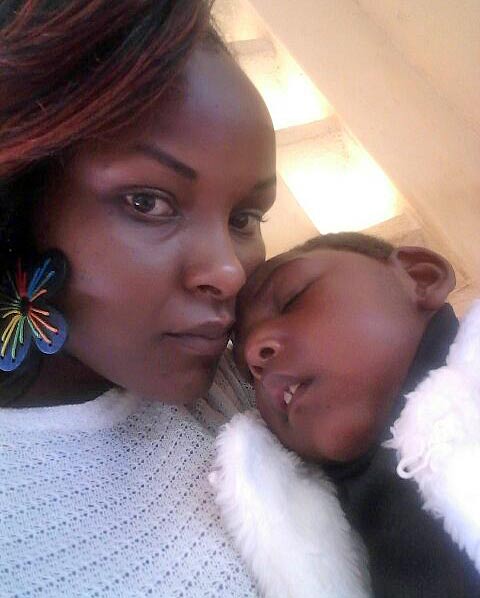 It didn’t help matters much that Winfred, who had been rejected by her boyfriend after she informed him of her pregnancy, was sharing a ward with other happy mothers. She would see them cuddling their newborn babies, breastfeeding, laughing and celebrating. Seeing the jubilant moms made her involuntarily shed tears, wondering what she had done wrong to God that had resulted in her getting a sick baby.

“It was painful. I would just lie on my bed and cry, asking God why. I remember one time I peeked into Angel’s file and read the words ‘severe’. I cried ‘yangu yote’ as I interpreted that to mean that she was just about to die.

Later on that afternoon, Winfred decided to surrender her baby to God.

I told Him to take my daughter because I felt that he had abandoned me. I just felt so hopeless. Every time I looked at Angel, my heart would become weaker and weaker.”

“I was watching her being given her regular medication by the nurse when suddenly, she jerked. She yawned and stretched, lifting her little arms. I jumped up and down in jubilation. That was the first time that Angel had moved since she’d been born. To me, that was a sign that God had not forgotten me, just when I was on the verge of giving up. I was ecstatic!” 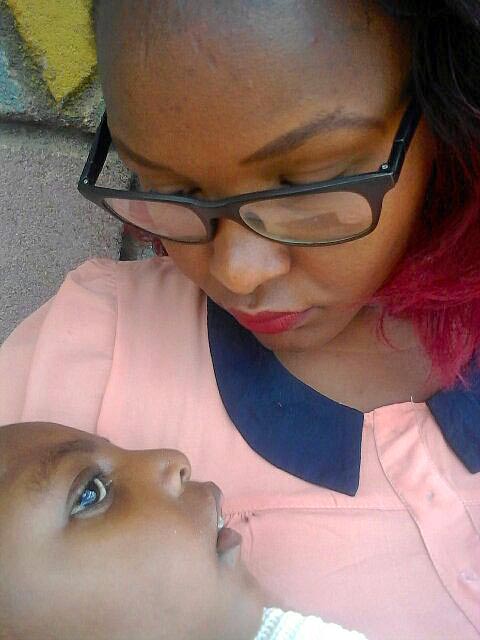 Angel stayed in hospital for two weeks before she was released to go home with her mother.

But the bad news was not yet over for Winfred.

When Angel was three months old, Winfred noticed she was not hitting her milestones like other children her age.

“She wasn’t active; she was never able to hold me and she wasn’t able to kick her legs about. Basically I noticed she didn’t seem to have much limb movement and this worried me.”

At the doctor’s Winfred was given news she hadn’t expected.

“Your daughter has a condition called Cerebral Palsy (CP), which came as a result of your prolonged labor. The baby then became distressed, causing her to lack oxygen in her brain. Winfred, you have to be strong, because your daughter will have a lifelong condition that you’ll have to learn how to manage,” the doctor said.

The news shattered her, as she tried to think back to her days in labor. If the medics at the public hospital hadn’t been on strike, then she could have been well attended to and delivered her baby well. The trips in between one private hospital to another had only served to prolong her labor.

That notwithstanding, Winfred heeded her doctor’s advice; she had to be strong for her daughter. And that is exactly what she has been doing. Loving and accepting Angel as she is, and dotting on her just like any other mother.

“It’s not been easy, I must admit. Raising a special needs child requires a immense strength and perseverance,” she says.

Also Read: “Accepting that Safari is a Special Needs Child has not Been Easy” -Tata Nimmo

When Angel was four months old, Winfred decided to look for her father.

“I just wanted to inform him that I had gotten a baby, since he’d never even bothered to enquire about us since he left after I broke the news of my pregnancy to him. I also didn’t want to be blamed for denying him the chance to be in Angel’s life.

So we agreed to meet somewhere at a bus stop. While I arrived there punctually, I waited for him for three hours before he eventually turned up. After the pleasantries, I handed Angel over to him, so that he could carry her for the first time. I hoped that would begin bonding then.”

However, his reaction shocked Winfred.