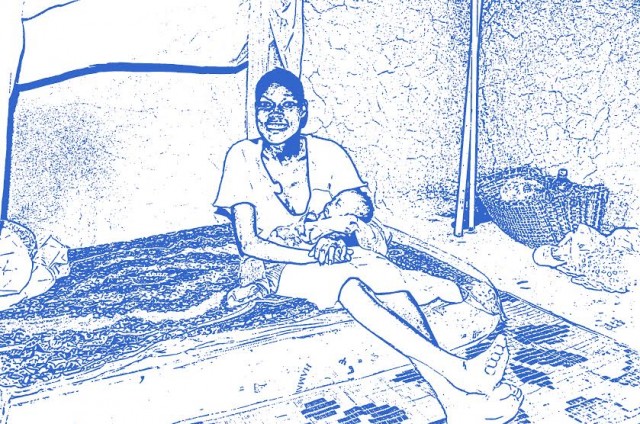 When I was in high school, one girl joined the school in the middle of second term. 98 per cent of the school population was from Nairobi, so when the girl joined, she easily stood out. She was a tall (very tall) dark beauty, who spoke little English. And when she did, her English had a thick accent that was clearly not ‘Nairobian’ (you can always tell a Nairobian by his speech).

From the little we got from her, we understood she was from Sudan and had fled the civil war. She was one of the lucky ones to have made it out of the country alive. As she told her story, we learnt that she and her brother had trekked from Sudan to the Kenyan border and found settlement in one of Kenya’s refugee camps. It was a horrific experience, she said. She and her brother had no idea what had happened to the rest of the family.

The girl had made it to our school courtesy of an NGO that had identified her potential while at the camp, and pledged to sponsor her education. With that second chance at life, she was determined to carve a great future for herself. That was over 20 years ago. I don’t know where she is today, but I know she completed high school. With the kind of determination she had, I have no doubt that she created a great future for herself.

The reason I’ve remembered that girl from high school is because I have read the story of Sarah, which I will share with you today.

18 year-old Sarah* is from Upper Nile, South Sudan. She has lived in Kule refugee camp in Gambella, Ethiopia, since 2014. Her story is like that of many other refugees –just like the girl I knew from high school. Sarah was separated from her family as they fled the conflict in their country. Travelling to Gambella from South Sudan was a grueling journey for Sarah, who has a physical disability. She was lucky to have her grandmother with her but to date, she still doesn’t know what became of her brothers, sisters and the rest of the family.

“It greatly pains me. My heart is filled with constant worry as not a minute goes by without me thinking about my dear ones. Everything back home in South Sudan got destroyed, and I don’t know about the whereabouts of my family. It is a very bad situation to be in.”

It took she and her grandmother a grueling five days to reach their destination, passing through harsh and dangerous terrain.

“It was horrible. We saw many people get kidnapped, raped and others killed. It was bad,” Sarah says. Thankfully, she and her grandmother arrived at the Kule refugee camp in Gambella in one piece. She was more than relived. But just for a minute.

Sarah’s relief was cut short when just after spending a short while at the camp, she was raped. And while still trying to come to terms with the traumatic sexual assault experience, she found out she had conceived from it. Could life get any more difficult for the already traumatized, emotionally and physically exhausted teenager with a physical disability?

Nine months later, Sarah gave birth to a baby boy. Thankfully, while at the camp, her salvation came through Plan International –one of the NGOs working in Gambella. Through Plan, Sarah was able to receive psychosocial support which has helped her deal with some of the trauma she’s gone through ever since she left the comfort of her home in South Sudan.

Aside from that, she was able to receive a few necessities from them such as a blanket, mattress, and a hygiene kit. They also visited the baby and monitored his progress. Plan also linked Sarah to other organizations within the camp where they were able to access food and other nutritious supplies. Refreshingly, Sarah is comforted by the fact that her child will also receive an education, because Plan International has constructed a school at the camp. But even more importantly, she plans to enroll in a school at the refugee camp, because she desires to continue with her education. Sarah is optimistic about her future and that of her three-month old son, and she is taking it one day at a time.

The reason I am talking about Sarah today is because I believe that she can achieve her dreams. Just like the girl from my high school, I do know that there are many refugee children who go on to succeed in life because of the assistance of others.

This week, as we celebrate the Day of the African Child, with the theme being children in crisis situations, we remember teenagers like Sarah, who become mothers while they are still children themselves. Mothers who do not have the same privileges that we do. Mothers who became mothers out of no choice of their own. Let us think about their children who don’t have the kind of privileges that ours have. But yet, life has to go on.

Let us lend a hand of support where we can.