Home “The Day I Almost Lost my Life” -Caroline Gachii 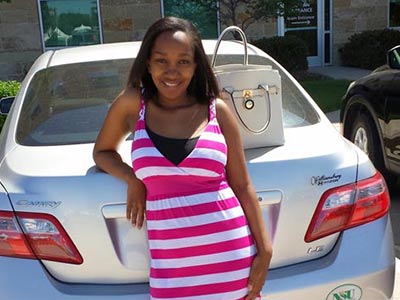 The bleeding worried me, but she reassured me that this was normal. She asked me to return after two days to check on my progress.

Two days later, I was back in her office like she had told me. After examining me, she told me she didn’t feel comfortable sending me home immediately, and decided to retain me for observation and further tests. After 24 hours, the test results revealed that I had low protein in my urine. They also recorded a rise in my blood pressure levels, which was alarming. I ended up being admitted –something I was totally unprepared for because I had simply gone to see my doctor for a regular checkup. My doctor let me know that she wanted me to closely monitor me until I got to 38 weeks, after which she would then induce me.

I remember my thoughts one day when I was 37 weeks pregnant. I was comforted by the fact that my daughter was technically considered full term, and in just a weeks’ time I would be holding her in my arms. But on that particular day, I had a very bad headache that would just not go away. It was more like a migraine and I remember being sensitive to light –something that I hadn’t experienced before. All I wanted to do was rest. I had family friends who come to see me at the hospital and once they left I took a little nap –I was just yearning to sleep so bad.

In the evening, I had my dinner and watched some television, but still kept feeling like I needed to sleep. At 7pm when the nurses did their rounds, I requested the nurse on duty to just let me sleep without much interruption. But three hours later, at 10pm, I woke up feeling nauseous and sick. I immediately paged my nurse and by the time she came to my room, I was seriously vomiting.